Yan Bingtao: China Snooker Prodigy Whose Family Risked it All 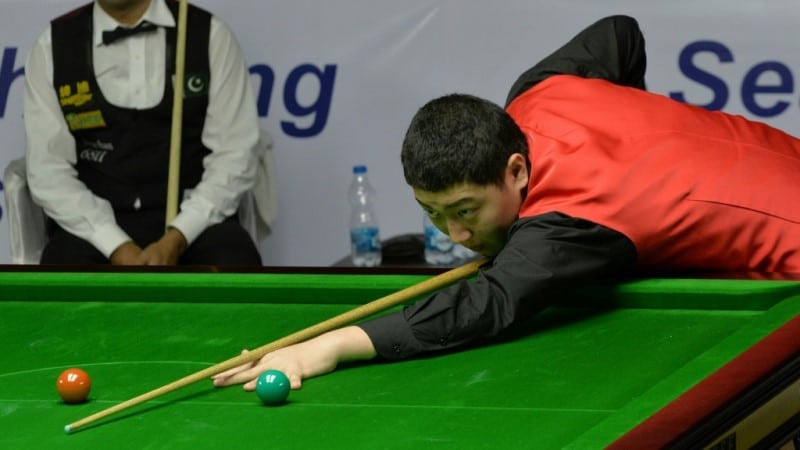 Yan Bingtao has risen from a poor working-class background and playing to support his cancer-stricken mother to become China’s latest sporting prodigy.

It was world number 11 Yan’s first major title and he is just a year older than Ronnie O’Sullivan was in 1995 when he won the Masters at 19, also beating Higgins.

“I’ll be very surprised if he doesn’t win at least one or two world titles,” O’Sullivan, a six-time world champion, told Eurosport.

Nicknamed “The Chinese Tiger”, Yan’s roaring triumph in his Masters debut is the culmination of a long struggle which at times seemed destined to end in a heart-breaking whimper.

He was born in Zibo, in China’s eastern province of Shandong, on February 16, 2000 and his first taste of holding a cue was on a rickety outdoor billiards table when he was seven years old.

“I remember that it was uneven, there were leaves in the corners and the white ball went in a strange way,” the state-run People’s Daily quoted him as saying last year.

But Yan had talent and hoping that his boy had a future in the sport, his father Yan Dong quit his job at a pharmaceutical factory.

Against the advice of friends and family, the pair left home and Yan quit school aged eight or nine so they could pursue his snooker dreams in Beijing.

“To save money my father and I rented a room in the suburbs with just a bed and desk, costing 280 yuan ($45) a month,” Yan said, comments that were widely regurgitated following his Masters feat.

They could not afford heating and it was so cold that they wore their coats indoors, Yan once told Chinese media.

Father and son struggled to make ends meet and they admitted defeat, returning home to Zibo.

According to some accounts, the family sold most of their possessions to fund Yan’s career.

In 2013 they were plunged into crisis when Yan’s mother, the family bread-winner, was diagnosed with rectal cancer and needed an operation.

Earning the money to fund his mother’s recovery motivated him to enter “more and more” tournaments, the People’s Daily said.

At 13, with his reputation on the rise, Yan began competing as a wildcard at professional events.

A year later, in 2014, Yan became the youngest winner of the World Amateur Snooker Championship.

He has been on a sharp upward trajectory since, turning professional in 2015, moving to England to further his career and capturing his first ranking title in Riga, Latvia in 2019.

Sheffield-based Yan collected £250,000 ($340,000) with his Masters triumph — the biggest payday of his fledgling career — and is widely praised for his dedication and hard work.

He is prime among a number of upcoming Chinese players and touted in domestic media as the successor to 33-year-old Ding Junhui, who has long been the country’s best player and an inspiration to Yan.

Many observers, including O’Sullivan, highlighted the new champion’s poise and maturity in storming back from behind to stun Higgins. At 45, the Scot is old enough to be Yan’s father.

In a touching denouement, Yan’s girlfriend translated his post-match interview into English on television.

But Yan’s thoughts inevitably soon turned to the two people who gambled everything for him.

“My mum and dad were watching on TV, they probably didn’t sleep tonight,” Yan said.

“They have always told me to never give up and to enjoy my life.”