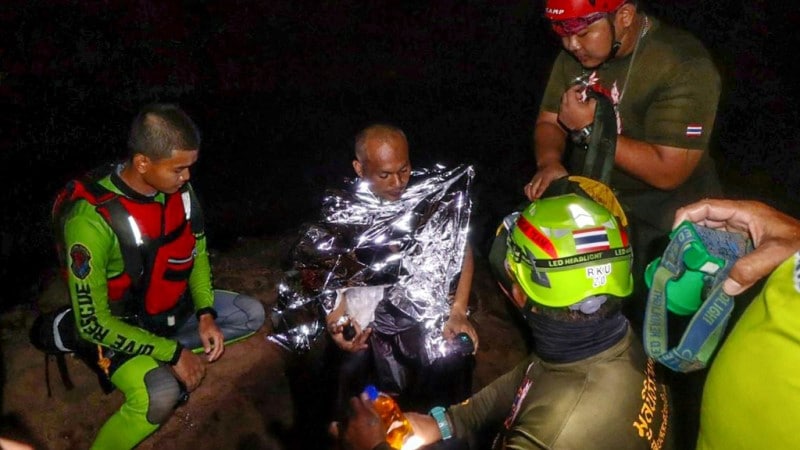 Rescue divers have freed a meditating Buddhist monk from a flooded Thai cave in scenes that echoed the high-profile 2018 rescue of a trapped boys’ football team.

Manas Kemgoh, 46, was on a pilgrimage when he entered the Phra Sai Ngam cave in Phitsanulok province, in the country’s north, on Saturday to meditate.

The monk, wearing only simple brown robes, was trapped inside the cave by severe flooding, until rescuers were able to reach him.

“The rescue foundation was informed on (Tuesday)… by an abbot that a monk was missing and he suspected he had gone into a cave to meditate,” rescue worker Weerapong Jaighum told AFP on Thursday. 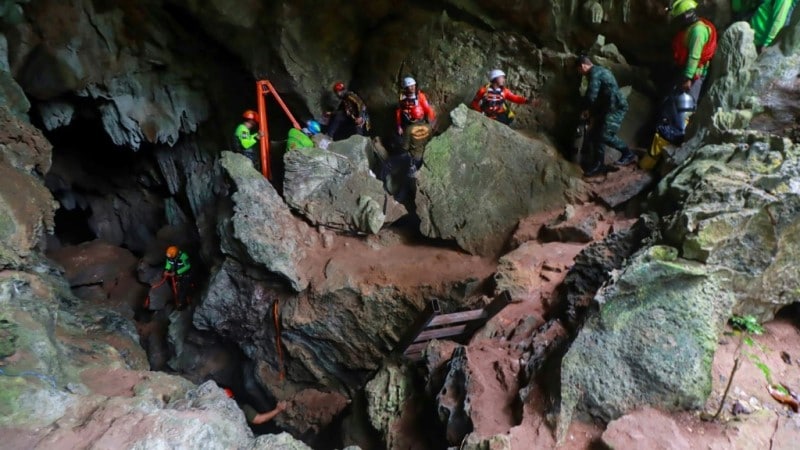 A major operation was launched to rescue the monk

A team of divers were dispatched on Tuesday, but quickly ran into trouble.

“A lot of stalactites inside the cave made it difficult for divers’ rescue operation,” he said, adding that heavy rainfall eventually forced them to abandon the search.

On Wednesday, they mounted a second rescue operation, involving 100 people.

A small team reached the monk and wrapped him in a foil survival blanket to keep him warm while they checked his state of health.

“The water level receded on the second day so we didn’t have to use water pumps to pump out trapped water inside the cave,” Weerapong said.

He said the monk had swimming skills, had previously been diving and was able to cope well with the rescue.

The monk is now in hospital with a slight fever and health workers will continue to monitor his condition. 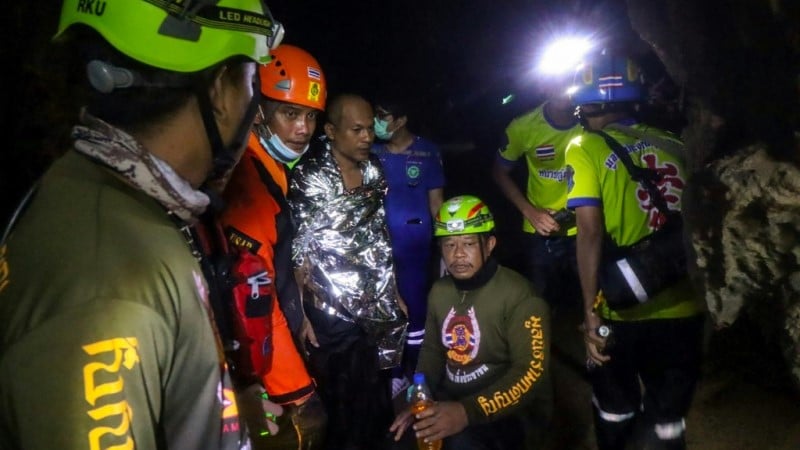 The case drew comparisons with the extraordinary saga of the “Wild Boars” football team that captivated the world in 2018.

After an 18-day ordeal, the 12 young boys and their coach emerged safely from Tham Luang cave in northern Thailand after a rescue mission involving foreign expert divers and the Thai navy.

The team became global celebrities and have since toured the world. 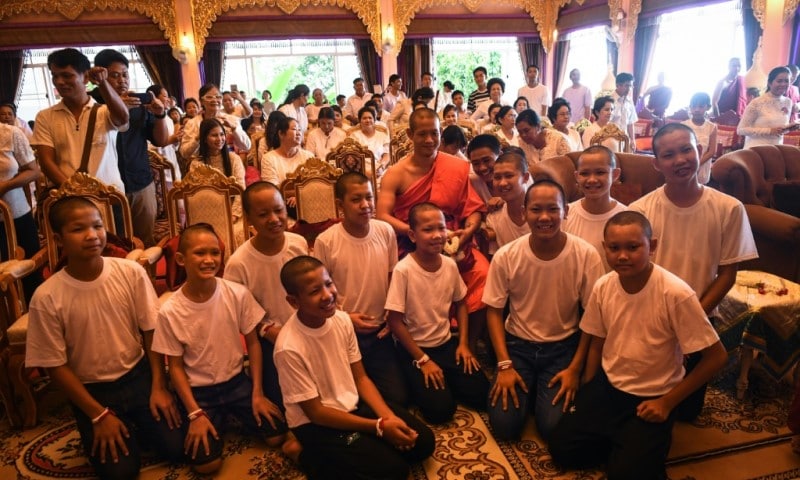 The rescue has also attracted filmmakers eager to capture the dramatic operation onscreen — with Netflix nabbing the rights to tell the story.

Another film, “The Cave“, made it to silver screens in Thailand in 2019, focusing on the rescue efforts and even starring one of the foreign divers playing himself.