Fugitive Myanmar Monk Gives Himself up after 18 Months on Run 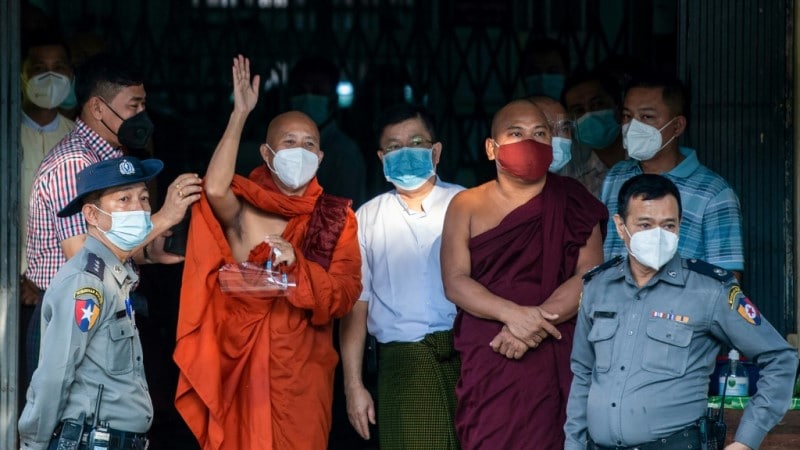 A hardline Buddhist monk turned himself in Monday after 18 months on the run — and less than a week before Myanmar’s national elections — a move analysts described as a bid to “influence” the vote.

Once dubbed by Time magazine as the “Buddhist Bin Laden” for his role in stirring up religious hatred in the Buddhist-majority nation, Ashin Wirathu has been on the run since police issued an arrest warrant in May last year.

The 52-year-old has long been known for his nationalist anti-Islamic rhetoric — particularly against the stateless Rohingya Muslim community.

But it was his outbursts against civilian leader Aung San Suu Kyi and her government last year that prompted the arrest warrant for sedition. 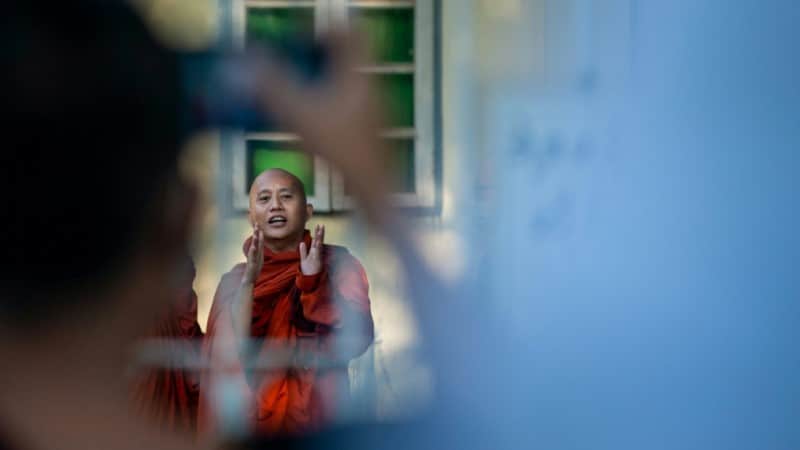 After a year-and-a-half as a fugitive, a video posted online Monday showed him speaking to supporters in Yangon, wearing a face mask and shield against coronavirus.

The government “forced me into this situation”, he said, calling on Myanmar citizens to vote out the “evil” National League of Democracy (NLD) party from power.

“I will go to the police and do whatever they ask of me,” he added, before climbing into a taxi.

Wirathu could face up to three years in jail if found guilty of attempting to bring “hatred or contempt” or of “exciting disaffection” towards the government.

In 2017, Myanmar’s highest Buddhist authority banned the monk from preaching for one year over his tirades.

After the ban expired, however, the pro-military preacher once again became a regular at nationalist rallies, where he accused the government of corruption and fumed against its failed attempts to re-write the junta-scripted constitution.

Yangon-based analyst David Mathieson said although the authorities could have found him if they had really tried, they were probably loath to stage a risky arrest that could have given him a surge of support.

“He wants to be a martyr so why give him the oxygen to achieve that?”

Facebook, which banned him in 2018, told AFP it had taken down a “number of reported videos related to today’s events” and was working fast to prevent others from sharing them.

Suu Kyi’s NLD party is widely expected to be returned to power in the November 8 polls in spite of widespread discontent in ethnic minority areas.

“By grabbing headlines just before elections (he) will hope to portray the NLD government as the enemy of Buddhist nationalism,” Horsey said, adding the monk’s message would be unlikely to resonate beyond a small coterie of hardcore nationalists.