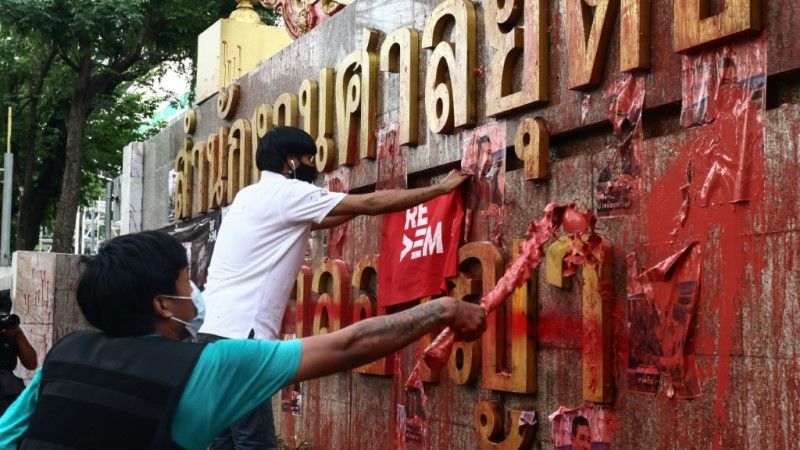 Hundreds of Thai protesters hurled red paint, tomatoes and eggs at a Bangkok court Sunday, demanding the release of all political detainees, including an activist who was hospitalised after a hunger strike.

The student activist Parit Chiwarak — widely known by his nickname “Penguin” — has been held on remand since being charged in February under Thailand’s strict royal defamation laws. He has been denied bail repeatedly.

He faces more than a dozen charges for his role in protests last year against the government of Premier Prayut Chan-O-Cha, which also called for reforms to Thailand’s unassailable monarchy.

On Sunday, hundreds of protesters gathered in front of Bangkok’s Criminal Court to demand Penguin’s release — and that of other detained activists involved in the pro-democracy movement. 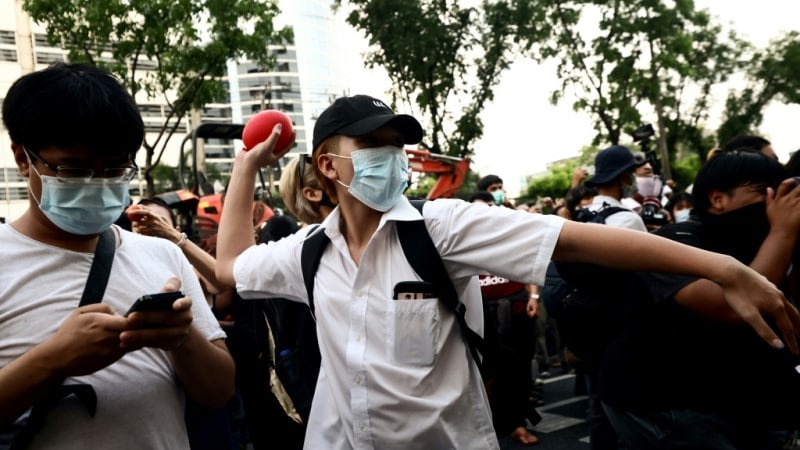 “We are here today to show that there is injustice,” shouted a protest leader.

Demonstrators chanted “release the political prisoners” and waved a three-finger salute — a symbol of resistance for the pro-democracy movement.

They sloshed red paint all over the court’s entrance, where they had plastered posters of the judge who protesters believed had denied Penguin’s bail.

By around 6 pm, the group dispersed.

Penguin has lost more than 12 kilograms since he began a hunger strike on March 16, and officials transferred him to hospital on Friday amid concerns his health was deteriorating.

Student-led demonstrations in Bangkok last year drew tens of thousands at their peak, but the movement has petered out this year amid increasing restrictions on public gatherings due to rising Covid-19 cases.

The movement broke long-held taboos by calling for reforms to the monarchy, in a country where the royal family is considered untouchable and has been treated with reverence for decades.

The king and his family are protected by tough lese majeste laws, which carry prison terms of up to 15 years per charge.

At least 70 activists from the pro-democracy movement are currently facing royal defamation charges in Thailand.