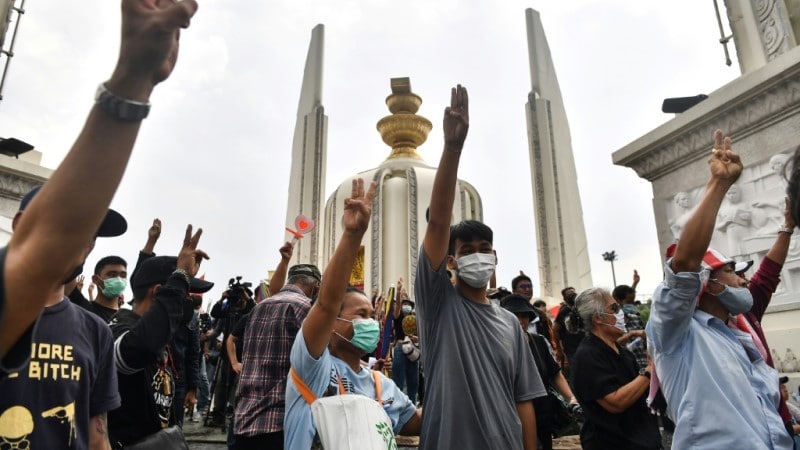 The three-fingered salute from “The Hunger Games” movies flashed by Thai protesters at the royal motorcade this week has become the primary symbol of resistance in the kingdom in recent years.

The gesture is a way to signal support for greater democracy, but also anger towards the country’s royalist military establishment at a time when entrenched inequality is worsening.

The salute first emerged in 2014 to signal defiance against a military regime which seized power in a coup, suspending democracy and curtailing free expression.

That coup leader — former army chief Prayut Chan-O-Cha — is now the Prime minister and the main target of protesters who have also broached the once unassailable subject of reforming the fabulously wealthy monarchy. 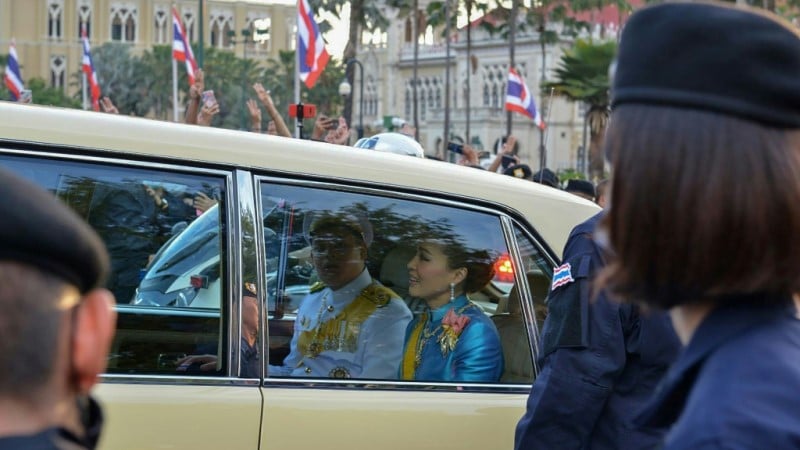 In the “Hunger Games” books abd movies, the residents of a dystopian future North America — who are forced to compete in a televised death match — initially use the gesture to mean thanks, admiration and good-bye to someone they love.

But it morphs into a more general symbol of an uprising against their wealthy, totalitarian overlords, who live in a luxurious capital, protected by a zealous military.

The message resonated in Thailand, where a hugely disproportionate chunk of wealth is concentrated in the hands of a small Bangkok minority, and where generals have launched repeated coups to protect their interests.

In the immediate aftermath of the 2014 coup, pro-democracy Thais used a host of innovative tactics to defy a ban on public gatherings.

Some handed out sandwiches at impromptu picnics. Others read copies of George Orwell’s dystopian novel “1984”.

But it was the simple three-fingered salute that caught on.

In the years since, it has been frequently invoked, thrust simultaneously by huge protest crowds and flashed by prominent activists as they walk into court or are bundled into police vans. 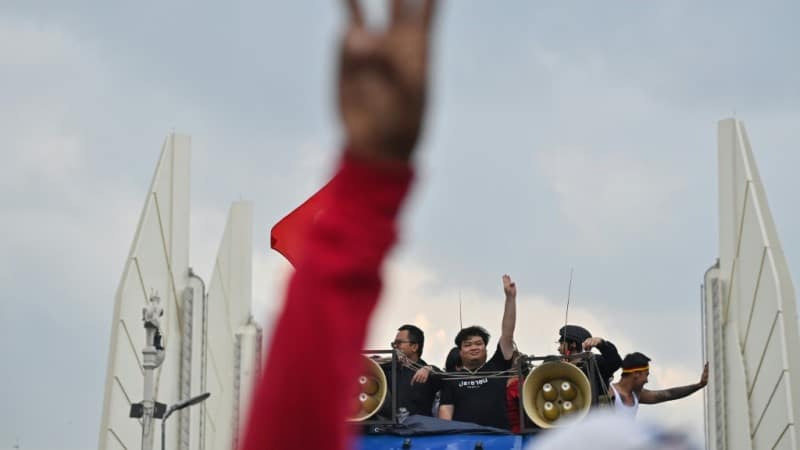 Jenny, who has joined this year’s protests as Thailand’s economy is battered by the coronavirus fallout, says the salute encapsulate the democracy movement and public anger.

“In Thailand, there is just one group that has a huge amount of power… and there is a big gap between the rich and the poor,” she told AFP, asking just to use her first name for fear of reprisals.

But she never imagined it would be flashed at the monarchy, an institution that is shielded from scrutiny and criticism by a draconian lese majeste law.

“In the past when the royals drive by, we cannot even walk around the area. We have to stop everything and kneel on the ground,” she said. 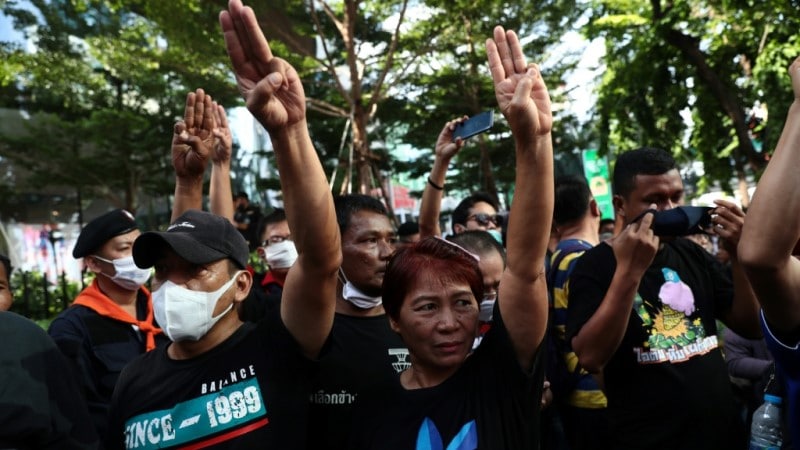 Protesters hold up three-finger salutes in Bangkok, a symbol of defiance against the government

“We are changing a lot… We are breaking taboos,” she added.

The salute has also begun to tentatively spread overseas.

Over the last year activists in Thailand, Hong Kong and Taiwan who are critical of authoritarian China have formed an online movement dubbed the “Milk Tea Alliance” — so named because of a shared love of the sugary drink.

Memes of the three-fingered salute have featured heavily in online discussions and spread.