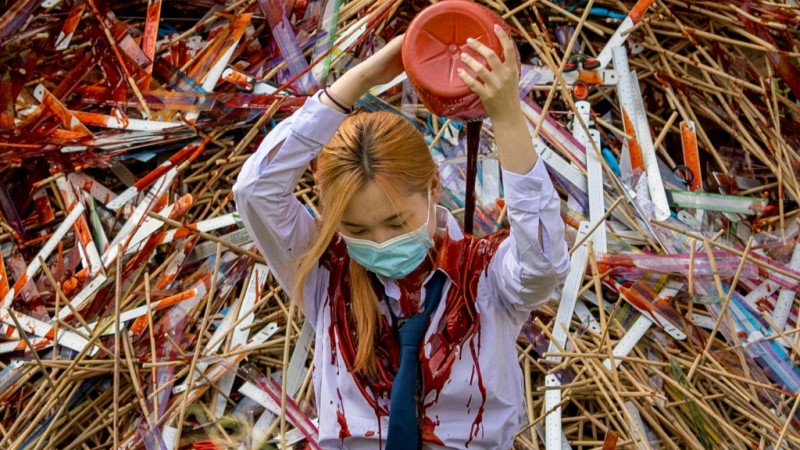 The “Bad Student” group piled rulers, scissors and canes up against the building; then one of their members poured crimson paint over it and herself

Students piled bamboo canes and stationery in front of Thailand’s Ministry of Education and splashed crimson paint on it to protest corporal punishment, one of several protests that took place across the capital on Saturday.

The small demonstration to mark Teachers’ Day was staged by the “Bad Student” group, who have been part of an ongoing youth-led pro-democracy movement that has roiled the kingdom for six months.

The leaderless movement is largely united in its demands for an overhaul to Premier Prayut Chan-O-Cha’s government, and for reforms to the monarchy.

But some have also harnessed the protests to highlight their grievances with the status quo — such as the treatment of various marginalized communities, and the education system. 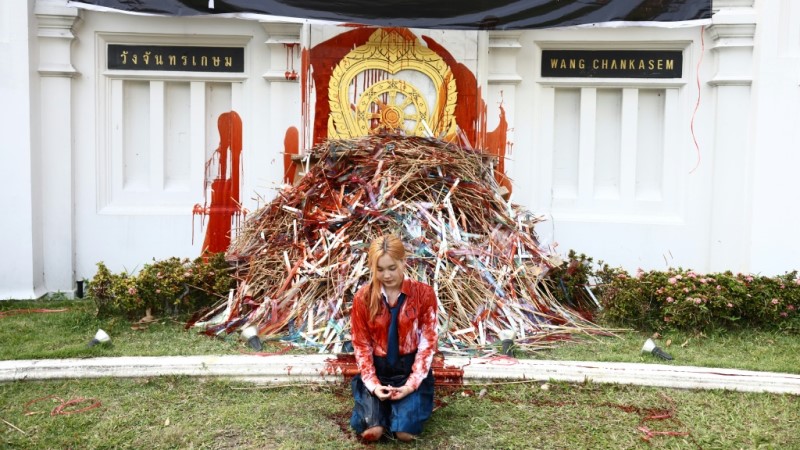 “There’s a beautiful side and a dark side — a side in which teachers hurt students,” said Lapanapat.

“We want to let the ministry know and fix this problem.”

Students face severe punishment and public humiliation if they are perceived to be disobedient.

The Bad Student group — whose tactics have earned its members legal threats — are calling for cultural change, a curriculum overhaul, and a relaxation of rules governing everything from hairstyles to skirt lengths. 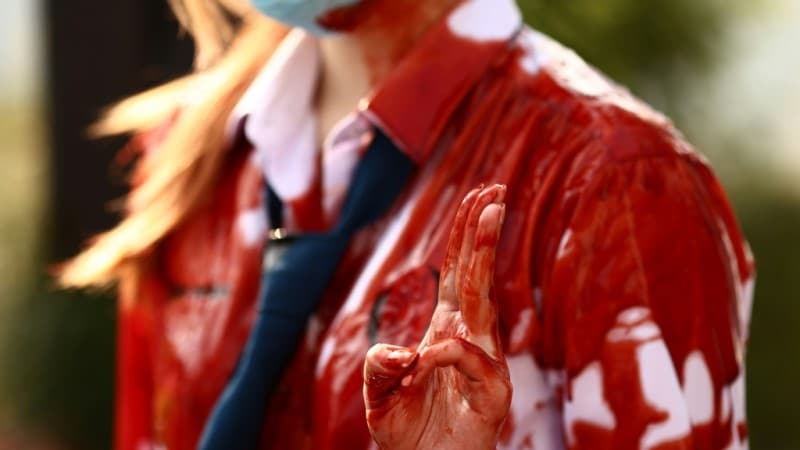 The group is part of Thailand’s ongoing youth-led pro-democracy movement, which has adopted a three-fingered salute from “The Hunger Games” films

On Saturday, a female student in a school uniform threw blood-red paint at the ministry’s entrance, which had rulers, scissors, and slender bamboo canes piled high in front of it.

Then she poured the paint on herself, saying it was symbolic of “students’ experience in school”, and held up the three-finger salute — a gesture the pro-democracy movement has borrowed from “The Hunger Games” film trilogy. 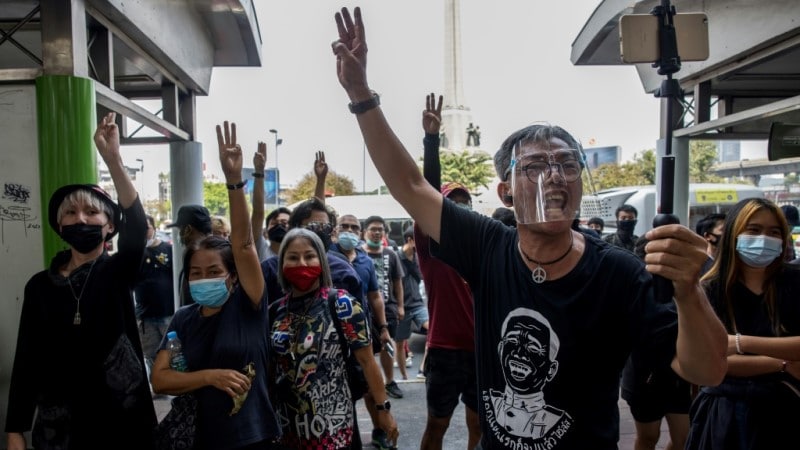 Earlier Saturday, another group gathered at Bangkok’s Victory Monument to unfurl a 112-meter (370-foot) long banner criticizing the kingdom’s draconian royal defamation law — which shields Thailand’s monarchy from criticism and is referred to as section 112.

At least two protesters were arrested by police who said the group was violating anti-gathering rules, and the demonstration was dispersed. 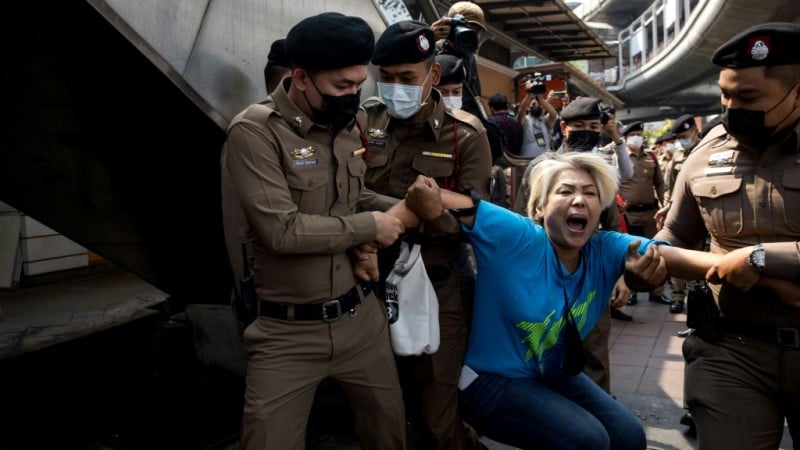 The demonstration was dispersed by police, who made at least two arrests; that set off another flash protest calling for their release

But the brief altercation with authorities sent the hashtag “Mob 16 January” trending on Thai Twitter, drawing a flash protest to Bangkok’s Samyan district to call for their comrades’ release.

The three protests came after the national police commissioner on Saturday morning called for a step-up in law enforcement to stop guerilla demonstrations, saying the police “must not hesitate to use force”. 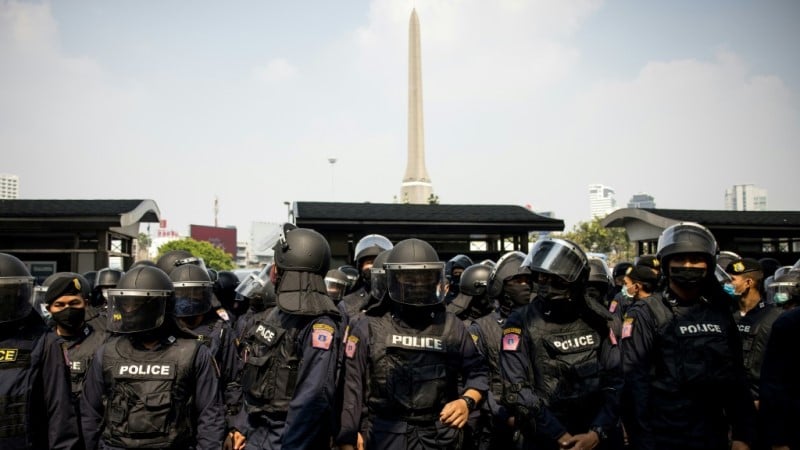 So far, scores of people involved in the movement have been slapped with serious charges like sedition, while more than 40 have been charged under the lese majeste law.