Thai Man Charged with Murder of Swiss Tourist in Phuket 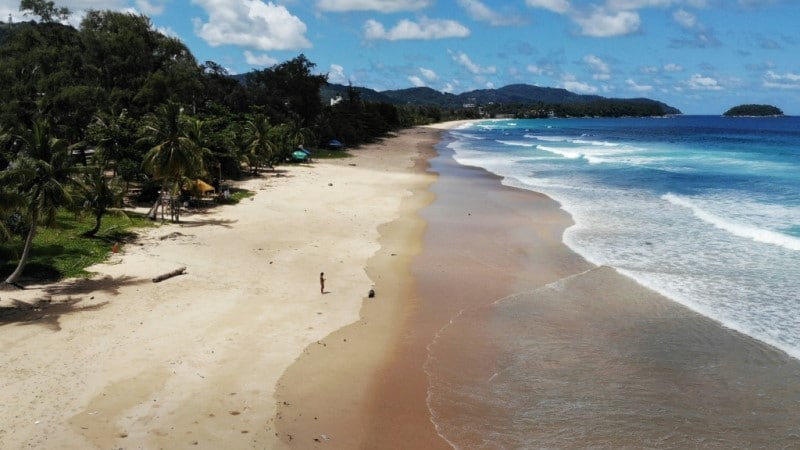 A Thai man was charged with the murder of a Swiss woman whose body was found near a waterfall on the tourist island of Phuket, police said Sunday.

The body of Nicole Sauvain-Weisskopf, 57, was found covered with a sheet on Thursday.

She had traveled to Phuket under a “sandbox” pilot scheme that allows vaccinated tourists into Phuket without a two-week quarantine.

“The cause of death is yet to be confirmed as the autopsy report has yet to be released by authorities,” Kissana said during a press conference.

Theerawut, who attended the press conference via a phone-in accompanied by his lawyer, said he had taken roughly 300 baht ($9) after strangling Sauvain-Weisskopf.

“I would like to apologize to the family of the tourist and plead for all Thais to forgive me,” he said.

He said Theerawut was detained after reviewing nearby CCTV footage, and narrowing their search to the owner of a motorbike seen around the same time that Sauvin-Weisskopf traveled to the waterfall.

“The victim, the family of the victim, and all the people of Thailand deserve a swift investigation of this crime,” a Swiss embassy official said.

The case has cast a pall over Phuket’s sandbox scheme, touted as a way to reopen Thailand’s coronavirus-hit tourism sector after more than a year of strict travel curbs.

More than 16,000 people have arrived in Phuket since the July 1 launch of the scheme.