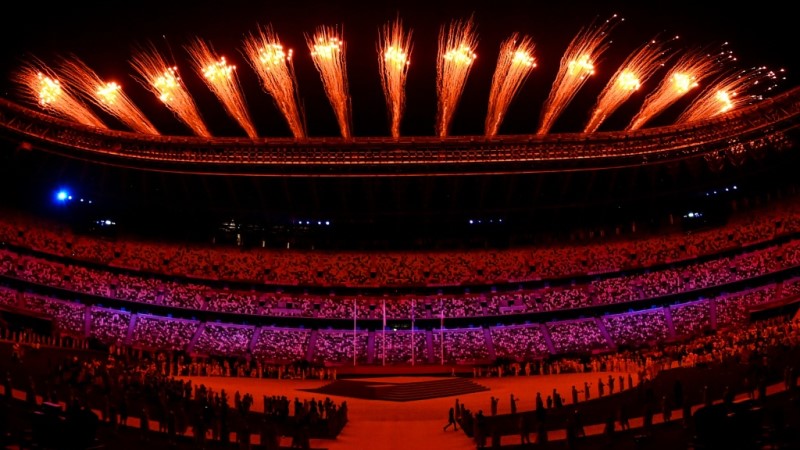 The Tokyo Olympics closed in a blaze of fireworks on Sunday

Tokyo awoke to a huge bill and soaring coronavirus cases on Monday after pulling off a mid-pandemic Olympics that at times looked impossible and had a mixed reception to the end.

Olympic officials have been predictably bullish, saying the Games offered hope and uplifting moments, and went off without any major coronavirus outbreaks.

“These Olympic Games have been a powerful demonstration of the unifying power of sport,” International Olympic Committee chief Thomas Bach said at his closing press conference.

But it will take longer for Japan to reckon with a Games that were highly controversial and unfolded as virus cases exploded in Tokyo and elsewhere. 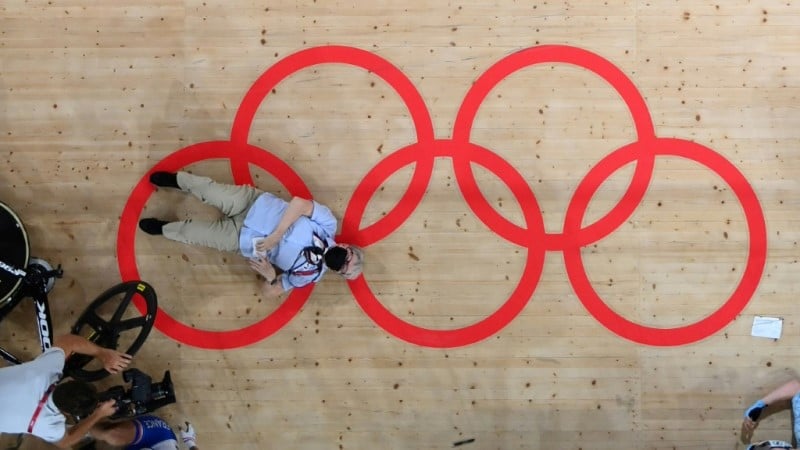 The Asahi Shimbun daily, which had called for cancellation despite being a sponsor of the Games, said the nearly $15 billion event was a “gamble” with people’s lives.

“This gamble went ahead, making the situation worse,” it said on Monday.

A poll conducted by the paper over the last two days of the Games found 56 percent of Japanese supported holding the event, with 32 percent opposed. Just 32 percent said they felt the Games were “safe and secure”, with 54 percent unconvinced.

Tokyo’s 2020 Olympics were unlike any other, starting with last year’s historic postponement that upturned years of planning for athletes.

Restrictions at the Games themselves meant masks for all, cheering for none, and fans banned from almost all venues for the first time. 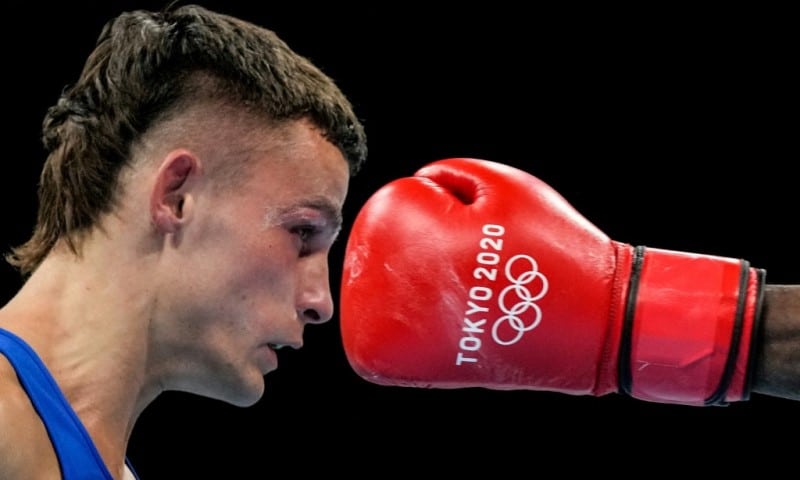 Despite everything, as the Games opened there were signs that Japan’s public might be having a change of heart.

Thousands flocked to the Olympic Stadium for a glimpse of the opening ceremony fireworks and a chance to take their photo in front of the Olympic rings.

When the sport got under way, people defied requests to stay away from events held on public roads, and snapped up Olympic merchandise in stores across Japan.

“If you see these athletes running in front of you, you can’t help but cheer for them,” Hirochika Tadeda told AFP along the route of the triathlon, which passed in front of his home.

Tributes to the athletes were a key theme of editorials in Japan on Monday, with the Yomiuri Shimbun offering “high praise for competitions into which they poured all their efforts.” 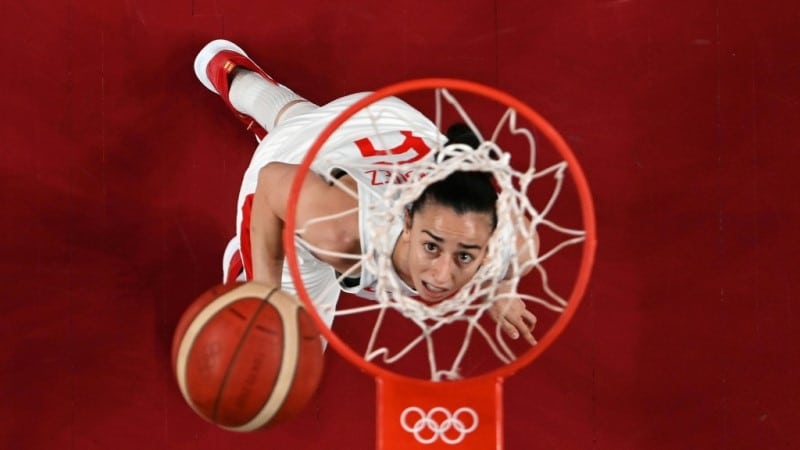 There had been concerns about what the pandemic and the postponement would mean for sport at the Games.

But despite some high-profile disappointments, performances remained impressive, with world records broken and the successful introduction of several new sports including skateboarding and surfing.

The coronavirus cast a long shadow over the Games from the start, and several athletes’ Olympic dreams were shattered by the results of a PCR test.

Most though were just happy the Games went ahead at all.

“Mid-pandemic they successfully held an amazing Olympics. Always greeting us with a smile and so much kindness. Thank you,” wrote Australian footballer Alanna Kennedy on Twitter. 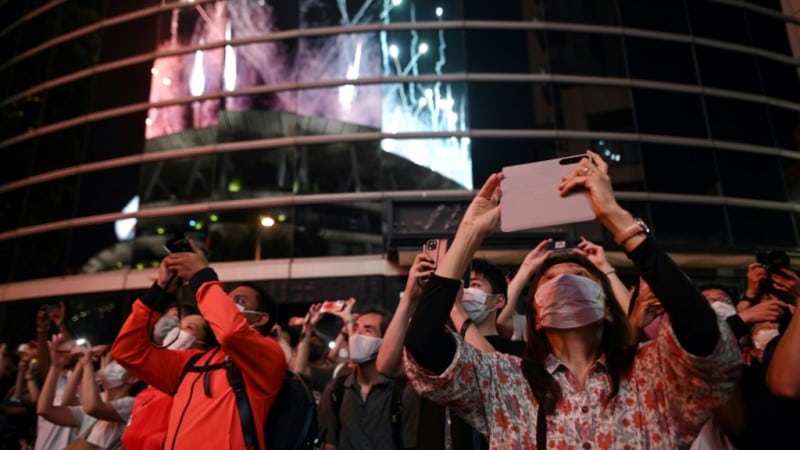 Fans were locked out for most of the Olympics, including the closing ceremony

“The Games have been held in the most challenging circumstances imaginable and the organizers have excelled,” added Hugh Robertson, chairman of the British Olympic Association.

The Olympics were also a triumph for Japanese sport, with a record 27 gold medals in everything from baseball to skateboarding.

Japanese Olympic officials said they felt the gold rush drove public support for the Games, pointing to the families who brought children to venues to cheer outside or hung flags in their windows.

But behind the cheering, there is a looming sense of crisis over the sharp rise in virus cases during the Games. 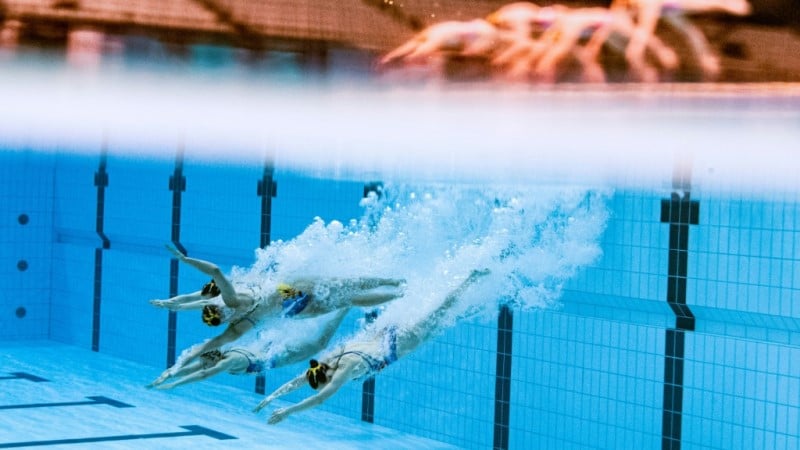 Artistic was one of the closing events on the last weekend

Tokyo and many other parts of the country are under virus state of emergency, and only around a third of the country is fully vaccinated as the Delta variant fuels surging infections.

The issue could weigh on Prime Minister Yoshihide Suga’s political future, as he faces a leadership race and then a general election by October.

For some though, the sporting highlights swept away concerns about the pandemic.

“But in the end the Olympics has brightened up not only Japan but also the world.”