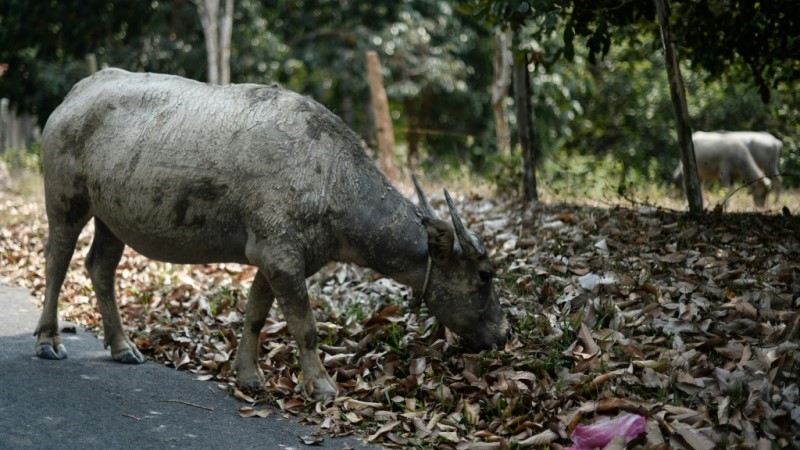 A buffalo in Temerloh, outside Kuala Lumpur. The animals are traditionally viewed as valuable items in indigenous communities in Sabah

A Pakistani man has been fined eight buffaloes and eight gongs by a court on the Malaysian part of Borneo for insulting indigenous groups, an official said Wednesday.

The island is home to a kaleidoscope of tribes and, in the Malaysian part, special courts deal with indigenous laws and customs.

Amir Ali Khan Nawatay was ordered to pay the unusual fine by a native court in Sabah state after he pleaded guilty to making insulting comments about indigenous groups in May and June.

“We want to make this an example so other people don’t do the same thing again,” he told AFP.

“I want to appeal to society that if there are misunderstandings or arguments, don’t mention another person’s race.”

He did not reveal exactly what the Pakistani said. The businessman is a permanent resident of Malaysia, official news agency Bernama reported.

Buffaloes and gongs are traditionally viewed as valuable items in indigenous communities in Sabah, and so can be used as a form of payment to settle grievances or even wedding dowries.

Race is a sensitive issue in multi-ethnic Malaysia, and Sabah is one of its most diverse states, with numerous indigenous groups.

Borneo, shared between Malaysia, Indonesia and Brunei, is home to vast swathes of jungle and numerous exotic species.