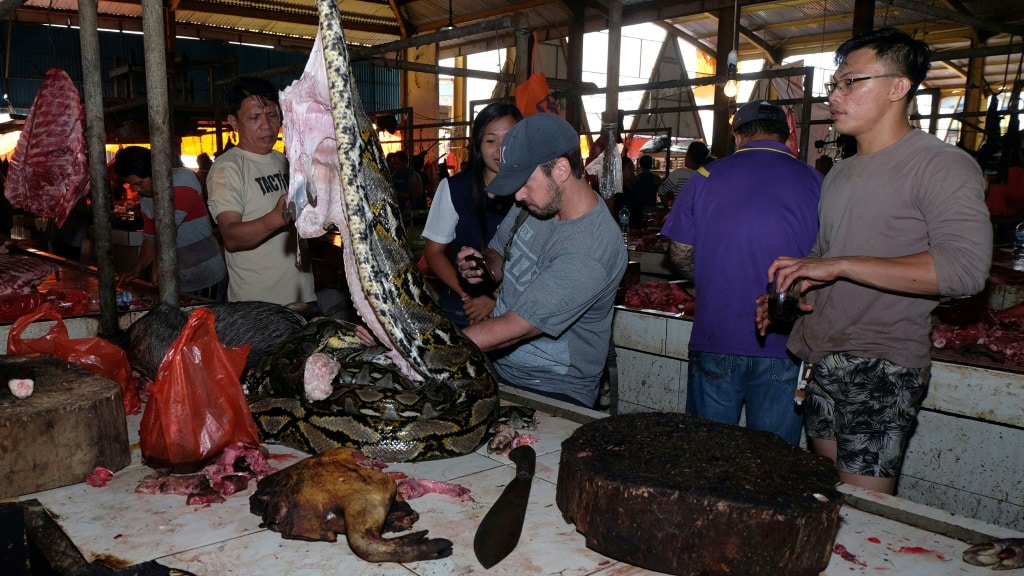 Scientists are debating how the novel coronavirus, which has killed more than 1,100 people in China and spread to dozens of countries around the world, was transmitted to humans

Bats, rats and snakes are still being sold at an Indonesian market known for its wildlife offerings, despite a government request to take them off the menu over fears of a link to the deadly coronavirus.

But scientists are debating how the new virus, which has killed more than 1,100 people in China and spread to dozens of countries around the world, was transmitted to humans.

A wildlife market in Wuhan, the epicenter of the virus, is thought to be ground zero and there is suspicion it could have originated in bats.

The possible link wasn’t on many radar screens at the Indonesian market, however.

Its grubby stalls feature a dizzying array of animals including giant snakes, rats impaled on sticks and charred dogs with their hair seared off by blowtorches — a gory scene described by some critics as “like walking through hell”.

Bat seller Stenly Timbuleng says he’s still moving his fare for as much as 60,000 rupiah ($4.40) a kilogram to buyers in the area, where bats are a specialty in local cuisine. 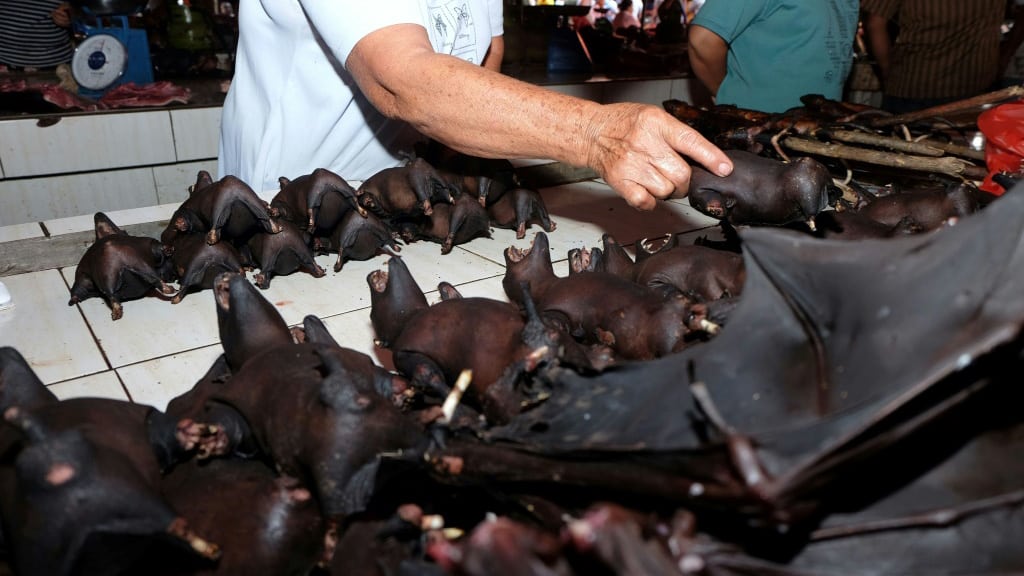 Restaurateur Lince Rengkuan — who serves bats including their heads and wings stewed in coconut milk and spices — says the secret is preparation.

“If you don’t cook the bat well then of course it can be dangerous,” she said.

“We cook it thoroughly and so far the number of customers hasn’t gone down at all.”

This despite a request from the local government and the health agency to take bats and other wildlife out of circulation — a call that has been all but ignored. 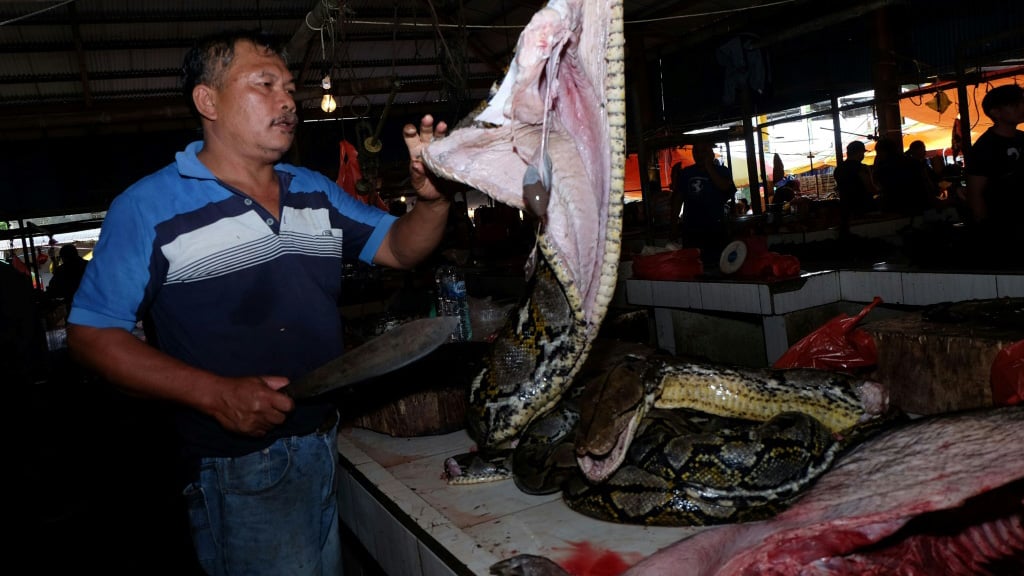 “We’re also urging people not to consume meat from animals suspected to be carriers of a fatal disease,” said Ruddy Lengkong, head of the area’s government trade and industry agency.

Indonesia has not yet reported a confirmed case of the virus.

In the capital Jakarta, vendors selling skinned snakes and cobra blood on a recent Saturday night didn’t have any trouble finding takers.

“It’s good for you, sir,” said one vendor of his slithering fare.

“Cures and prevents all diseases.”