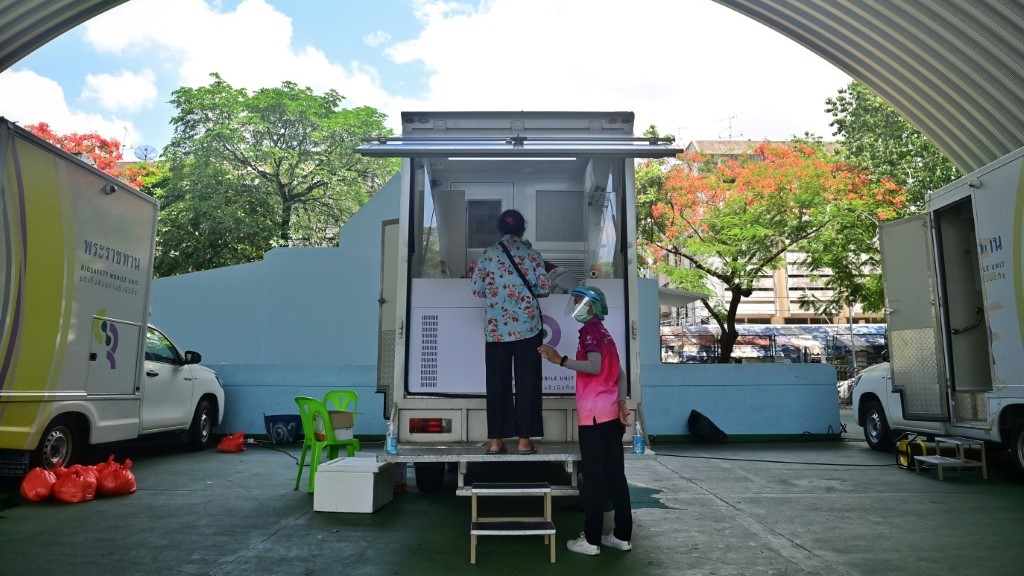 Thailand reported its largest ever spike in coronavirus infections Thursday, with more than half coming from two Bangkok prisons where prominent democracy activists have been detained.

The kingdom is battling a third wave of the virus that has forced the government to impose restrictions on movement, rules on mask-wearing and close public spaces.

Alarm bells sounded this week when an activist at the forefront of Thailand’s democracy movement announced she had tested positive for Covid-19 five days after she was released on bail from a Bangkok jail.

On Thursday Thailand reported more than 4,800 infections — its highest single-day jump yet — which included over 2,800 cases found in two prisons in the capital, according to Taweesin Visanuyothin, a spokesman for Thailand’s Covid-19 task force.

Corrections department official Weerakit Harnpariphan confirmed that another activist held at a Bangkok jail — Panupong “Mike” Jadnok — had also tested positive and had been sent to the prison hospital.

The young student leader was detained on multiple royal defamation charges for his role in a protest movement last year that included calls to reform the once-unassailable monarchy.

Weerakit said Bangkok’s two prisons had tested “100 percent” of their inmates but he did not specify when the testing period began.

Panupong’s lawyer Noraset Nanongtoom said he would file a bail request via video conferencing for the student leader, who suffers from asthma.

“If the court does not allow an inquiry through video conferencing and does not grant bail, Mike will have to return to face a Covid-19 epidemic in prison,” Noraset said on Facebook.

At its peak, tens of thousands flooded Bangkok’s streets calling for the resignation of Premier Prayut Chan-O-Cha and reforms to the powerful monarchy — a once-taboo topic.

One of the activists involved, Somyot Prueksakasemsuk, who was released on bail in late April, said there was no transparency on the virus behind bars.

“We are really angry and we would like them to take moral responsibility,” the 59-year-old told AFP.

Thailand has one of the highest incarceration rates in the world — a result of its harsh drugs laws.

On April 25 the Corrections Department said only 10 new cases had been found at Bangkok Remand Prison but cases jumped to 1,794 this week after the protest leaders raised the alarm.

The department has not since announced fresh figures for other prisons around the country.

“The Thai government needs to be forthright about the Covid-19 outbreaks in its prison system and how it intends to avoid disastrous consequences for those held,” Human Rights Watch’s Brad Adams said.

“It seems they got caught sleeping at the switch.”