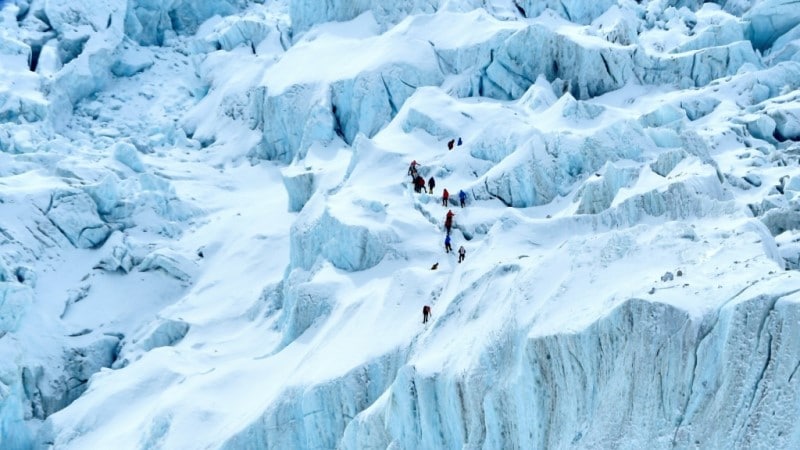 Mountaineers trek near the Mount Everest base camp

A climber from the United States and another from Switzerland have died on Mount Everest, the first fatalities of this year’s season, expedition organizers in Nepal said Thursday.

On average, around five climbers die every year on the world’s highest peak.

But in recent seasons, Everest has seen a surge in the number of climbers, leading to overcrowding that has been blamed for multiple deaths. 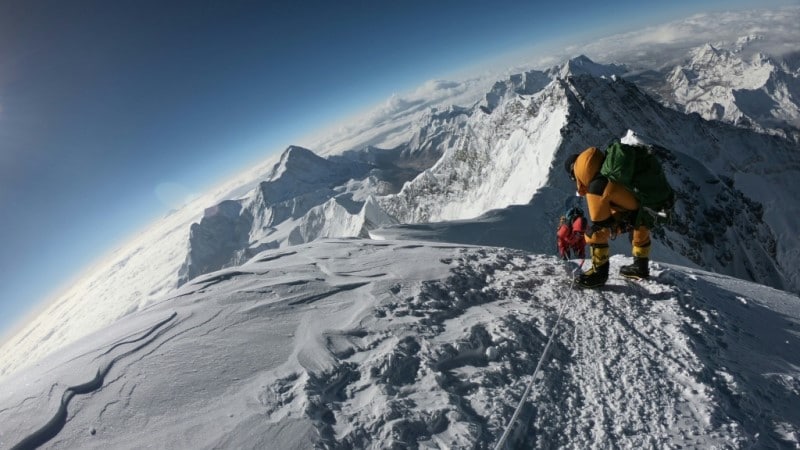 Mountaineers make their way to the summit of Mount Everest, as they ascend on the south face from Nepal on May 17, 2018

Swiss climber Abdul Waraich, 40, died near the summit after reaching the top and suffering exhaustion, said Chhang Dawa Sherpa from the same organization.

“We sent two additional Sherpas with oxygen and foods, unfortunately Sherpas couldn’t save him,” he said on Instagram.

American Puwei Liu, 55, reached the Hillary Step — an outcrop just below the summit — but was helped back down after he suffered snow blindness and exhaustion, organizers said.

He was able to reach Camp 4, “before he suddenly passed away” late Wednesday, Chhang Dawa Sherpa said.

The bodies will be brought back down when the weather clears, organizers said.

On one day, 354 people were lined up to reach the top from Nepal’s southern side and Tibet’s northern approach.

To ease the crowding, Nepal’s tourism ministry announced rules capping the number of people who can summit the mountain per window of suitable weather.

Expedition organizers have been told to send teams up the peak in accordance with permit numbers or to limit the climbers who go up at one time. 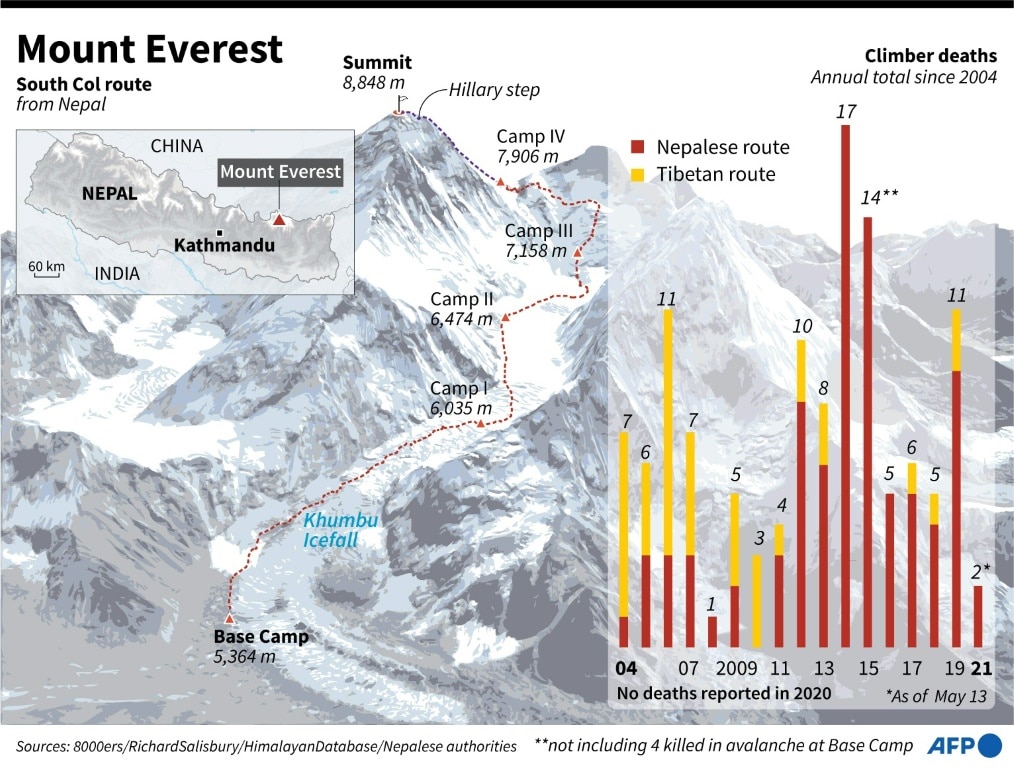 Graphic showing South Col summit route on Mount Everest, plus a chart showing the number of climbers’ deaths since 2004.

The pandemic wiped out last year’s season, but Nepal has eased quarantine rules to attract more climbers despite the difficulties of treating them if they contract the coronavirus.

Nepal has issued 408 climbing permits this season, topping the previous record of 381 in 2019.

After a Nepali team fixed the rope to the summit on Friday, more than 200 climbers and guides have reached the top.

A city of tents hosting more than 1,000 people — foreign climbers and support staff — has built up at the foot of Everest and the hotels along the trek are back in business.

The warmer weather that ushers in safer conditions for scaling Nepal’s dangerous, snow-capped peaks has coincided with a deadly second wave of Covid-19 infections.

In recent weeks more than 30 sick climbers have been evacuated from base camp, although only three have been confirmed as having had coronavirus.

The usual communal parties are absent this year at base camps after expedition groups were asked to keep to themselves and avoid socializing with others.

Breathing is already difficult at high altitudes so any coronavirus outbreak among climbing groups could pose severe health risks.

On Sunday, Chinese state media reported that authorities would set up a “separation line” on the peak of Mount Everest to avoid possible Covid-19 infections by climbers from virus-hit Nepal.

The world’s highest peak straddles the China-Nepal border, with the north slope belonging to China.

Tibetan authorities told reporters they would take the “most stringent epidemic prevention measures” to avoid contact between climbers on the north and south slopes or at the top, reported the official Xinhua news agency.

Guides would set up dividing lines on the summit before allowing mountaineers to start the gruelling climb up, the head of the Tibet Mountaineering Association was quoted as saying by Xinhua.

China has banned foreign nationals from climbing Everest since last year due to the virus outbreak.