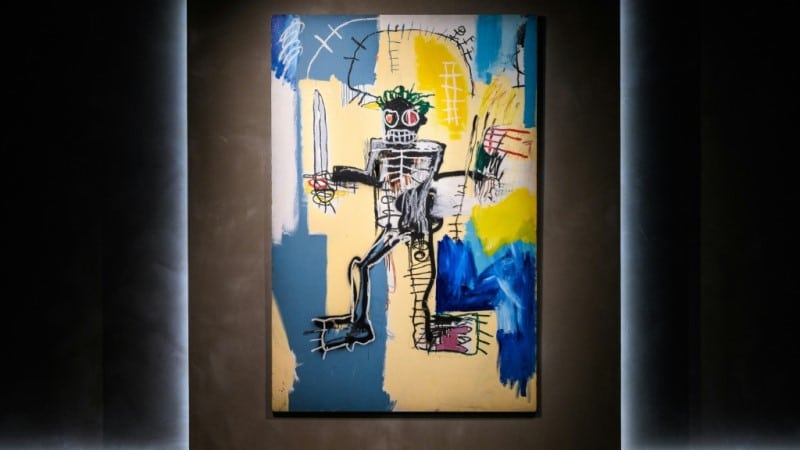 The painting, made with acrylic and spray paint on a wood panel, is viewed in the art world as the American artist’s landmark work and created during the best era of his creative output

Jean-Michel Basquiat’s “Warrior” painting sold for $41.8 million at a live-streamed Christie’s auction in Hong Kong on Tuesday, becoming what the auction house said was the most expensive Western work of art ever sold in Asia.

The final sale price for the 1982 artwork was higher than expected, with estimates before bidding started ranging from $31 million to $41 million.

The painting, made with acrylic and spray paint on a wood panel, is viewed in the art world as the American artist’s landmark work, created during the defining era of his creative output.

The painting was sold after an “intense 10-minute bidding battle between Hong Kong and New York,” Christie’s said in a statement.

It was interpreted as a semi-autobiographic work of Basquiat, who focused on inequality in society and the absence of Black representation in the art world.

The painting was previously sold to an American collector at Sotheby’s London in 2012 for $8.7 million, but its price has risen substantially alongside growing demand for top Western paintings in Asia.

“Jean-Michel Basquiat’s Warrior is a commanding and authoritative portrait that amply demonstrates why the artist is regarded as one of the most important painters of the last half century,” the auction house said of the work.

Basquiat’s stature has also soared in recent years, further fueling the eye-watering prices for his works at auction.

One of his drawings, named “Untitled (Head)”, sold for $15.2 million at Sotheby’s in New York last year.