Big in Japan: Agnes Chow Hail as ‘Goddess of Democracy’ 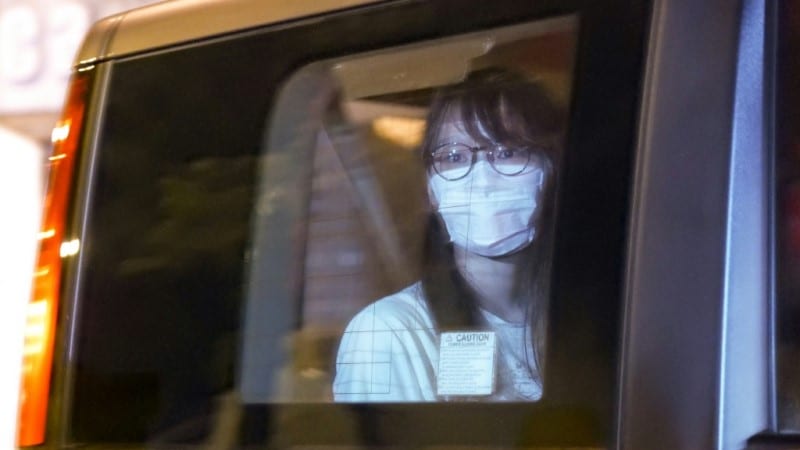 She has been dubbed the “Goddess of Democracy” and found fans among politicians and actors. There is little doubt that Hong Kong activist Agnes Chow is big in Japan.

The 23-year-old’s arrest this week was headline news and lit up social media in Japan, far eclipsing the detention of other high-profile figures under Hong Kong’s new national security law.

Media-savvy, telegenic and fluent in Japanese to boot, Chow has managed to cut through the relative apathy with which foreign affairs are sometimes regarded in Japan, winning unprecedented attention for Beijing’s crackdown on her home city.

After her arrest this week, the Japanese hashtags “#FreeAgnes” and “#I protest against the arrest of Agnes Chow” quickly went viral, with public figures from across the country’s political spectrum, as well as writers and actors, tweeting their support.

Veteran ruling party lawmaker Akihisa Nagashima posted a string of tweets on the arrest, saying Chow had “spent her entire youth for the freedom and democracy of Hong Kong“.

Opposition lawmaker Renho, who uses one name, actress Sayaka Akimoto and sports writer Hirotada Ototake were among others who hailed the activist and condemned her arrest.

Chow’s popularity in Japan stems in large part from a savvy campaign directed at the country, which includes running a Japanese-language Twitter account with more than 470,000 followers and appearing in Japanese media.

Her language skills have given her rare unmediated access to the Japanese public, and she has endeared herself to many with her love of anime and J-pop music.

When she was released on bail on Tuesday, she told reporters — in Japanese — that the song “Fukyowaon” by J-pop group Keyakizaka46 was playing in her head while she was detained.

She also paid tribute to the support she received from Japan, saying in a YouTube live stream that she “felt Japanese people were cheering for her during the arrest”.

Chow is also a fan of Japanese food, even sharing pictures of her failed attempts at the popular octopus ball dish takoyaki.

Last year, she made Forbes Japan’s list of the 50 most influential social media accounts in the country, alongside a group of mostly Japanese celebrities and public figures.

Chow is often dubbed the “Goddess of Democracy” in Japanese media — but has said in an interview she does not like the nickname.

The epithet has also drawn the ire of online commenters who say it reflects a Japanese media habit of describing female figures in specifically feminine — and, they say, objectifying — ways.

For all her popularity, it is unclear if Chow has had much influence on Japanese government policy.

Chief spokesman Yoshihide Suga has made no specific comment on her arrest, though the government has expressed more general concern over the application of the national security law, which outlaws subversion, terrorism and foreign collusion in the semi-autonomous city.

Japan had been in the process of rehabilitating ties with Beijing, with Chinese President Xi Jinping previously scheduled to make a state visit this year to cement the warming relations.

But the visit has been delayed, seemingly indefinitely, and while the government has blamed the coronavirus pandemic for the decision, there has been growing discomfort among some Japanese lawmakers about the country’s relationship with Beijing.