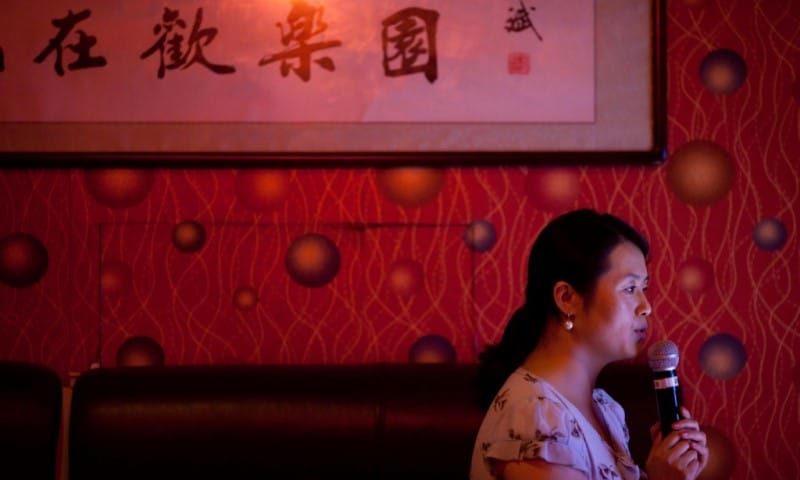 Chinese authorities are clamping down on the country’s karaoke bars, pledging to ban songs that “endanger national security”

China will ban karaoke songs perceived to “endanger national security”, as state controls attempt to muzzle the mics of a KTV-obsessed nation.

The Ministry of Culture and Tourism said it will establish a blacklist of banned songs with “illegal content”, such as endangering national security and unity, inciting ethnic hatred, or promoting cults, gambling and crime.

In its note, published Tuesday, the ministry did not elaborate on how a song could endanger national security, or reveal the contents of its blacklist.

But a national security law imposed by Beijing on Hong Kong last year effectively criminalized the public performance of songs sung during anti-government protests that rocked the semi autonomous city in 2019.

In 2019, Chinese music streaming sites took down unofficial protest anthems, including the Les Miserables song “Do You Hear The People Sing”, as well as some songs by the Chinese rock musician Li Zhi that referenced the 1989 Tiananmen Square protests.

The new regulations, which come into effect October 1, require karaoke content providers to audit their catalogs, adding that the ministry may establish a central expert review group for songs.

“Since there are almost 50,000 karaoke and entertainment venues nationwide, law enforcement and supervision is particularly difficult,” according to an unnamed ministry source quoted by Xinhua news agency.

“The basic song library of karaoke venues’ systems can have over 100,000 songs, and it can be difficult for venue operators to identify illegal tracks.”

The regulations were met with widespread ridicule on the Chinese social network Weibo.

“Our culture has gone 15 years backwards. How many people are still going to karaoke now and it still needs to ‘be positive’ — why don’t they just sing the national anthem every day?” posted one user.

“Should I sing a positive song ten times over to brainwash myself into becoming positive?” commented another.