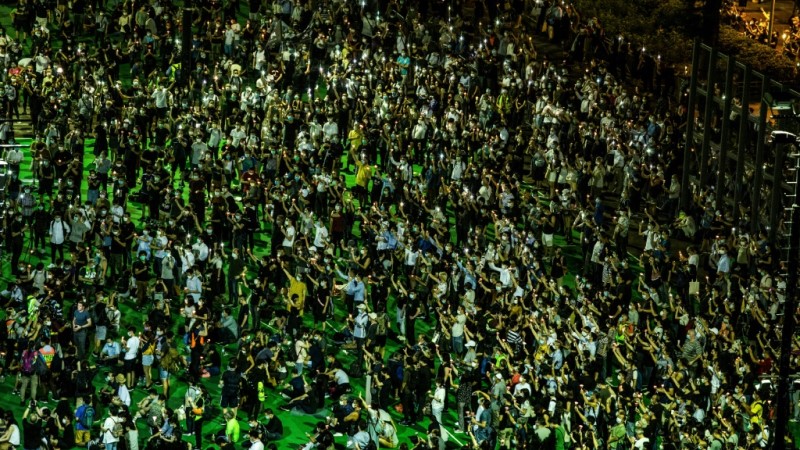 They included prominent activist Joshua Wong, media tycoon Jimmy Lai and leaders of the Alliance in Support of Patriotic Democratic Movements of China, and were formally charged with “knowingly taking part in an unauthorized assembly”.

Lee Cheuk-yan, chairman of the alliance, was also charged with organizing the assembly on June 4 at the city’s Victoria Park.

Thirteen of those indicted were already facing incitement charges over the same event with some pleading not guilty in court.

The annual candlelight vigil in Hong Kong usually attracts huge crowds and is the only place on Chinese soil where such a major commemoration of the crackdown is allowed.

But city authorities banned the event in June for the first time in 30 years, citing measures to control the spread of coronavirus.

“Hong Kong residents enjoy rights of assembly and demonstration under the Basic Law. The police’s suppression and ban on the June 4 assembly is completely driven by politics,” the Alliance said in a statement, adding that they do not fear political persecution.

Wong, 23, said on Facebook: “Clearly, the regime plans to stage another crackdown on the city’s activists.

“As our voices might not be heard soon, we hope the world can continue speaking up for the city’s liberty and human rights.”

All 25 are expected to appear in court on September 15.