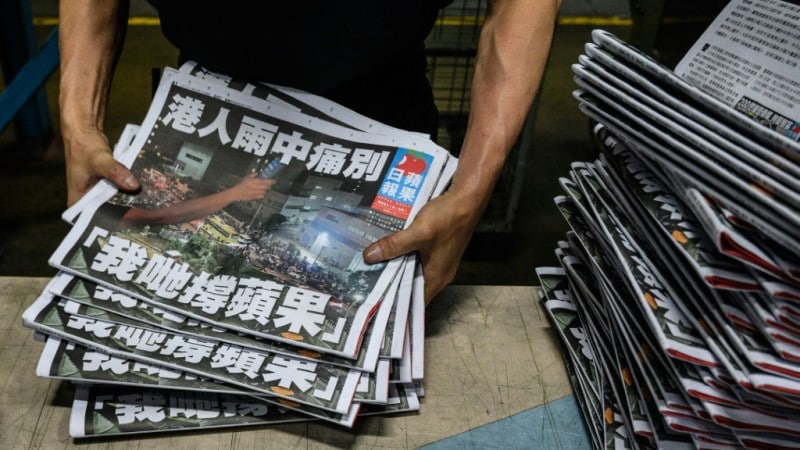 Apple Daily put out its last edition on June 23

Its millionaire owner Jimmy Lai and multiple executives are facing national security charges of collusion over the paper’s support for international sanctions against China.

On Wednesday Hong Kong’s financial secretary opened a new front against the paper.

He announced senior accountant Clement Chan had been appointed to probe Apple Daily‘s parent company for fraud and mismanagement.

The South China Morning Post said it was the first time Hong Kong’s government had appointed a special fraud investigator since 1999.

Chan said there were “grave concerns on whether there was serious mismanagement” at the company and that executives used Next Digital to “conduct unlawful activities”.

He also said executives had “breached their fiduciary duties” and “fallen short of that expected of a listed company”.

Trading in Next Digital was halted in May after city authorities froze Lai’s assets including his shares.

At the time Next Digital said its cash balance was approximately HK$521.4 million (US$67 million).

Authorities then issued a new asset freeze in June, crippling the paper’s ability to do business.

A few days later on June 23, Apple Daily put out its last edition.

The paper was known for its acerbic criticism of China’s leaders and Beijing made no secret of its desire to see the tabloid silenced.

Eight former employees of Apple Daily and its founder Lai have been arrested under the national security law.