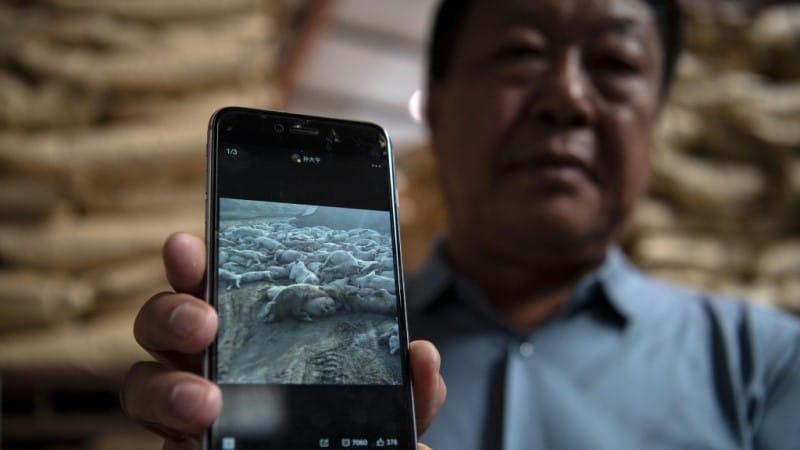 ​Sun Dawue has been a vocal champion of rural reforms and a whistleblower during a devastating swine fever outbreak in 2019, posting photos of dead pigs online after local officials were slow to respond to the disease

A Chinese court sentenced agricultural tycoon Sun Dawu to 18 years in jail on Wednesday for a catalogue of crimes including “provoking trouble” after the outspoken billionaire and grassroots rights supporter was tried in secret.

The court in Gaobeidian near Beijing said Sun was found guilty of crimes including “gathering a crowd to attack state organs,” “obstructing government administration” and “picking quarrels and provoking trouble,” a catch-all term often used against dissidents.

He was detained by police in November along with 19 relatives and business associates after his firm was embroiled in a land dispute with a state-owned competitor.

The charismatic Sun built one of China’s biggest private agriculture companies with his wife from a few chickens and pigs in the 1980s.

He has also been a vocal champion of rural reforms and a whistleblower during a devastating swine fever outbreak in 2019, posting photos of dead pigs online after local officials were slow to respond to the disease.

The court hearing began at Gaobeidian People’s Court in northern Hebei province Thursday, according to his lawyers, who said in a statement that the secrecy of the trial “violated legal guidelines and did not protect the defendant’s litigation rights.”

Sun had previously been sentenced to prison for “illegal fundraising” in 2003, but this was overturned after a massive outpouring of support from human rights defenders and the public.