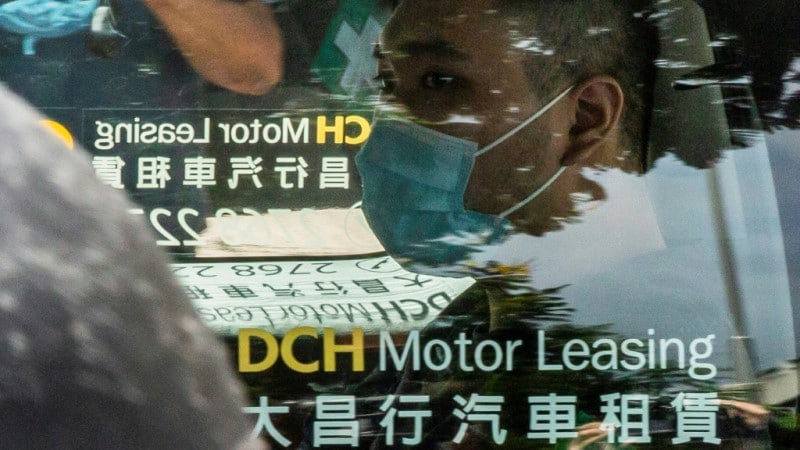 Tong Ying-kit, charged under Hong Kong’s new security law, can be tried without a jury, a judge has ruled

The first Hong Konger to be charged under Beijing’s national security law can be tried without a jury, a senior judge said Thursday in a ruling that cements the financial hub’s fast-changing legal traditions.

Tong Ying-kit, 24, was charged with two crimes under the new law a day after it came into effect after he allegedly drove his motorbike into a group of police officers during a protest.

Hong Kong’s justice secretary opted against using a jury for his upcoming trial, a decision AFP first revealed in February.

Tong challenged that decision at the High Court but lost on Thursday.

In his ruling, High Court judge Alex Lee said before the security law, a jury “was the only mode of trial then available” for such serious crimes.

“However, the same is no longer true after the enactment of the NSL (National Security Law),” he wrote.

Trial by jury for serious criminal cases has been used by Hong Kong’s common law system for 176 years and is described by the city’s own judiciary on its website as one of its “most important features”.

But the national security law, which was penned in Beijing and imposed on Hong Kong last year, allows for cases to be tried by three specially selected judges.

“Any previous right to jury trial in the Court of First Instance, if existed, shall be abrogated in ‘criminal proceedings concerning offences endangering national security’,” Lee wrote.

Lower courts in Hong Kong that try less serious crimes also do not have juries, something Lee said showed there was no constitutional right for a jury in all prosecutions.

The security law was explicitly designed to quash dissent following huge and often violent pro-democracy protests that convulsed Hong Kong in 2019 and it has been successful.

Its broad wording — and subsequent application — has criminalised much dissent.

More than 100 people have been arrested, including many prominent democracy advocates, most of whom have been denied bail and face up to life in prison if convicted.

It has also radically transformed Hong Kong’s common law legal landscape, which was historically firewalled from the authoritarian mainland — something international businesses and law firms are watching closely.

China says it now has jurisdiction for some national security cases and the law allows mainland security agents to operate openly in the city for the first time.

Along with the no jury trial precedent, the presumption of bail has also been removed for national security crimes.

In his application, Tong’s legal counsel Philip Dykes argued that trial by jury was “not only a protection against tyranny but also an insurance that the criminal law in its application in a case will conform to the ordinary man’s idea of what if fair and just”.

Jenkin Suen, an external counsel representing the Justice Department, argued that “jury trial is not a constitutional right” and that the decision was within the scope of “prosecutorial independence”.

Tong is the only person so far charged with an explicitly violent crime. All other national security charges have been for an accused’s political views or speech.

Tong faces one count of terrorism and one count of secession — the latter because he was allegedly flying a banner that displayed the popular protest slogan “Liberate Hong Kong, revolution of our times”.

He also faces a count of dangerous driving.

His trial is expected to begin on June 23.