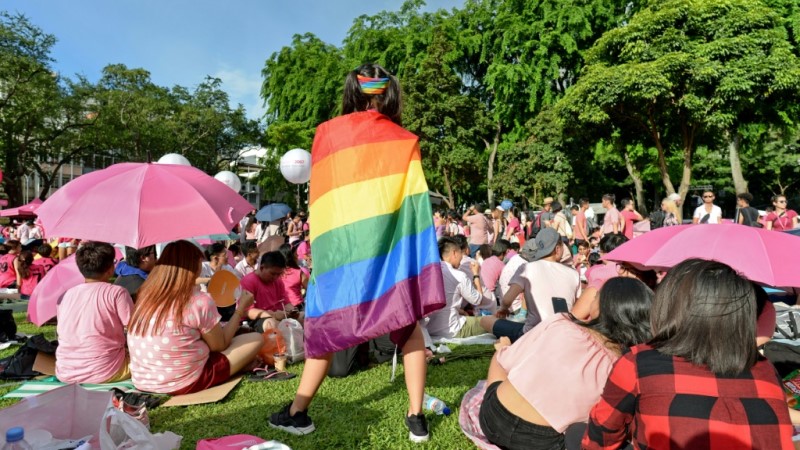 Singapore Wednesday warned the US against interfering in its affairs after the American embassy in the city-state, where gay sex remains illegal, co-hosted a webinar with a prominent LGBT group.

The invitation-only event on “The Economic Case for LGBT Equality” was held Monday and co-organized by the US embassy and Singapore LGBT rights group Oogachaga.

Singapore authorities are frequently criticized for their record on gay rights, particularly a colonial-era law criminalizing sex between men, and are sensitive to any perceived foreign interference on the issue.

The city-state’s foreign ministry said it noted “with regret” that the embassy was a co-host for the seminar.

The ministry “has reminded the US embassy that foreign missions here are not to interfere in our domestic social and political matters, including issues such as how sexual orientation should be dealt with in public policy,” it said.

“These are choices for only Singaporeans to debate and decide.”

While the law against gay sex is not actively enforced, authorities insist that Singaporeans are at heart conservative and not in favor of repealing it.

Activists have sought to get the legislation overturned in court but legal challenges have been rejected twice — first in 2014 and again last year.

Public support has nevertheless been growing for gay rights, with thousands turning up for the city-state’s annual Pink Dot gay rights rally in recent years.