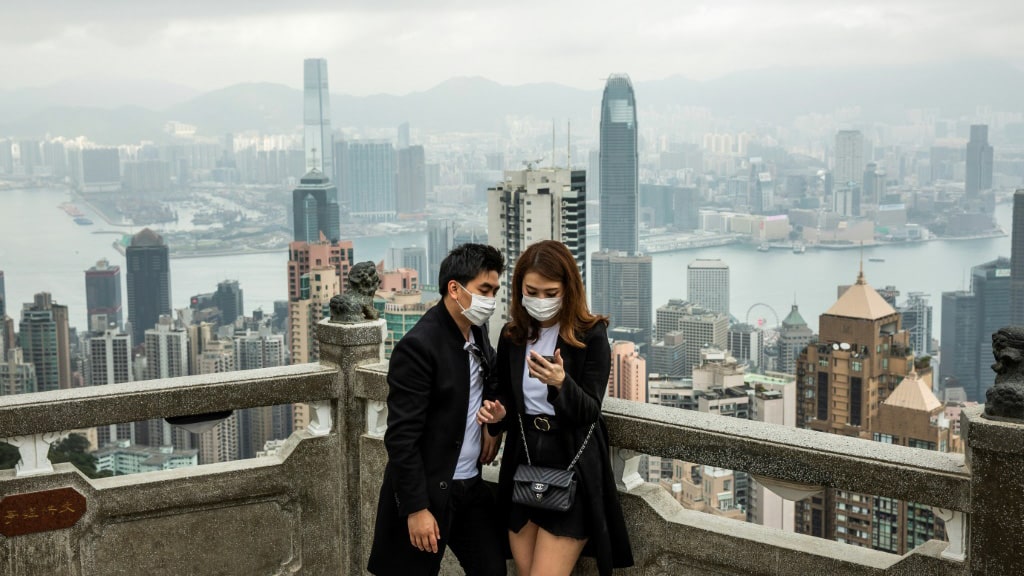 Hong Kong’s government on Wednesday said it will give a HK$10,000 ($1,280) handout to seven million permanent residents in a bid to jump-start a recession-hit economy now compounded by the coronavirus outbreak.

Financial Secretary Paul Chan unveiled the cash gift in an annual budget, committing a colossal HK$120 billion to help alleviate the worst economic downtown the international financial hub has faced in a decade.

Hong Kong boasts significant fiscal reserves of more than HK$1 trillion built up over the boom years, a stockpile that the government is now tapping into.

The cash handout alone will cost HK$71 billion but officials hope consumers will plough much of the money back into local businesses.

“Making good use of fiscal reserves to support enterprises and relieve people’s hardship is certainly in line with our people’s expectations,” he said, adding the cash handout was for permanent residents aged 18 or above, including those residing overseas.

Chan said the stimulus and lower revenues would push government coffers into the red by a record HK$139.1 billion in the coming fiscal year, the first deficit in 15 years.

Other measures announced in the budget included profits and salary tax breaks as well as low interest loans for businesses struggling to pay staff wages.

The tourist, restaurant and retail sectors have been hit especially hard with bankruptcies soaring and traditionally low unemployment rising. 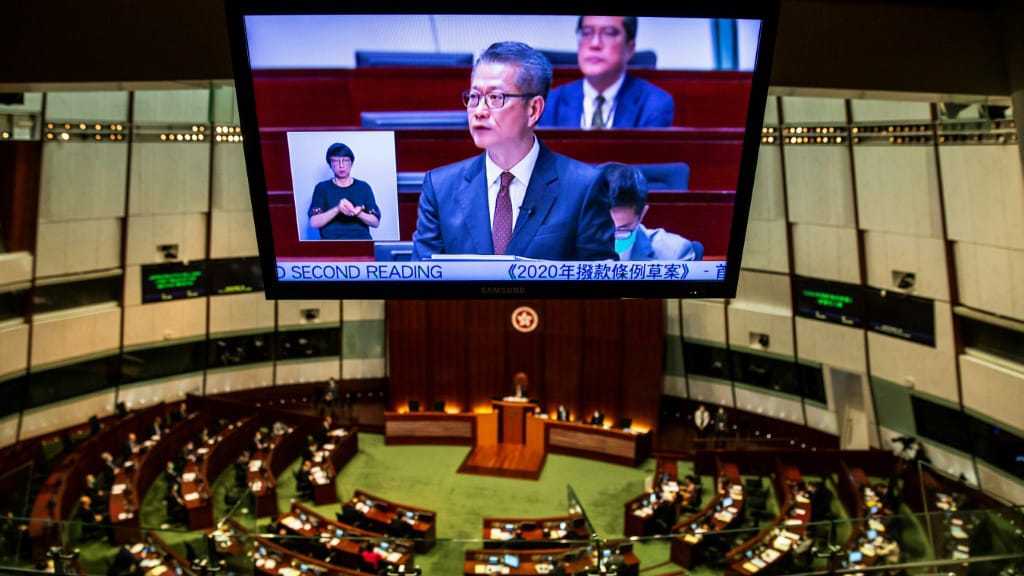 “Hong Kong’s economy is facing enormous challenges this year,” Chan said, predicting a range of 0.5 percent growth to a 1.5 percent contraction this year.

The massive rallies and regular clashes with police that became a weekly fixture last year were dying down before the outbreak began. But the virus has comprehensively ended mass gatherings.

Yet public anger still simmers in a city where neither its leadership nor Beijing have addressed the issues fuelling years of rising resentment.

In Wednesday’s budget, the police received a 25 percent bump to HK$25.8 billion.

Neighboring Macau often announces universal cash handouts to residents in its annual budget, while Hong Kong has historically been more reticent. The last one for all residents was in 2011, three years after the global crash sparked the city’s last recession.

Last week Hong Kong’s government announced a HK$30 billion relief fund for those hit hardest by the virus outbreak, including cash handouts for businesses like restaurants and travel companies.

The last time Hong Kong ran a deficit was between 2001 and 2004. Chan said the reserves should see the city through the current crisis

“In the medium term, the economic outlook of Hong Kong remains positive,” he said.