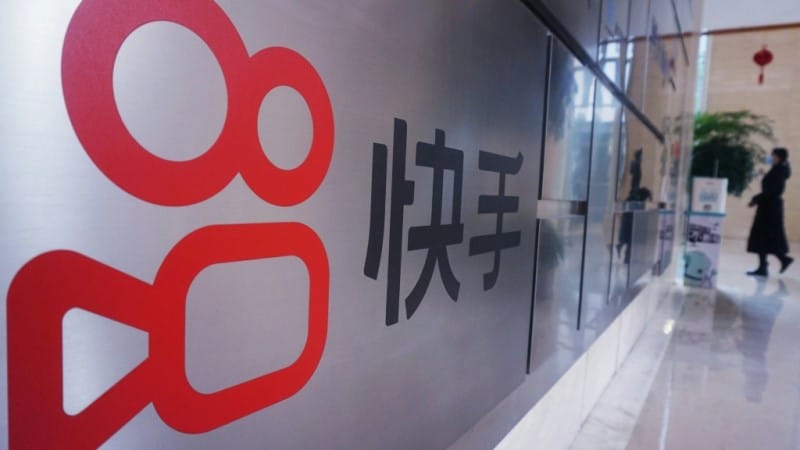 Lu is one of hundreds of millions of users uploading short clips to the app, which propelled its parent company to a $5.4 billion initial public offering last week.

But while its competitor Douyin — the Chinese version of TikTok — is famed for trendy and typically urban influencers, Kuaishou reaches a different demographic, lassoing in migrant workers and rural Chinese.

Lu uses his colourful video stream to show how everyday materials can be turned into sophisticated clothing.

That traction with a poorer but connected mass market known as “tu wei” in Chinese — meaning “earthy” — resonated on the Hong Kong stock exchange.

On one channel, a user showcases “the daily life of an uncle born in the 80s” through simple homecooked food. Another demonstrates survival skills on a “deserted island”, with the star making homespun toothpaste from nearby ingredients like cacti.

Kuaishou says it made a conscious decision to channel viewers to less famous content creators.

Yu said in the first nine months of 2019, more than 19 million people earned income through Kuaishou, many of them from poverty-stricken counties.

Kuaishou emerged around a decade ago, when investor Fisher Zhang met the company’s founder Cheng Yixiao — a former software engineer and developer at Hewlett-Packard.

At the time, Kuaishou was just a tool for making and sharing GIFs, short animated images.

Zhang found a two million yuan ($309,000) investment and the company was born, he said in a book on its origin story, “The Power to be Seen: What is Kuaishou”.

They set about transforming Cheng’s GIF-making tool into a platform hosting a community of users.

A third partner Su Hua — a former engineer at Google China and Baidu — soon came on board and put in place an algorithm to recommend content to users, and activity skyrocketed.

Cheng is now chief product officer, Su the CEO and Zhang a director of the company, which reported revenue of 40.7 billion yuan ($6.3 billion) in the nine months ending last September.

“Su Hua is a technology and algorithm-driven talent, and Yixiao is a very product-minded person. The two make a good team,” Zhang recalls in the book.

As the Kuaishou app grew, so did ways to monetise its content.

Some users’ pages contain in-app stores where users can buy everything from beauty products to cooking ingredients — with Kuaishou taking a cut.

But a majority of the company’s revenues come from livestreaming, where viewers can buy virtual gifts for streamers during their shows — making up 62 percent of total revenue in the first nine months of 2020 for the group, which takes a percentage.

The platform’s business model, however, differs from that of TikTok and others, as it does not rely on direct advertising but on tipping.

That is an increasingly sensitive area in China, with rules tightened on livestreaming in November, banning underage users from giving virtual rewards on online live shows.

Kuaishou warned in its prospectus for the listing last week that “intensified government regulation” could constrict growth of its user base and “materially and negatively impact our business operations”.

As Beijing pays closer attention to the country’s tech sector, Kuaishou is also wading into a global environment fraught with geopolitical tensions.

Its Beijing-based rival ByteDance spent most of last year battling a potential US ban on TikTok after then-president Donald Trump raised national security concerns about the app.

Experts say Kuaishou may have to navigate similar issues with its overseas app Zynn, which is looking to take on TikTok, and already proving popular in the United States.

“The more Kuaishou adheres to regulatory requirements at home, the more they will be viewed as de facto state enterprises, particularly regarding issues of data privacy and security,” Capri told AFP.