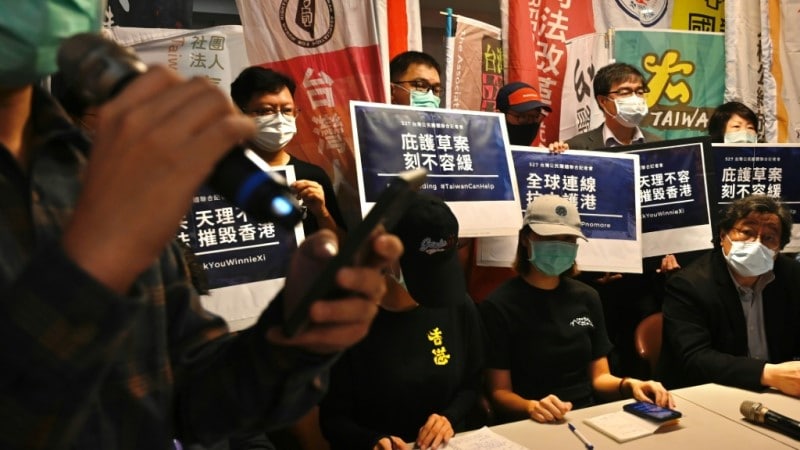 Taiwan has been sympathetic to Hong Kongers trying to flee

Nearly 11,000 Hong Kongers moved to Taiwan in 2020 — almost double the number of a year earlier — after Beijing imposed a sweeping security law on the city.

But a new security law has accelerated an exodus, and the number of Hong Kongers granted short-term residency soared to 10,813 from 5,858 in 2019, according to Taiwan’s National Immigration Agency.

The previous record was 7,506 in 2014 during the financial hub’s pro-democracy “Umbrella Movement”.

Taiwan’s Liberty Times newspaper quoted unnamed sources as saying the number of arrivals would have been higher if not for coronavirus border restrictions.

Taiwan does not have an asylum or refugee law, nor does it accept refugee applications — fearful of a potential influx from the authoritarian mainland.

Hong Kongers can, however, apply to live on the island through other channels, including investment visas.

The government of President Tsai Ing-wen has vowed support for Hong Kong’s democracy movement and launched a new office last year to deal with Hong Kongers seeking to stay on the island.

An increasing number of Hong Kong people — including some prominent activists — have gone into exile after local authorities stepped up prosecutions based on the national security law.

A dozen activists were arrested by the Chinese coast guard in late August when they tried to flee the city to Taiwan by boat.

Most of those aboard the vessel had been charged in Hong Kong for alleged offences linked to last year’s huge and often violent pro-democracy protests.

Canada has emerged as a favorite destination, aided by a network of activists who have helped people escape Beijing ever since the 1989 Tiananmen crackdown.