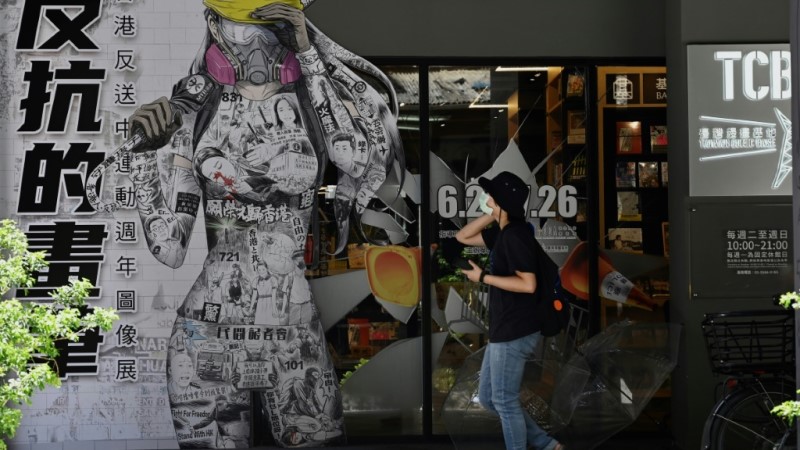 China and Taiwan split in 1949 after nationalist forces lost a civil war to Mao Zedong’s communists, fleeing to the island which Beijing has since vowed to seize one day, by force if necessary.

“They had promised 50 years unchanged for Hong Kong but they are getting all the more heavy-handed… I am worried Hong Kong today could be Taiwan tomorrow.” 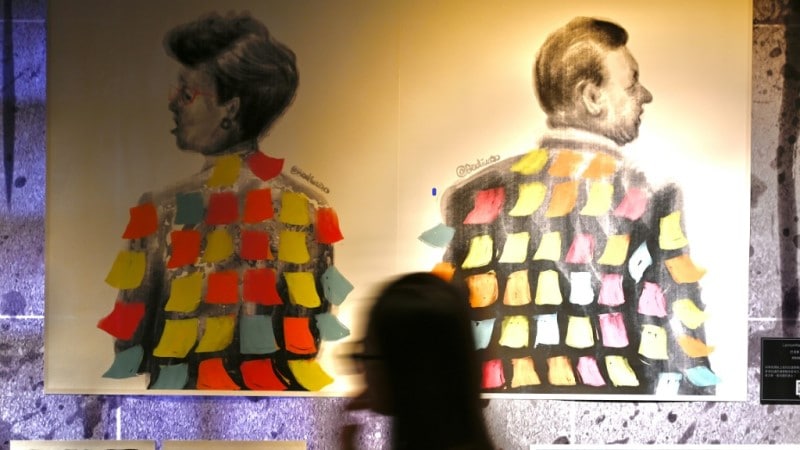 Over the years China has used a mixture of threats and inducements, including a promise Taiwan could have the “One Country, Two Systems” model that governs Hong Kong, supposedly guaranteeing key civil liberties and a degree of autonomy for 50 years after the city’s 1997 handover.

Both Taiwan’s two largest political parties long ago rejected the offer, and the new security law has incinerated what little remaining faith many Taiwanese may have had in Beijing’s outreach.

Some now fear even transiting through Hong Kong, worried that their social media profiles could see them open to prosecution under the legislation.

The law “makes China look so bad, distancing themselves even further from Hong Kongers, not to mention people across the strait in Taiwan”, Alexander Huang, a political analyst at Tamkang University in Taipei, told AFP.

Beijing has taken an especially hard line towards Taiwan since the 2016 election of President Tsai Ing-wen of the Democratic Progressive Party (DPP), ramping up military, economic and diplomatic pressure.

Tsai views Taiwan as a de facto independent nation and not part of “one China”.

But the pressure campaign has done little to endear China to Taiwan’s 23 million people.

In January, Tsai won a second term with a historic landslide and polls consistently show a growing distrust of China.

A record 67 percent now self-identify as “Taiwanese” instead of either Taiwanese-Chinese or Chinese — a ten percent increase on the year before — according to a routine poll conducted by the National Chengchi University.

In recent decades Taiwan has morphed from a brutal autocracy into one of Asia’s most progressive democracies.

Younger Taiwanese tend to be especially wary of its huge authoritarian neighbor.

Social media is filled with messages of support for Hong Kong’s democracy movement. Some back Taiwanese independence, or highlight China’s rights abuses in regions such as Tibet and Xinjiang.

“The national security law makes me wonder how far would China go. Right now I don’t see a bottom line and there’s probably none. I think it’s possible they will target Taiwan next,” she said.

Peng’s fears are not unfounded.

Article 38 says security crimes can be committed anywhere in the world by people of any nationality.

Hong Kong police have made clear that support for Hong Kong, Taiwan, Tibet or Xinjiang independence is now illegal.

“It’s like a blanket law, whatever China wants to define and interpret,” he told AFP. “I don’t know if the ‘Likes’ or messages I have left on social media will be prosecutable.”

Last week Chen Ming-tong, the minister for Taiwan’s Mainland Affairs Council, accused Beijing of aiming to become a supremely powerful “heavenly empire” by ordering “subjects all over the world” to obey its law.

Lin Fei-fan, deputy secretary-general of the ruling DPP, warned that “regular Taiwanese people” might now face arrest in “manufactured cases” if they went to Hong Kong.

He cited China’s jailing of Taiwanese NGO worker Lee Ming-che under the mainland’s own subversion laws.

Lee was arrested in 2017 during a trip to the mainland and held incommunicado for months before his eventual fate was made public.

Sung Chen-en, a political commentator and columnist in Taipei, said Beijing’s new security law “creates a great uncertainty about what can be said” far beyond Hong Kong’s borders.

“If everyone is watching his own expression of opinions, it creates a chilling effect on democracy,” he told AFP.

“If everybody is exercising constraint, there is no freedom at all.”