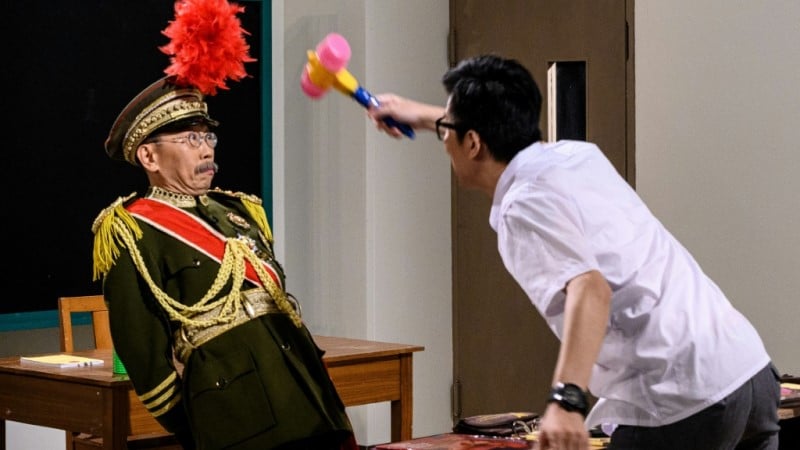 The swansong show by “Headliner” also comes after the government launched a review of RTHK, the public broadcaster that makes the program, which has faced accusations from Beijing loyalists of being overly sympathetic to the opposition.

For the last 31 years the irreverent show has sparked government ire with its skits and often rough lampooning of public figures.

But a recent episode critical of police, following months of pro-democracy protests, has effectively ended the show, after sparking a rebuke from regulators.

Back in February, as the coronavirus first surfaced in Hong Kong, the program featured a scene showing a police officer jumping out of a rubbish bin to deliver a skit about protective equipment.

At the time, local media had run reports that police had ample supplies of face masks, while residents and health care workers were scrabbling to get their hands on them.

The show sparked hundreds of complaints, including from the city’s police chief, and a probe by the Communications Authority.

Last month the regulator agreed with the complaints, that the skit showed “denigration and insult” towards the police, contained inaccuracies and failed to show a broad range of views. 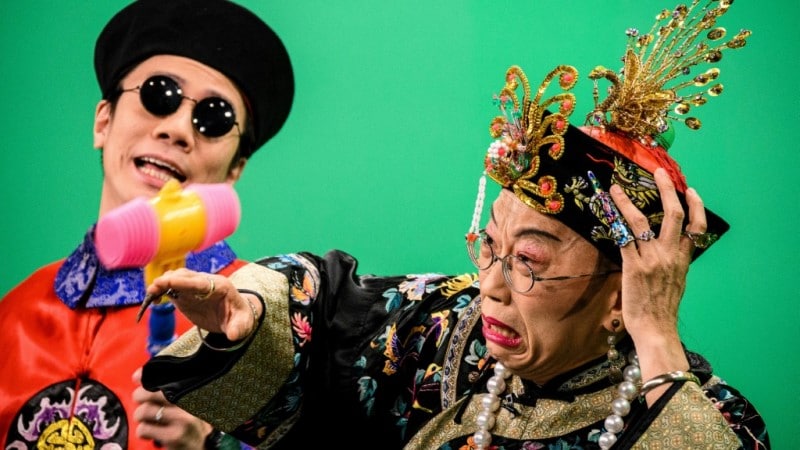 In a statement, RTHK apologized and said “Headliner” would soon air its last show while it reviewed satirical programming.

That sparked criticism from rights and employee groups, which said it had caved to pressure.

“‘Headliner’ is a satire and different audiences will have different reactions, so it’s unfair to ask the show to be responsible for everyone’s feelings,” Gladys Chiu, head of the RTHK Program Staff Union, said after the decision. 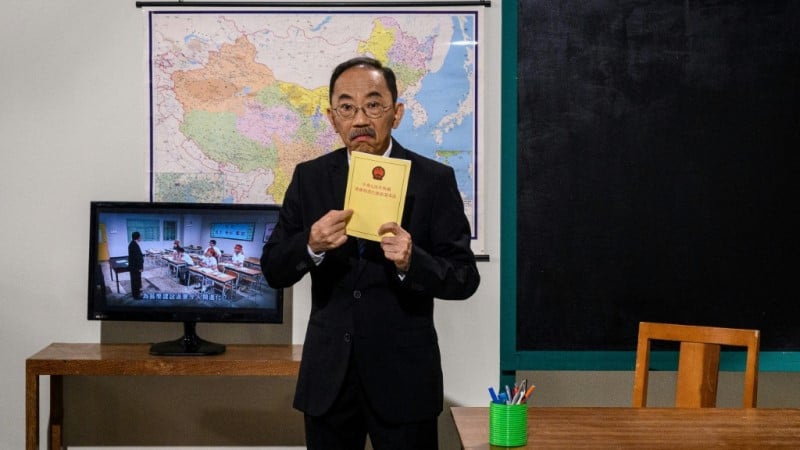 The final episode of “Headliner” will air on Friday

Caught in the Crossfire

On Wednesday, actors from the show were filming their final episode under hot studio lights.

“I would like to say ‘see you again’ but how can I tell such a big lie,” said Ng Chi-sum, a veteran of the show, who was dressed as a dynastic-era empress to mock Hong Kong’s deeply unpopular pro-Beijing leader Carrie Lam.

RTHK has increasingly found itself caught in the crossfire of Hong Kong’s intense political polarization.

Modeled on Britain’s BBC, it is a public broadcaster which officially remains editorially independent of the government.

It has long been seen by the city’s pro-Beijing camp as biased towards their pro-democracy opponents, a charge the broadcaster denies.

Last month, Lam’s government announced it had appointed a task force to “review operations and management of RTHK”.

Critics fear the move is an attempt to mold RTHK into something that more closely resembles the heavily censored and relentlessly positive state broadcasters of authoritarian mainland China.