WHO Warns World in ‘New and Dangerous Phase’ of Pandemic 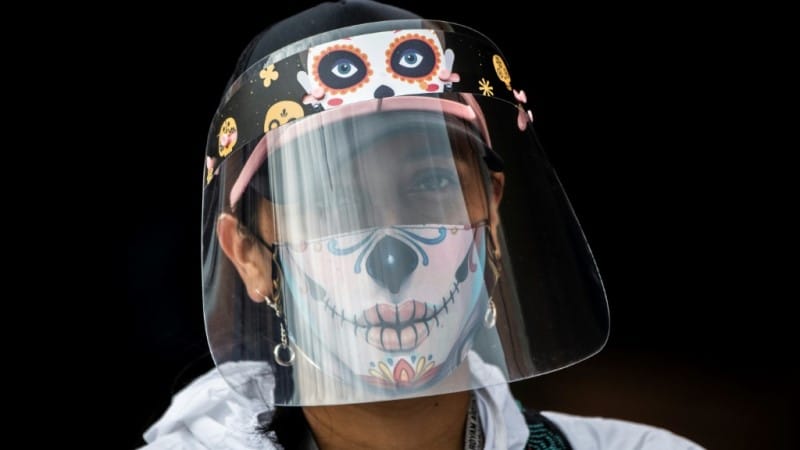 The virus is surging in the Americas

The World Health Organization warned Friday of a “new and dangerous phase” of the coronavirus pandemic with people tiring of lockdowns despite the disease’s accelerating spread.

The warning came as it emerged the virus was present in Italy in December, months before its first confirmed cases and about the same time as the disease was first reported in China.

The virus, which has now killed more than 454,000 people and infected 8.4 million people worldwide, is surging in the Americas and parts of Asia even as Europe starts to ease restrictive measures.

Lockdowns imposed to halt the spread of the disease have caused crippling economic damage, but the WHO said the pandemic still posed a major threat. 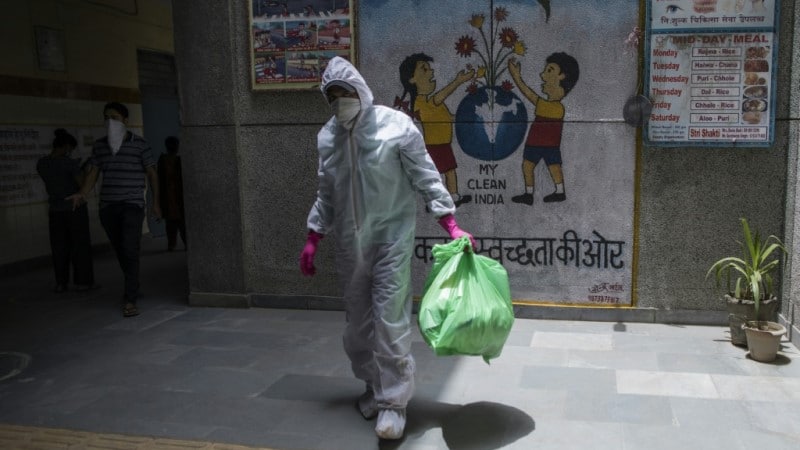 The number of coronavirus infections in India is nearly 400,000

“The world is in a new and dangerous phase. Many people are understandably fed up with being at home… but the virus is still spreading fast,” WHO chief Tedros Adhanom Ghebreyesus told a virtual press conference.

A vaccine remains months off at best despite several trials, while scientists are still discovering more about the virus, its symptoms and the extent to which it may have spread before being identified. 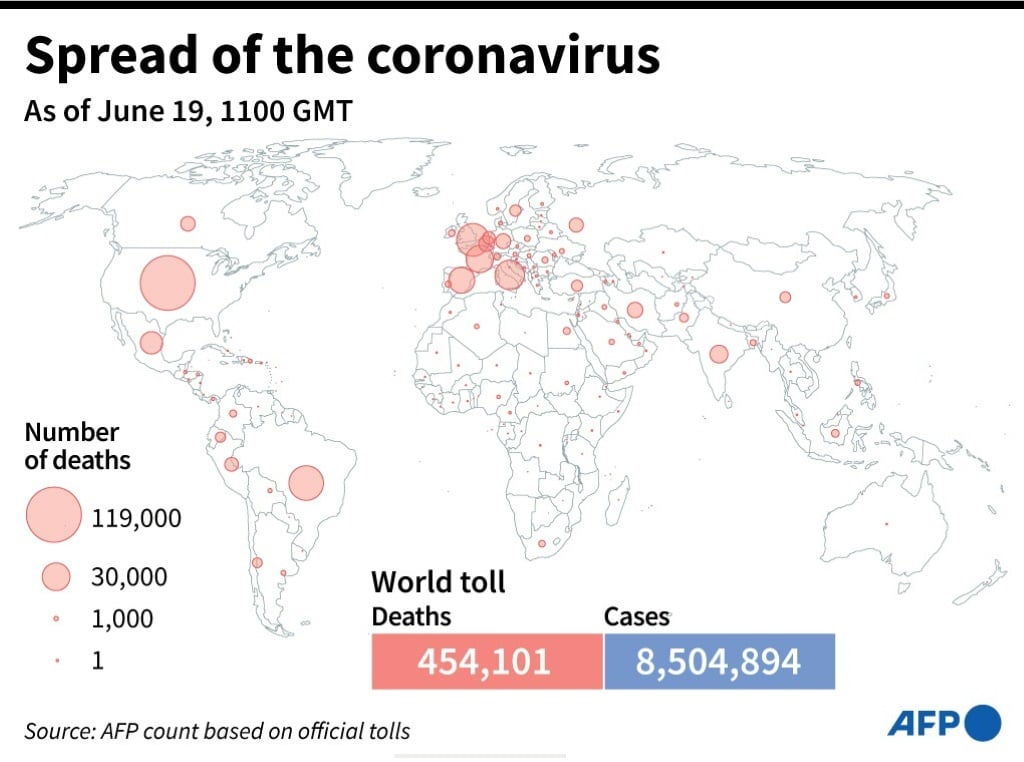 Italian researchers discovered genetic traces of SARS-CoV-2 — as the virus is officially known — in samples of waste water collected in Milan and Turin at the end of last year, and Bologna in January, the ISS institute said.

Italy’s first confirmed cases were not until February.

The results “help to understand the start of the circulation of the virus in Italy,” the ISS said.

Italy was the first European country to be hit by the virus and the first in the world to impose a nationwide lockdown, in early March.

Many European countries followed suit, and most have only begin reopening this month after painful shutdowns that devastated their economies.

Facing the biggest recession in the EU’s history, leaders on Friday held a virtual summit on the European Commission’s proposal for a 750 billion euro ($840 billion) rescue fund.

However they fell short of reaching a deal on a plan that has been seen as a key gesture of solidarity and unity for the troubled bloc.

Opposition is fierce from the “frugal four” — Netherlands, Sweden, Denmark and Austria — who have promised to fight to rein in spending.

On the other side are countries such as Italy and Spain that were the first and hardest hit by the pandemic, having already been crippled by overstretched finances.

Dutch Prime Minister Mark Rutte said it was “uncertain” whether there would be a deal when leaders are set to meet in person in mid-July, adding that it may not even be finalized until after the summer. 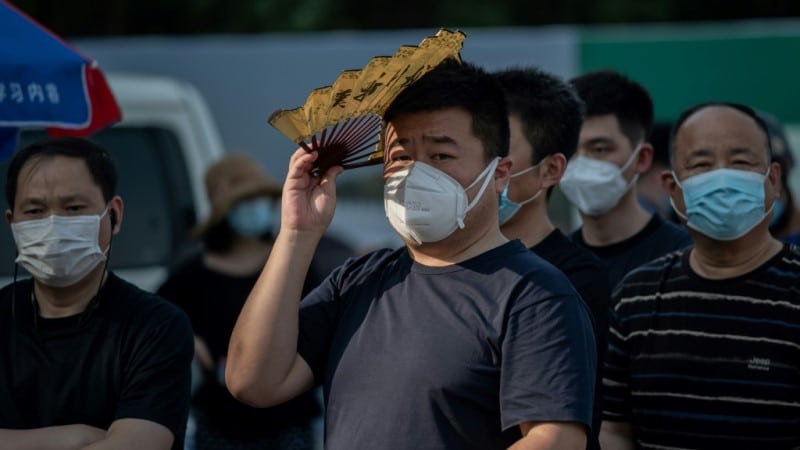 China, where the disease first publicly emerged in December last year, is battling a fresh outbreak in the capital Beijing

Chinese scientists have said the virus likely emerged in a market that sold wildlife in the central city of Wuhan in December, but Beijing officials have recently suggested that it may have originated elsewhere.

After largely bringing the virus under control and easing restrictions, China is now fighting a resurgence of the coronavirus after finding a cluster centered on a market in the capital Beijing.

Authorities launched a nationwide campaign to inspect food imports, while tens of thousands of people are also being tested and neighborhoods have been locked down and schools closed.

Chinese authorities said studies of genome data, which it had shared with the WHO, suggest the new outbreak in Beijing “came from Europe”, but is different from what is currently spreading there.

“It is older than the virus currently circulating in Europe,” Zhang Yong of the Chinese Center for Disease Control and Prevention (CDC) said.

He raised the possibility of the virus lurking in imported frozen food or in the wholesale market itself, resulting in similarities to older strains. 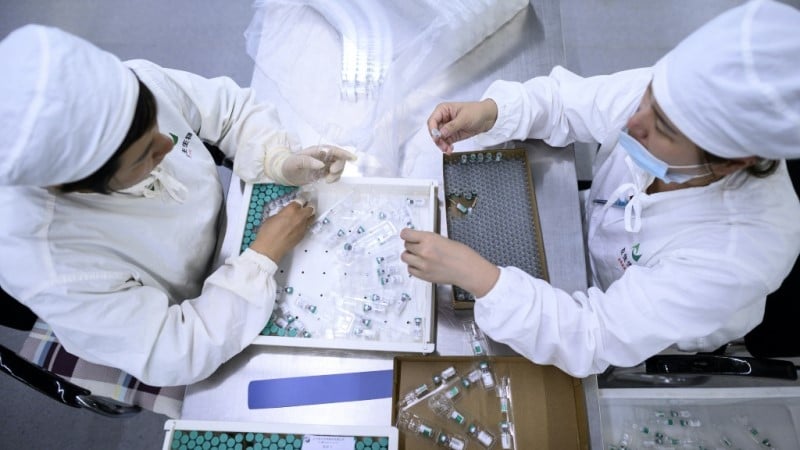 A vaccine remains months off at best despite several trials

The disease continues its rampage elsewhere.

The United States still leads the world in the number of confirmed infections and deaths, with a recent surge in southern states, while the economy has also been hammered in a year when US President Donald Trump seeks re-election.

However top US expert Dr Anthony Fauci offered a ray of hope as said in an interview with AFP that he did not see America returning to fresh lockdown.

He predicted it would instead focus on “trying to better control those areas of the country that seem to be having a surge of cases”.

Fauci said he was optimistic the world would soon have a vaccine to end the pandemic, calling early trial results “encouraging”.

Normality is however returning to cultural and sporting events disrupted by the virus.

Football returned to hard-hit South America on Thursday after a three-month hiatus with a Rio state tournament match in Brazil.

And In France, nation of le grand amour, actors have started kissing again on film shoots.

“No, the kiss is not over with,” French culture minister Franck Riester declared when asked if social distancing was in danger of killing off love scenes altogether.

Actors must however be tested before they start smooching again.

by Robin MILLARD with Elle IDE