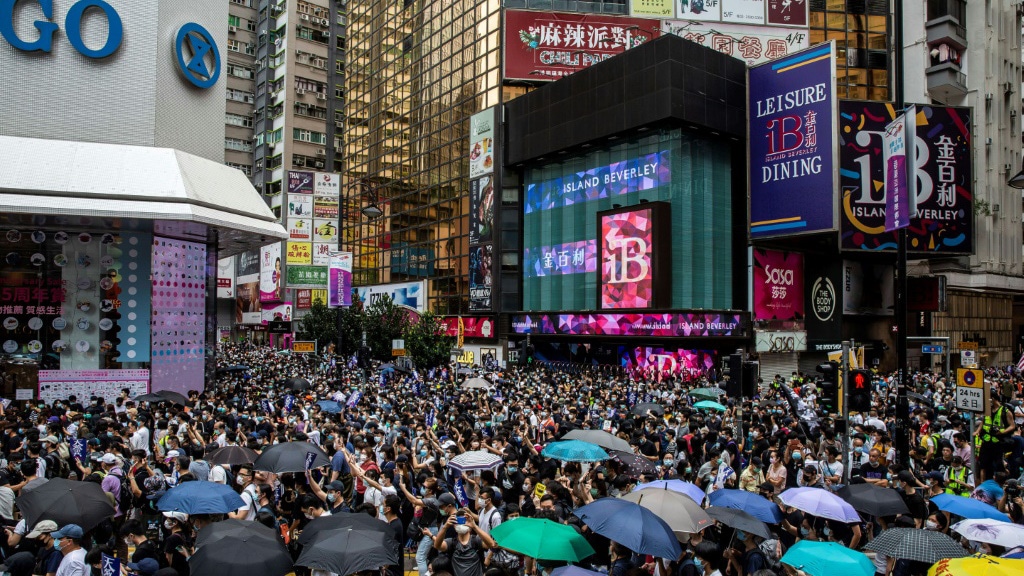 As the demonstrators and police were facing off in the semi-autonomous financial hub, Chinese Foreign Minister Wang Yi insisted in Beijing that the proposed law must be imposed “without the slightest delay”.

The planned legislation — expected to ban treason, subversion and sedition — comes after Hong Kong was shaken last year by months of massive, often-violent protests, and repeated warnings from Beijing that it would not tolerate dissent.

With campaigners warning the proposal could spell the end of the city’s treasured freedoms, thousands gathered and chanted slogans in the busy Causeway Bay and Wan Chai districts, while some masked protesters set up makeshift barricades to stop police vehicles.

“People may be criminalized only for words they say or publish opposing the government,” 25-year-old protester Vincent told AFP.

“I think Hong Kongers are very frustrated because we didn’t expect this to come so fast and so rough. But… we won’t be as naive as to believe that Beijing will simply sit back and do nothing. Things will only get worse here.” 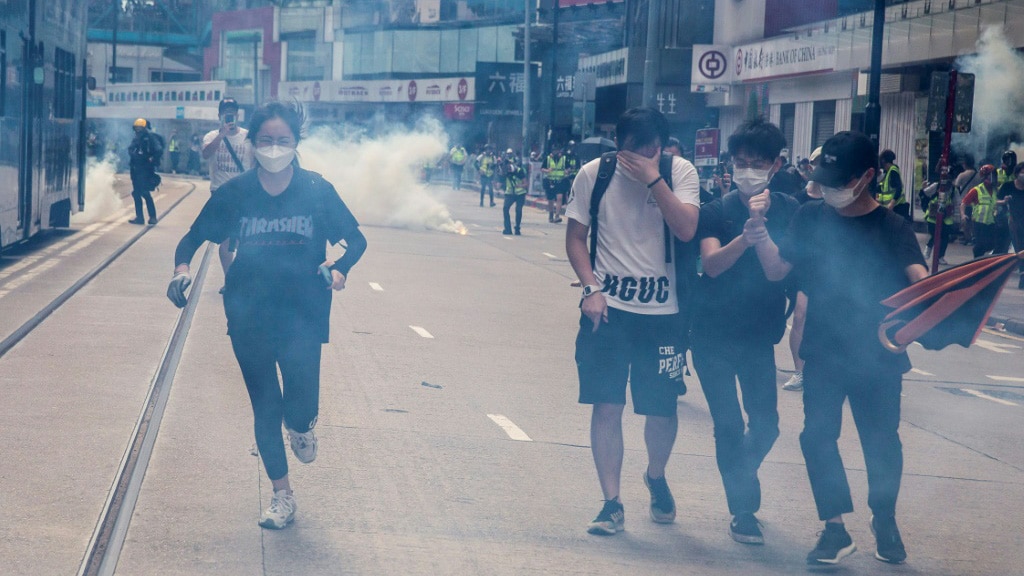 As the number of protesters swelled, police fired tear gas and pepper spray to try and disperse the crowd

As the number of protesters swelled, police fired tear gas and pepper spray to try and disperse the crowd, and later deployed water cannon and armored vehicles against pockets of protesters.

At least 180 people were arrested, police said, the majority in Causeway Bay and Wan Chai districts. Other protesters were detained at a smaller demonstration in Tsim Sha Tsui. 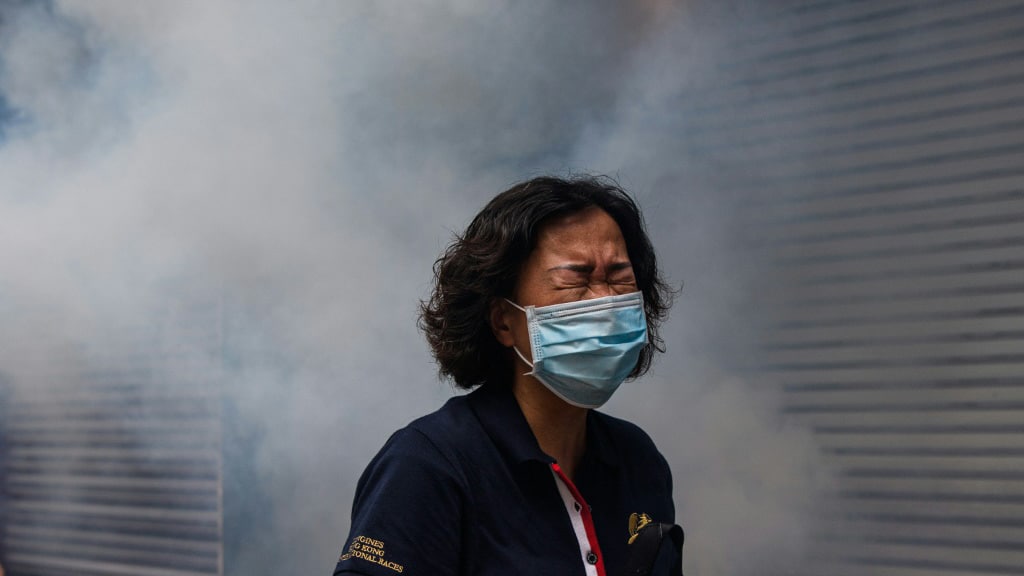 A woman reacts after riot police fired tear gas in an effort to disperse protesters, who had ignored earlier warnings against unauthorized assembly and violated coronavirus-linked restrictions on the size of public gatherings

The Hong Kong government condemned the “extremely violent and illegal acts” of the protesters and said they reinforced “the need and urgency of the legislation on national security”.

The scenes on Sunday were the most intense in months.

The Hong Kong pro-democracy movement had fizzled at the beginning of 2020 as arrests mounted and, later, large gatherings were banned to stop the coronavirus. 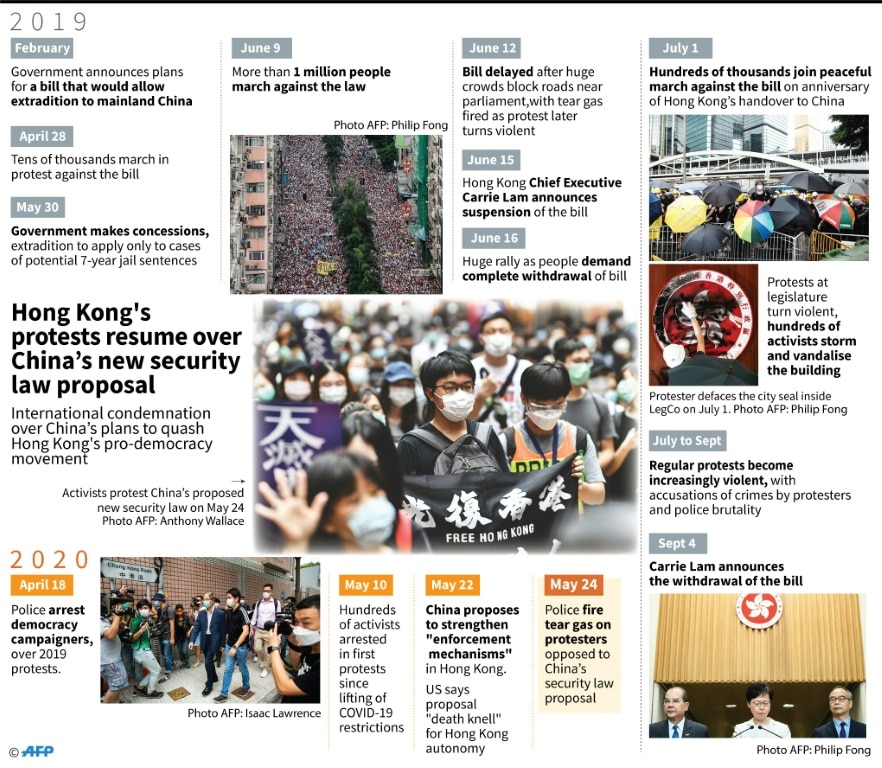 More than 8,300 people have been arrested since the protests erupted last year. Around 200 were detained during small rallies at malls on Mother’s Day earlier this month.

Hong Kong residents enjoy rights — including freedom of speech — unseen on the Chinese mainland, as well as its own legal system and trade status.

Fears had been growing for years that Beijing was chipping away at those freedoms and tightening its control on the city, and campaigners have described the new proposal as the most brazen move yet. 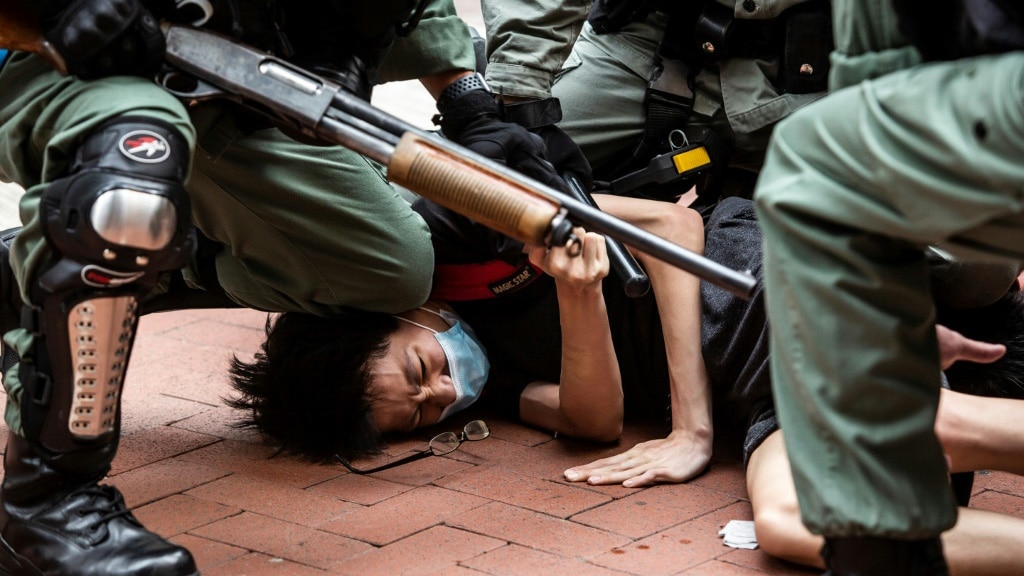 Campaigners in Hong Kong say the city’s unique freedoms are being chipped away as Beijing tightens control over the city — here, a pro-democracy protester is arrested

Of particular concern is a provision allowing Chinese security agents to operate in Hong Kong, and that they could launch a crackdown against those dissenting the mainland’s communist rulers.

“I’m very scared, but I still have to come out,” said protester Christy Chan, 23.

“Aside from being peaceful, rational and non-violent, I don’t see many ways to send out our messages.”

Despite the alarm in Hong Kong and in some Western capitals, Chinese and city officials have insisted the proposed law is needed to prevent unrest and protect national security. 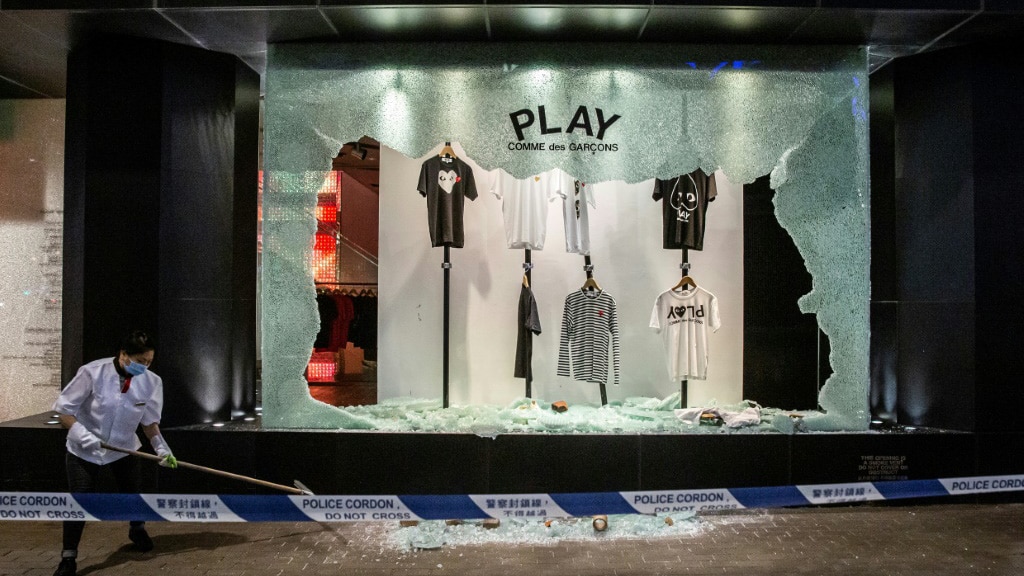 A top pro-Beijing official claimed Saturday that mainland Chinese law enforcement would not operate in the city without “approval” from local authorities.

But there is deep mistrust of China’s opaque legal system in Hong Kong and of how Beijing might use the proposed regulations in the city.

The massive protests last year were sparked by a now-scrapped bill that would have allowed extraditions to the mainland, and there are fears the new motion would be even more wide-ranging.

China’s legislature is expected to rubber-stamp the draft resolution on Thursday, before the details are fleshed out at another meeting at a later date.

Officials have said the law would then be implemented locally.