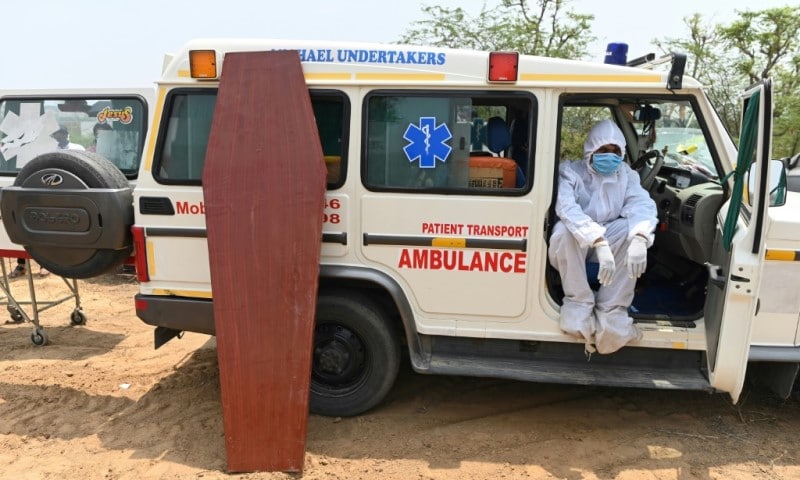 After dealing with two coronavirus funerals in two weeks, Raj Sharma was too grief-stricken to negotiate a third with profiteering hearse drivers and crematoriums, so he turned to one of the many new businesses that have sprung up around India helping struggling people while also turning a tidy profit.

Sharma — not his real name — was reeling from the loss of a third friend when he heard of Anthyesti Funeral Services, which provides “end-to-end” coronavirus funerals in four cities.

“They pick up the body from the hospital and take care of everything,” the 48-year-old New Delhi professor told AFP.

Anthyesti’s Covid package cost about 30,000 rupees ($400) — a bargain compared with the prices charged by hearse services that can be up to five times higher. 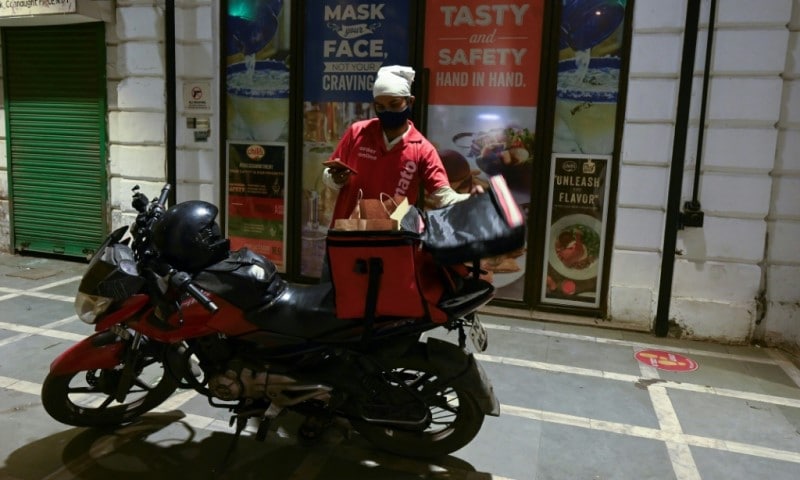 It brought him “mental peace that is worth any price”.

The company is one example of how entrepreneurs are discovering opportunities as India grapples with a worsening coronavirus crisis, offering a range of new services from funerals to Bollywood film set cleaners to budget deliveries.

Anthyesti — which means “last sacrifice” in Sanskrit — was founded in 2016 by former software engineer Shruthi Reddy Sethi, who wanted to clean up India’s unregulated funeral industry.

But the 36-year-old never anticipated the dystopian impact of Covid-19, with shortages of space in morgues, ambulances and even wood for funeral pyres.

In many cases, relatives have had to wait days to bury or cremate their loved ones.

“Where do these families go? They’re just laying the bodies in a line at the cremation grounds, waiting for their turn to come,” Sethi told AFP.

“The biggest benefit that we are offering is that our team is actually doing the waiting on the client’s behalf.”

Sethi provides medical insurance for the cremation workers, undertakers, embalmers and ambulance drivers that Anthyesti relies on — a rarity in an industry notorious for exploiting poorly-paid labour.

The firm’s revenues increased 20 percent last year and she expects turnover to double in 2021.

While businesspeople like Sethi have adapted their firms during the Covid crisis, others have set up entirely new ventures.

As shoots resumed, the 34-year-old realised that his industry was totally unprepared for the pandemic fallout.

“On Indian film sets, no one’s looking into health and safety like they should,” he told AFP.

The company carries out Covid tests for cast and crew, sanitizes spaces and equipment with ultraviolet-C light, and enforces social distancing.

“We’ve had cases where people take this very lightly and suddenly there’s an explosion of cases,” he said.

Changing producers’ attitudes has been hard.

“But once they burn their fingers… they realise how extremely helpful this is,” he said, pointing to a recent outbreak that affected 45 crew on Bollywood superstar Akshay Kumar’s upcoming film “Ram Setu”.

“All these people were tested before, from catering to drivers to extras. Now imagine if those people had come on set without testing. One hundred and twenty people would have been at risk.”

His firm turned profitable at the start of the year, Gupta said, declining to disclose revenues.

In New Delhi, scooter rider Nimesh Singh has stayed on the road delivering food and medicines during the lockdown and seen his average fee more than double from 100 to 250 rupees.

“At the start I was scared I would catch the virus but it has been worth it,” he said. “Now I have enough work that I have two friends helping.”

“Most Indian entrepreneurs have understood (that) it’s important to be flexible,” he told AFP.

“If you do not adapt, you will not survive.”