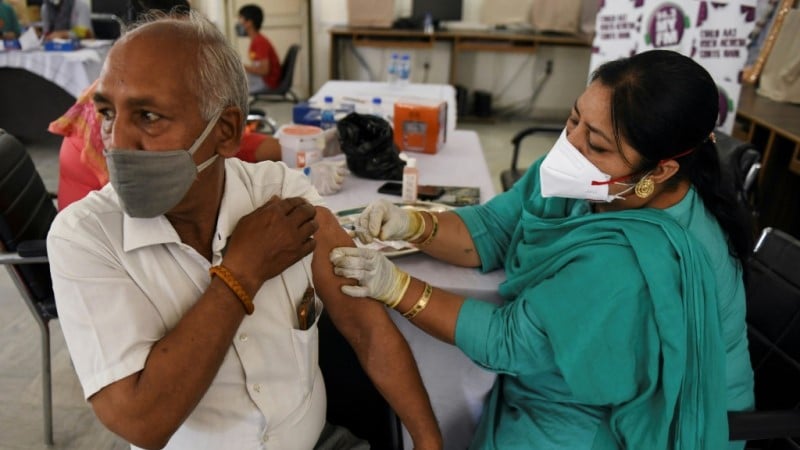 India’s government has ordered social media platforms to take down content that refers to the “Indian variant” of the coronavirus.

The B.1.617 variant was first detected in India last year and has been blamed for much of a devastating Covid-19 wave that has battered South Asian nations in recent weeks.

It has spread to Britain and at least 43 other countries, where “Indian variant” has become a widely used term.

The government order, sent Friday by the electronics and information technology ministry, highlighted government sensitivity to accusations that it has mishandled the new surge.

In it, the ministry told social media companies to “remove all the content” that refers to the “Indian variant“.

“It has come to our knowledge that a false statement is being circulated online which implies that an ‘Indian variant’ of coronavirus is spreading across the countries. This is completely FALSE,” read the letter, obtained by AFP.

The ministry cited previous calls to curb “false news and misinformation” about the pandemic on social media as a basis for the order.

It argued that the World Health Organization did not link any country to the B.1.617 variant.

The WHO declared the strain a “global concern” last week as it spread around the world.

Several countries have banned or put severe restrictions on passengers from India since the variant emerged.

Many health experts and governments have used country names to describe new coronavirus variants that have emerged in Britain, Brazil and South Africa.

The right-wing government has been criticised for its efforts to contain the new pandemic wave. India has faced severe shortages of oxygen, vaccines, hospital beds and life-saving drugs.

The government last month ordered Twitter and Facebook to remove dozens of posts critical of Prime Minister Narendra Modi’s handling of the crisis.

Almost half of the deaths have been recorded since late March when the new surge started battering the nation of 1.3 billion people.

The capital, New Delhi, meanwhile stopped vaccine shots for people aged under 45 because it has run out of jabs.