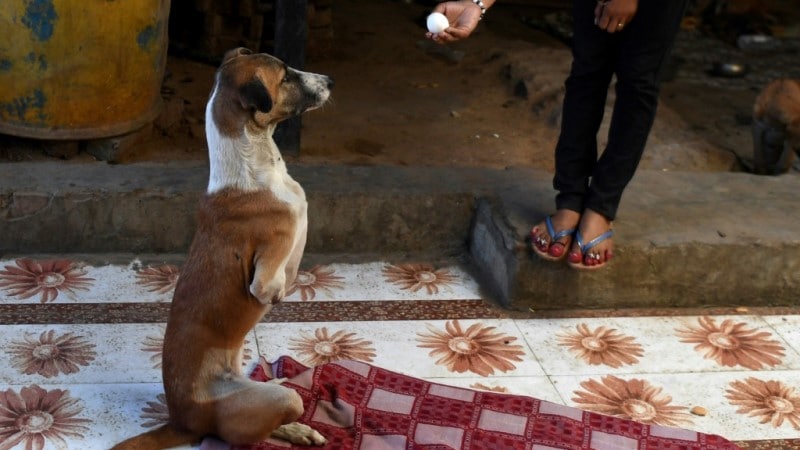 Rocky lost her front legs after being run over by a train in India, but is now headed to a “forever home” in Britain

An Indian street dog that lost its front legs after being run over by a train has found a new home in Britain after enduring a year of therapy and learning to walk again with prosthetic limbs.

The officer carried the wounded canine — now named Rocky — to one of PFA’s shelters, where she was rushed to a hospital.

“It is almost impossible to save such a badly injured dog,” veterinarian Mahesh Verma said in a video shared by the shelter.

Rocky without her prosthetic legs

“There was a lot of bleeding… we arranged a healthy dog and transfused blood.”

Doctors had to amputate her forelegs, leaving her with stumps. Her back legs were also badly injured.

But the mutt — although not named Rocky after the iconic movie character — nevertheless battled as hard as the underdog pugilist to recover. 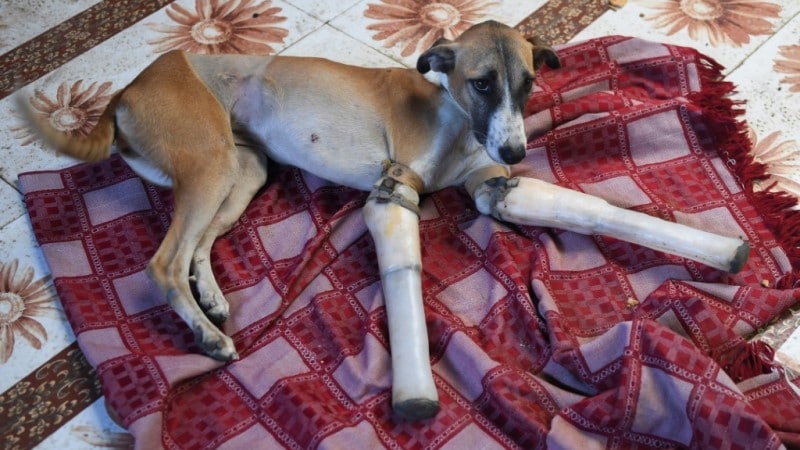 As Rocky recovered — learning to use her chin for balance — the rescue organization released a video about her plight which went viral on social media, attracting the attention of the global dog rescue group Wild at Heart Foundation.

They pledged to find her a home, while an Indian national living in London paid for her new legs.

In July Rocky took her first steps on her new limbs, made by a leading doctor in Jaipur.

Rocky will board a plane early Wednesday in New Delhi and head to London, where she will eventually settle down with an adopter, Dubey said. 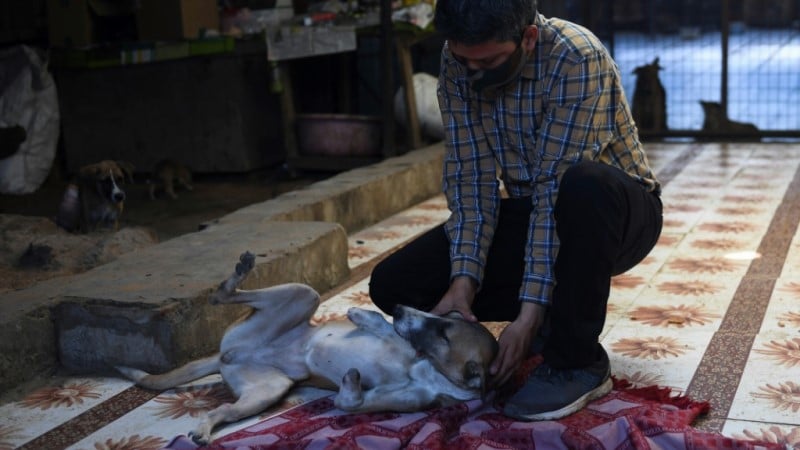 Tickle time… Ravi Dubey, founder of the People for Animal Trust, playing with Rocky before the dog heads to Britain

“Rocky is a very brave dog — even after going through trauma and losing both her legs, she’s displayed incredible resilience, strength and spirit to live,” he said.

“Now she’s ready to fly to her forever home.”

“In India, pets are often abandoned and abused. We are very happy that Rocky will have a safe and open space,” said Dubey.