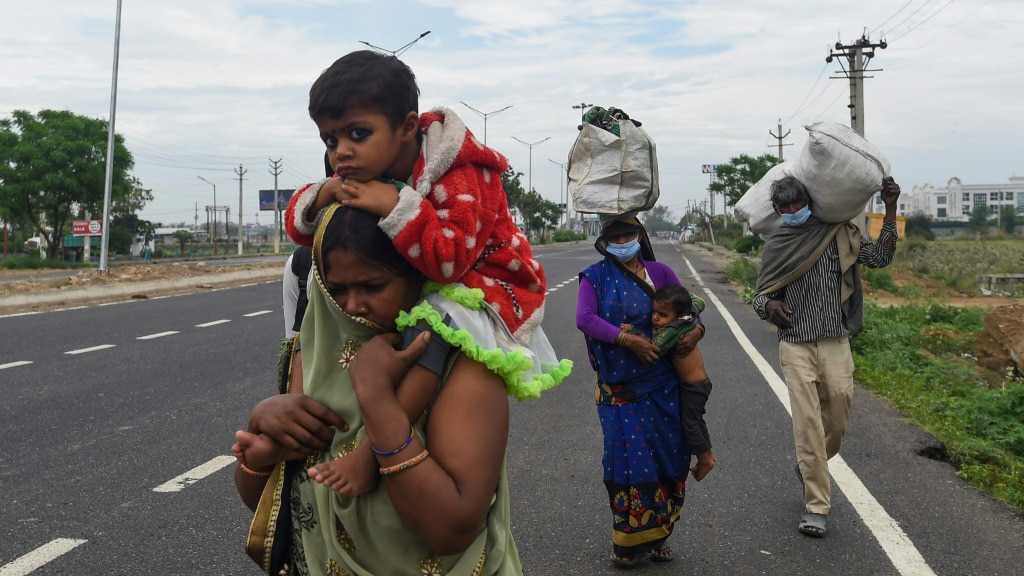 With India locked down over the coronavirus and no way to earn money, Dilipji Thakor faces a grim choice: either walk home or die hungry.

Thakor is among millions of migrant workers left jobless and penniless by the full shutdown of the country on Wednesday that has sparked an exodus from major cities.

Thousands are walking long distances back to their home villages after all transport was stopped except for essential services as authorities struggle to contain the outbreak, which has infected more than 700 people.

Huge numbers had crammed onto trains and buses before the country of 1.3 billion people ground to a halt for three weeks, but many others were left stranded.

Now they are trying to get home any way they can, often on foot, with little money or food, and eateries and guesthouses closed along the way. 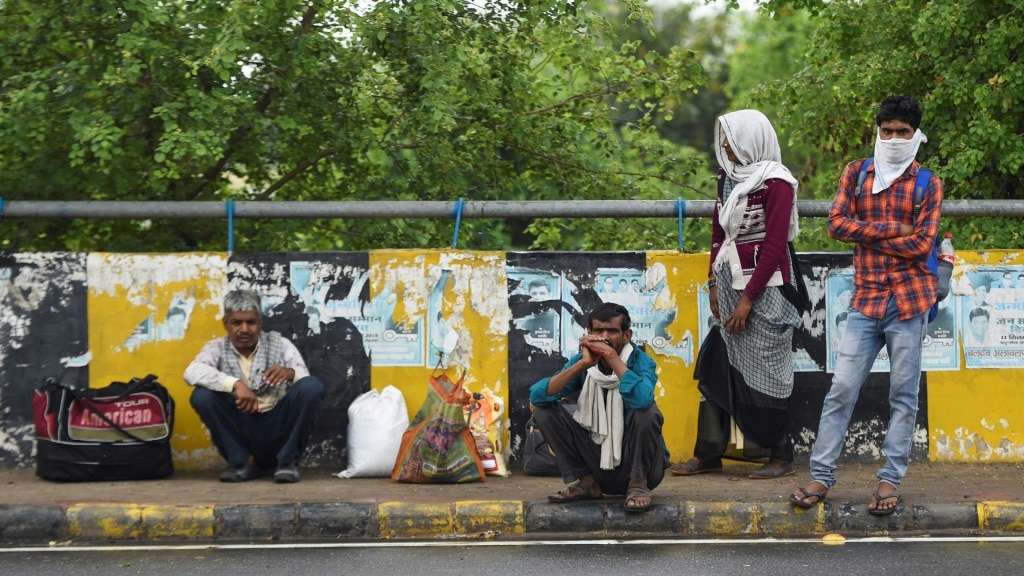 1.3 billion people ground to a halt for three weeks and many were left stranded

“Rather than die hungry, we decided to walk,” said Thakor, who worked at a now-shuttered shopping mall in Ahmedabad in Gujarat state, as he trudged along a road.

Jamu Rathwa carried his daughter on his shoulders as he ambled along a highway from the western city of Surat, where until recently he earned around four dollars a day toiling on construction sites.

“At least we have a home and support system in our village. Here (in Surat) we have nobody,” Rathwa said.

Birender, a now out-of-work driver on the city limits of New Delhi, said that his family 320 kilometers (200 miles) away desperately wants him to come home in “any way possible”.

“I haven’t had a proper meal in the last three to four days… I don’t know what I will do here without food or anywhere to stay,” he told AFP. 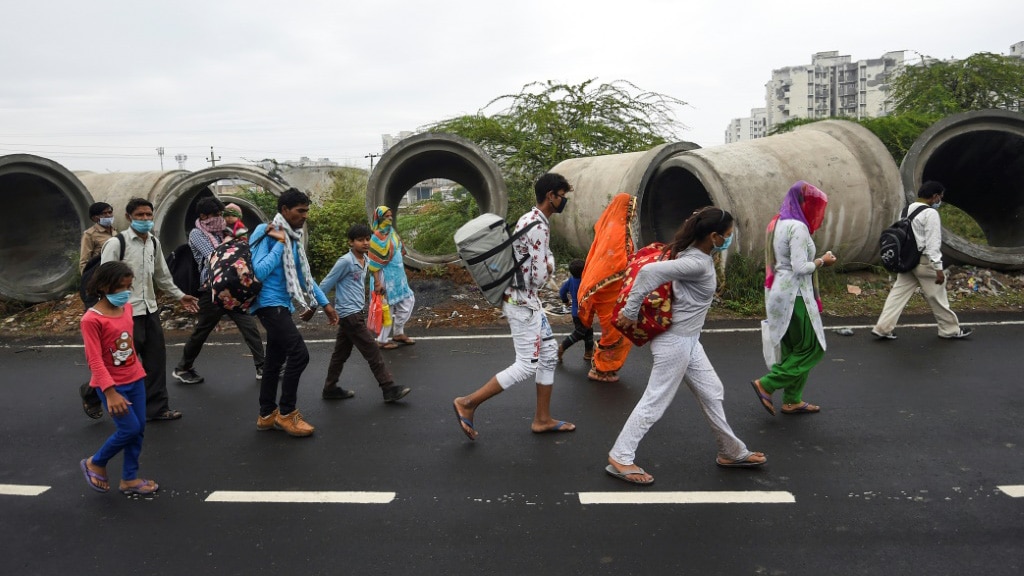 Thousands on the Move

There are usually around 100 million unskilled or semi-skilled migrant workers in India, according to a government survey for 2016-17 — around a fifth of the country’s workforce.

A lack of jobs, particularly in poor states such as Bihar and Uttar Pradesh, forces them to head to major cities and wealthier southern states.

They live in cramped apartments, working long hours for a few dollars a day in often unsafe conditions with no social security.

Any money left over after covering their expenses is sent back to their families.

Since many are unregistered, it is unclear how many have now traveled home and how many are on the road, but media reports suggest there are tens of thousands on the move.

Kana Ram, a district official at a border post between the states of Rajasthan and Gujarat, said 21,000 people showed up on Thursday alone.

“The numbers have dropped significantly today but we are still getting around 500 people per hour,” Ram told AFP on Friday. 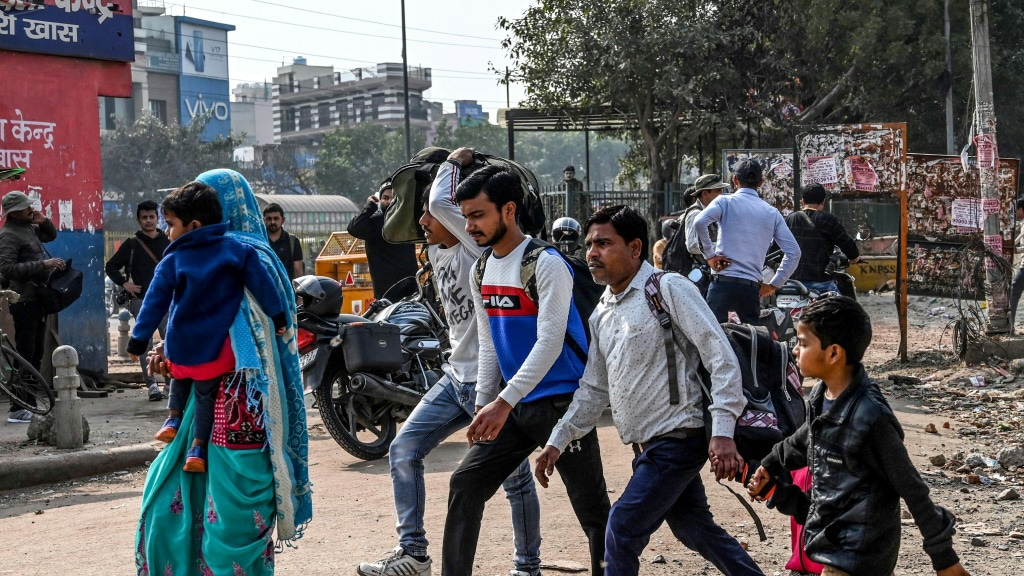 Welfare packages will be provided to help India’s poorest citizens

Back Home, Now What?

The federal government has also called on local authorities to provide food, sanitation, and accommodation to those on the road.

SpiceJet has even offered to fly workers home for free, though authorities have grounded domestic flights.

The chief minister of the eastern state of Bihar, home to many migrant laborers, has said his government will set up relief camps — where he insists “social distancing” will be implemented.

Authorities elsewhere have been organizing buses to take home some of those stuck on the road, with health checks for everyone before they board.

But there remains the dire rural poverty and lack of jobs that drove the migrant workers away in the first place.

Abheek Barua, chief economist at HDFC Bank, said if this “reverse migration” continues, it will put huge pressure on the rural economy.

“Spending on health and other sectors will have to be put on a war footing,” Barua said.

Part way into a 1,200-kilometer journey on a cycle rickshaw from Gujarat’s Vapi city, fruit vendor Tahir Khan Pathan and his brother said they will “never return”.

“We will earn less money in our hometown, but we will work from there,” said Pathan.

“When I get tired, my brother pedals. When he gets exhausted, I take over.”