Three Arrested in India for Beating Endangered Dolphin to Death 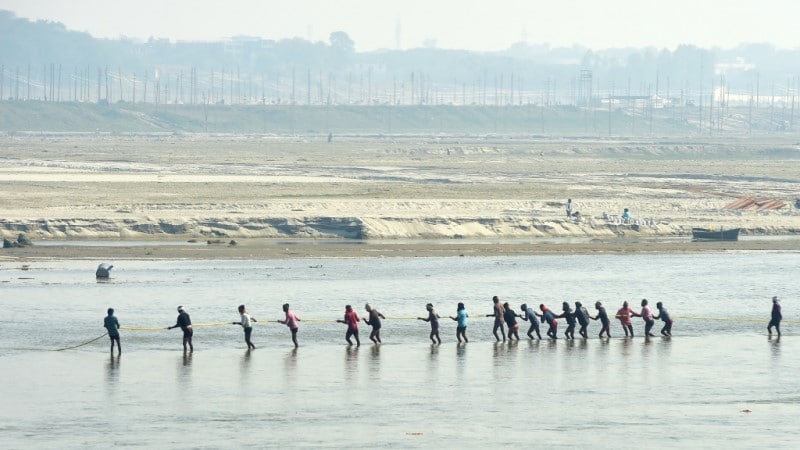 The Gangetic dolphin takes its name from the Ganges river, seen in this December 19, 2020 photo in which laborers pull a pontoon buoy with ropes as part of a project to build a bridge in India

Police arrested three people in the northern Indian state of Uttar Pradesh on Friday for beating an endangered dolphin to death with an axe.

In a video shared widely in the Indian press and on social media, a group of men are shown beating the Gangetic dolphin with sticks and rods before one of them drives an axe into its body.

“The incident happened on December 31 and we have arrested three people in connection with the assault,” local policeman Dinesh Prasad told AFP over the phone.

According to the World Wildlife Fund, there are only between 1,200 and 1,800 of the endangered species left in the world.

Prasad said the motive for killing the marine mammal, which is also known as the Ganges River dolphin, remained unclear.

The lifeless dolphin was found next to a canal by officials from the local forest department, according to Indian media reports.

In the video, one of the men in the group can be heard telling the attackers that they “killed the dolphin for no reason.”

The dolphin — which can weigh up to 170 kilogrammes and can only live in freshwater — is only found in Nepal, Bangladesh and India.