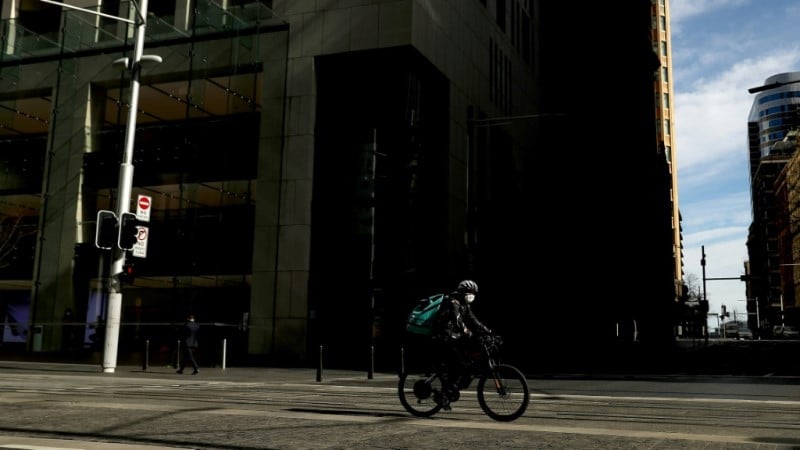 Australia — lauded for its early handling of the pandemic — faces a resurgence that has grown to almost 1,000 cases nationwide in a month

Australia’s second largest city was preparing to enter a fresh lockdown Thursday, as countries across the world struggle to quash surges in Covid-19 cases propelled by the highly infectious Delta variant.

The coronavirus continues to spread havoc from Asia to Africa and the battle against the disease is being hampered by new strains such as Delta, which was first seen in India.

The virus has reappeared in places long believed to have dodged the worst of the pandemic, with Australia — lauded for its successful “Covid zero” strategy — facing a resurgence that has grown to almost 1,000 cases nationwide in a month.

About 12 million Australians will be under stay-at-home orders by late Thursday as the country’s second biggest city Melbourne goes into a “hard and fast” lockdown, joining Sydney. 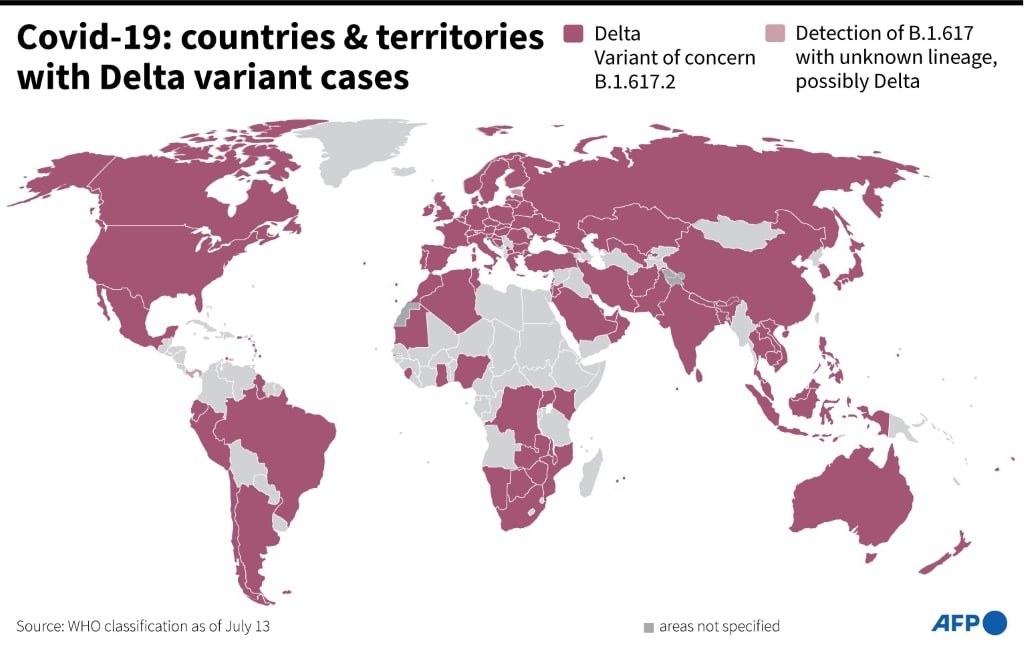 Map showing countries and territories where the Delta variant of the coronavirus (SARS-CoV-2 B.1.617.2) has been detected, according to WHO as of July 13.

State premier Dan Andrews said he took the decision to return the city — and surrounding Victoria — to its fifth lockdown “with a heavy heart” but it was an “absolute necessity”.

“Nothing about this virus is fair,” he said.

In Tokyo — now just over a week away from the opening ceremony of the virus-postponed Olympics — local authorities recorded 1,308 new cases, the highest number since January.

The virus is posing a unique challenge for Games organisers, who have been forced to ban spectators from almost all events and impose strict rules on visiting athletes.

Countries where healthcare infrastructure — and vaccine rollout capabilities — remain limited are under particular pressure, with Rwanda set to go into a new lockdown on Saturday as cases skyrocket.

The East African nation had previously avoided the worst of the pandemic by enforcing some of the strictest containment measures on the continent.

But hospitals have been overwhelmed as the country battles more virulent variants, including Delta, in recent weeks, with a critical shortage of beds and medicines. 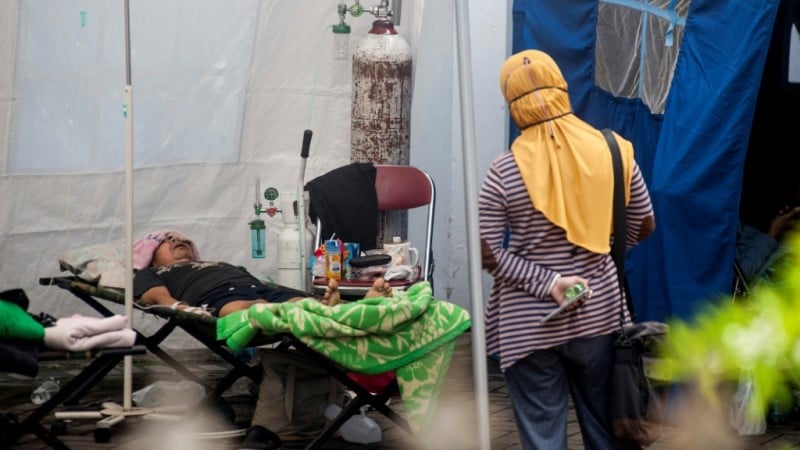 Indonesia has been battered by a virus explosion that has overwhelmed hospitals, leaving scores to die at home as desperate relatives hunt for oxygen tanks to treat the sick

In Asia, Indonesia Thursday posted a record 56,757 daily infections, as the Delta variant spreads through the world’s fourth-most populous nation, which is overtaking India as the region’s Covid-19 epicenter.

The China-based Asian Infrastructure Investment Bank said it was loaning the Southeast Asian nation $500 million to boost its response as Indonesia’s deadliest wave yet brings scores of hospitals to the brink of collapse.

Vaccine doses are flowing into the hard-hit country by the millions, including from Japan and the United States, while Jakarta on Thursday approved the Pfizer-BioNTech jab for emergency use. Indonesia has said it is on track to receive about 50 million doses of the jointly made jab through this year.

Also facing chronic shortages of medical supplies is Myanmar, where residents across the coup-hit country’s biggest city defied a military curfew in a desperate search for oxygen to keep their loved ones with Covid breathing.

Millions in Yangon and the second city of Mandalay have been ordered to stay home, but the death toll continues to rise and volunteer teams are stepping in to remove the bodies of victims from their neighbourhoods.

Residents told AFP they had slipped out in the dead of night to secure spots in lines to refill oxygen cylinders — dismissing claims from the country’s military rulers that there is more than enough to go around.

Painting a more optimistic picture despite rising caseloads of its own is neighbouring Thailand, where three more islands opened to vaccinated foreign tourists Thursday as part of the kingdom’s push to revive its battered tourism industry.

The country launched a “sandbox” scheme on July 1, allowing vaccinated travellers to visit Phuket island. Tourists do not have to quarantine in a hotel but cannot leave the island for two weeks.