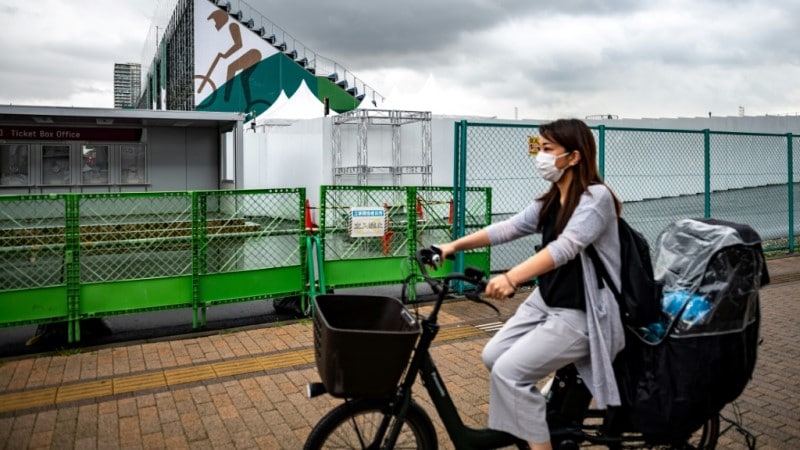 Like all big global events, Tokyo 2020 will leave an inevitable imprint on the planet

Olympics organisers have pledged to prioritise sustainability at the Tokyo Games in an attempt to demonstrate how countries such as Japan — a top carbon emitter — can work towards a greener future.

Their initiatives include furnishing the Olympic Village with recyclable cardboard beds, using electricity from renewable sources and minimizing waste at competitions.

But like all big global events, Tokyo 2020 will leave an inevitable imprint on the planet. Here are some key points to know about its environmental impact:

The most recent official estimate of the Tokyo Games’ carbon footprint — more than some countries such as Montenegro emit in a year.

It includes 1.5 million tons of CO2 generated through the construction or renovation of venues and other infrastructure.

But it does not account for a ban on overseas spectators to limit coronavirus infection risks.

When their air travel and accommodation emissions are excluded, the total footprint should come down by around 340,000 tons of CO2, organizers say.

They will publish a final evaluation after the Games are over.

The figure is already lower than that of the Rio and London Olympics, and Paris has set an even more ambitious target of 1.5 million tons as host of the 2024 Games.

Tokyo 2020 also says it plans to “offset” its footprint by purchasing carbon credits, which finance local projects aimed at reducing greenhouse gas emissions, equivalent to around 4.38 million tons of CO2.

But such programs are controversial. Activists accuse big business of paying for a quick fix rather than seeking to overhaul their operations, and some offset projects have failed to deliver.

Games organisers have set a target of using 100 percent renewable electricity at Olympic sites during the event.

But only 30 to 35 percent of this power will come directly from green sources, mainly solar energy and biofuel, a Tokyo 2020 spokesman told AFP.

These credits certify that the same amount of clean energy has been injected into the country’s power grid, or that an equivalent amount has been saved through renovating homes in Tokyo to make them more energy efficient.

Tokyo 2020 says it is “continuing to work to ensure that 99 percent of goods procured for the Games are reused or recycled”, renting items where possible and selling on those that were purchased new.

The scope of this goal is limited, however, as it chiefly refers to furniture for the Olympic Village as well as office and IT equipment for Games operations.

Some fixtures have been specifically designed to be recycled, such as the beds in the Olympic village, which are made from reinforced cardboard. Medals are made from recycled consumer electronics, and podiums from old plastic.

With spectators barred from nearly all events at the Games — the first ever to be held almost entirely behind closed doors — the mountains of consumer waste usually left behind by big crowds may be less of a concern.

Organisers have set a target of reusing or recycling 65 percent of waste generated during the event.

There will be separate bins at venues and the Olympic Village for plastic bottles, cans, paper, food waste, with anything not sorted properly separated at a later stage.

Non-recyclable waste will be converted into energy by being burnt, organisers say, while paper has been chosen over single-use plastic where possible, such as at canteens.