We humans are just hardwired to react this way. And just like anywhere else in the world, Southeast Asia has a lot to be proud of when it comes to chocolate.

Cocoa or cacao, although the first sounds fancier than the latter, is the main ingredient of making chocolates. These plant trees thrive well in places with temperate climates and all-year-round rainfall.

Needless to say, the region is blessed with this ideal condition. In fact, other than the Ivory Coast and Ghana in Africa, Indonesia is one of the biggest cocoa producers in the world.

These exporters supply the production of major chocolate factories like Hershey’s, Ferrero, Lindt, or Cadbury, just to mention a few. 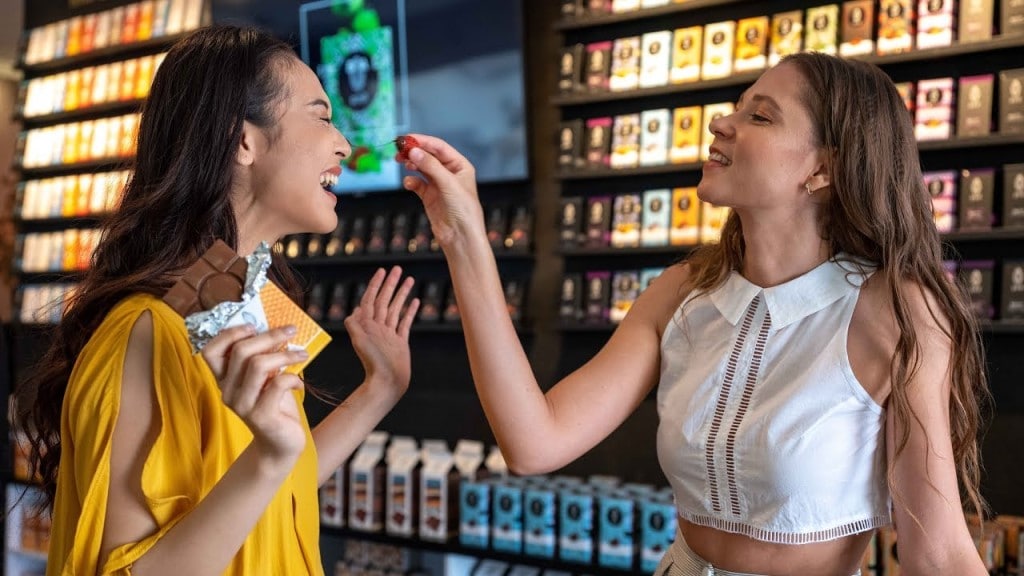 The steep price increase of chocolate products in the past few years consequently lowered its demand in Europe and in North America. But it’s a different story in SEA and Asia as a whole, where the chocolate market continues to grow.

The sustained demand for these sweet tasty treats in Asia-Pacific is seen as a direct result to the region’s rising middle class population, a report said.

With a higher income comes greater opportunities to give in to indulgences, and perhaps the most affordable kind of luxury one could easily get their hands on are chocolates.

However, the most common brands Asians know and consume either come from the US, Switzerland, France, or Belgium.

The Shift From Producer To Maker

This chocolatey situation is now beginning to take a change.

In the recent years, a number of world-class chocolatier companies have risen from countries like Indonesia, Vietnam, Malaysia, and the Philippines.

These single-origin confectionery factories, according to Bloomberg, source their raw ingredients directly from small cacao farmers. From the farm, the beans go straight to roasting, peeling, grinding, blending, and up to the final stages of the process. This is the reason why these factories are called “bean-to-bar” confectioners.

In Malaysia, for example, the brand Chocolate Concierge sources their beans from the indigenous Temuan community. Over at Indonesia, they have the Pod Chocolate brand. While the company is being owned by a foreign national, it gained support from locals who enjoy the considerably higher purchasing rates of their beans.

Another internationally-owned but locally-produced chocolate brand is the Marou Faiseurs de Chocolat in Vietnam. Owned by Samuel Maruta and Vincent Mourou, their line of chocolates recently caught everyone’s attention for integrating some ingredients used in making pho – a food staple in the country.

Over at the Philippines, another rising chocolate brand, Hiraya Chocolates, is making wave for its unique blend of chocolates mixed with local delicacy flavors like quezo de bola (cheese) and chicharon (pork skin cracklings).

These are just but a few of a handful more local chocolatiers around Southeast Asia that has been putting a whole new meaning to making chocolates.

A Huge Boon To The Locals

Bean-to-bar chocolate makers are gradually gaining appeal from the public. Local cacao farmer communities, in particular, are enjoying the benefits that this industry has to offer. More than just making names in the global scene, these local food companies carry a social mission that empowers less-privileged people who were previously getting paid close to nothing for their precious beans.

But beyond the economics, local chocolatiers, who themselves are struggling to make returns in their investments, have created a close connection to these farms. This unique relationship opens up opportunities for farmers to become aware on the value of their hard work.

What local chocolate brands you have tasted and loved? Tell us in the comments below.