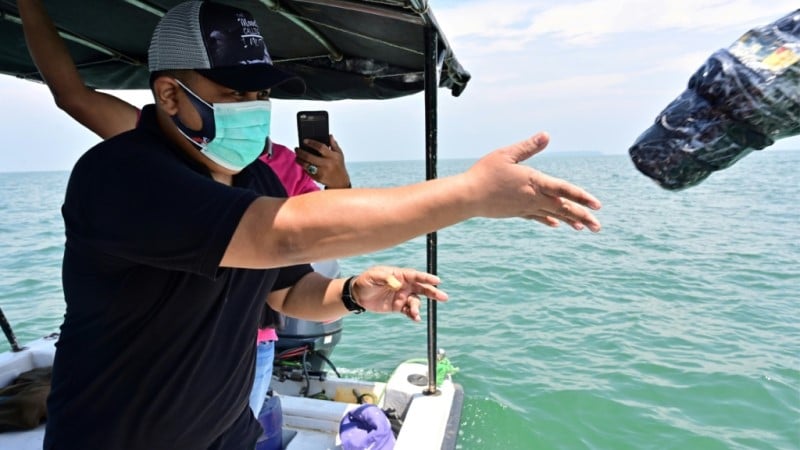 Every year, pounding rains wash away mountains of plastic waste from the streets of Jakarta, with some of it ending up as far away as Bali’s beaches. So scientists are turning to satellites to trace the rubbish and figure out how to tackle the problem.

Indonesia allows more waste to enter the ocean than any other country apart from China.

The archipelago of nearly 270 million people dumps a whopping 620,000 tons of plastic into its waterways annually, a figure the government says it wants to cut by two-thirds over the next five years.

Scientists hope following the waste’s movement will help them understand the full extent of the problem and decide how best to collect it based on seasonal, wind and water current patterns. 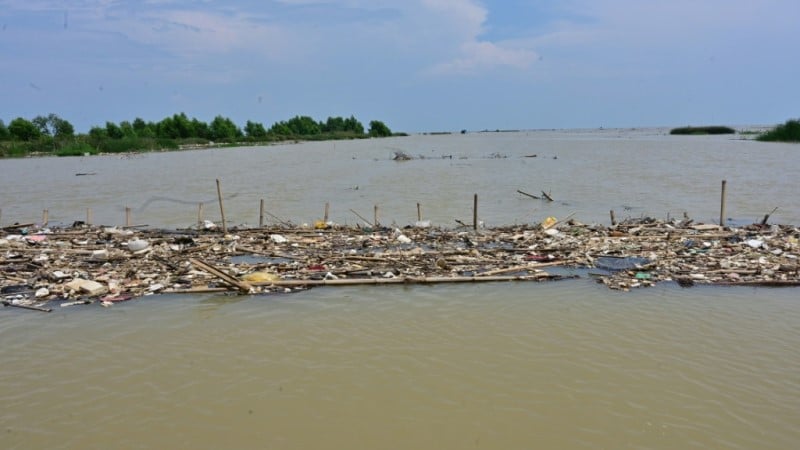 Indonesia is the world’s second-biggest marine waste contributor — behind only China — dumping 620,000 tons of plastic waste into its waterways annually

The World Bank-backed project is a collaboration between a team from Indonesia’s maritime affairs ministry and CLS, a subsidiary of France’s space agency.

It is an indication of the issue’s global importance — today, there is an estimated 150 million tons of plastic circulating in the world’s oceans, with more being dumped every minute, according to US-based Ocean Conservancy.

Still in the Ocean

Since February, the team have deployed satellite beacons at the mouths of rivers around Jakarta, Bandung in Central Java and Palembang on Sumatra island.

“Today we’re launching GPS beacons to learn how the plastic debris gets into the sea,” says CLS tracking manager Ery Ragaputra, as he tosses a yellow device wrapped in a waterproof cover into the Cisadane river, which empties into the Java Sea near Jakarta.

“These trackers will follow where the trash gathers and where it lands.”

Data collected by the beacons, which have a one-year battery life, are transmitted hourly to a satellite that pings the information to CLS headquarters in France, and then back to screens at Indonesia’s maritime affairs ministry. 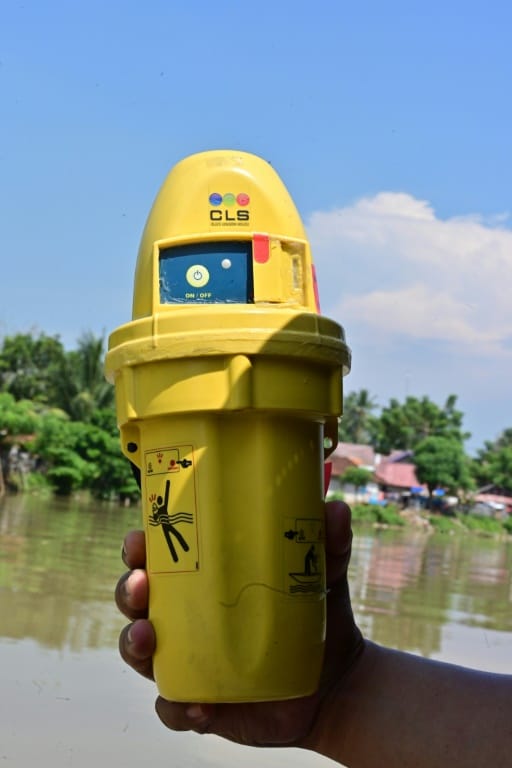 Plastic satellite beacons like this one are wrapped in waterproof covers and tossed into the mouths of rivers; they then transmit data hourly

“Ninety percent of the beacons we have released are beaching after a few hours or a few days, which is relatively good news as it makes it easier for the Indonesian authorities to collect (the rubbish),” said Jean-Baptiste Voisin, director of CLS’s local subsidiary.

“(But) some waste released six months ago is still drifting, so the debris is still in the ocean,” he added.

Among the beacons launched near Jakarta, some have travelled 1,100 kilometres (680 miles) east to the holiday island of Bali, while others from Indonesia’s second-biggest city Surabaya have floated all the way to fragile mangroves in westernmost Sumatra.

The goal is to release up to 70 beacons by the end of next year. 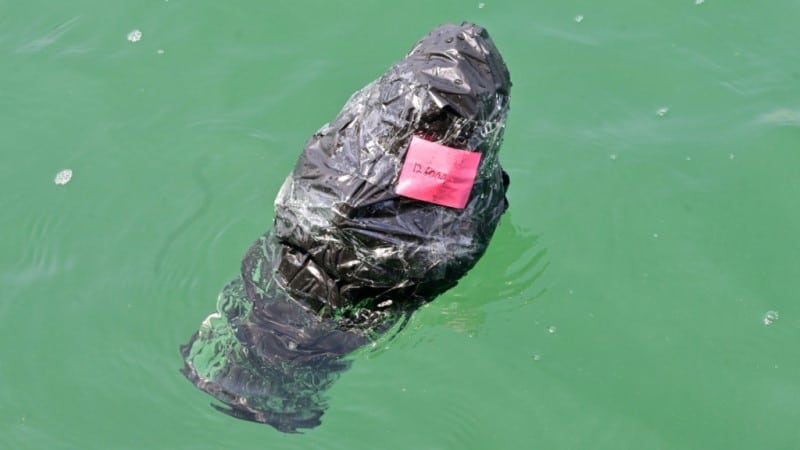 Cleaning up Indonesia’s waters is an immense challenge and these efforts may take years to bear fruit.

While the capital Jakarta has banned single-use plastics, public awareness remains low and waste recycling is only in its infancy. The vast city’s rivers are a waste-choked eyesore.

Authorities hope that by identifying plastic drift and how it accumulates, they will be able to collect it more efficiently — for example by deploying boats to key rubbish sites or equipping the locations with waste-collecting traps.

They think it will also mean they can better anticipate its impact on the environment. 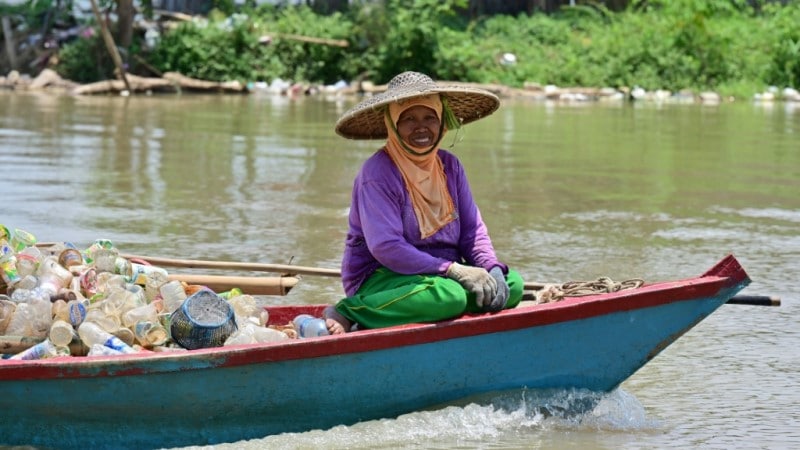 Waste recycling is only in its infancy in Indonesia, despite some initiatives such as a single-use plastics ban in the capital Jakarta

There are concerns about the impact of ingesting microplastics on human health; and plastic waste is a threat to hundreds of marine species and birds.

A sperm whale was found dead in Indonesia two years ago with some 115 plastic cups and 25 plastic bags in its stomach, among the nearly six kilograms (13 pounds) of plastic rubbish discovered in its carcass.

And plastic near Bali is a high risk for turtles migrating across the Java Sea to the island, said Aulia Riza Farhan, the maritime ministry’s deputy director for surveillance and fleet operations.

“The most important thing is to know when the marine debris comes into contact with the migration of marine animals like turtles and whales,” he added.