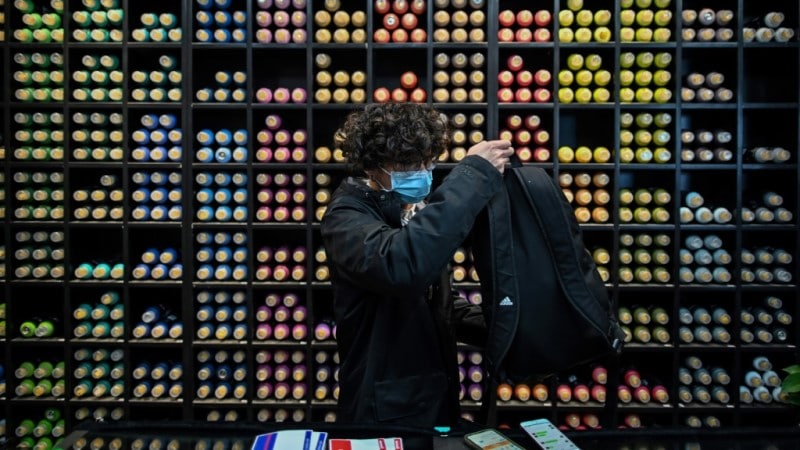 A melancholy guitar melody intertwines with an ethereal beat as wild-haired singer Lu Yan intones his hometown’s feelings into a microphone: “Virus in Wuhan. We all survived.”

In music, graffiti, even comics, Wuhan artists are beginning to pay homage to their city with works referencing its coronavirus suffering, punishing 76-day lockdown, and subsequent rebirth.

“Wuhan’s people made a great sacrifice for the whole nation and world,” Lu said of the song’s intended message.

The song, “WUHAN2020”, is the title track of the pandemic-themed debut album by Wuhan synth-rock trio Hardcore Raver in Tears, conceived and written remotely while the bandmates were separated during the lockdown. 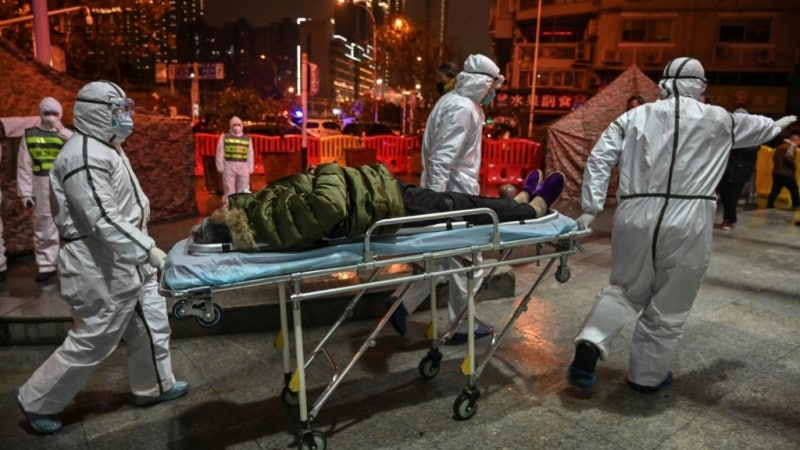 The coronavirus emerged in the Chinese city Wuhan one year ago, before spreading into a global pandemic

“I was worried the world would end,” said Lu, after singing through a black mask during a rehearsal in a Wuhan studio.

The coronavirus emerged in the city one year ago, before spreading into a global pandemic.

The vast majority of China’s 4,634 officially acknowledged Covid-19 deaths occurred in Wuhan. Its economy was pummeled, and its name indelibly linked to the pathogen.

To many Wuhan citizens, the pandemic period is best forgotten.

Huang, a self-taught 22-year-old designer, tagged the city with virus-themed graffiti during the lockdown, using a pass gained as a pandemic volunteer to evade restrictions on moving around what had become a ghost town.

Huang’s subjects have included ophthalmologist Li Wenliang, one of several Wuhan doctors who first warned of the spreading contagion in December 2019 and were told by authorities to keep quiet.

Li later died of the virus.

As with nearly all his pandemic graffiti, Huang’s homage to Li — the phrase “Speak righteously and remember this forever” spray-painted on the walls of the Wuhan Central Hospital where Li worked — was quickly painted over.

“I don’t mind, because I think I’ve done what I wanted to do and it was enough for me to express what I wanted to say,” said Huang, who cultivates a Bohemian look with wide-rimmed glasses and a wispy goatee.

He previously used English words in his graffiti, switching during the pandemic to artistic renderings of Chinese characters.

“It’s more direct, and something everybody understands,” he said. 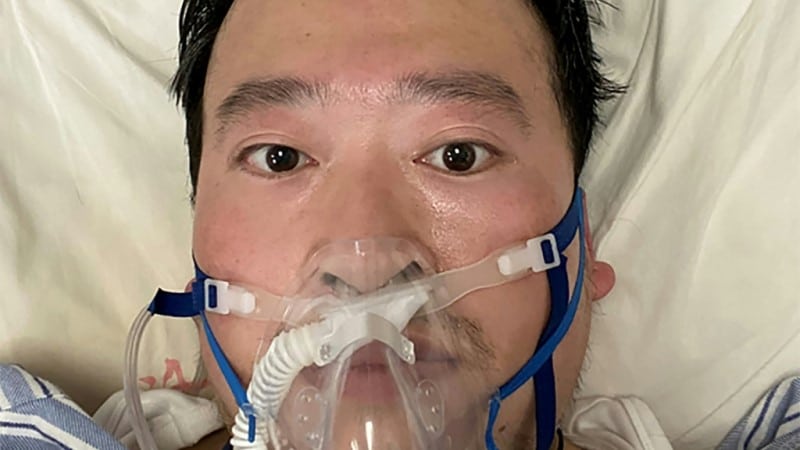 As he spoke, Huang and two fellow taggers worked under cover of night on a mural inside an abandoned residential building — a green pine forest encircling a giant blazing match, all book-ended by the two Chinese characters for “hope”.

Chinese media reports have highlighted an explosion of Wuhan video-bloggers who have documented the outbreak and how it has affected citizens, including an amateur rapper/vlogger who sings about the city in Wuhan’s unique dialect.

Chinese-American artists with Wuhan roots have also created comics celebrating the city, to show it is not just Virus Ground Zero.

Wuhan has long had a rebellious streak.

It was the scene of a 1911 uprising that sparked China’s revolution against imperial rule; was later known as a polluted industrial city with a rough-hewn blue-collar population; and more recently has become famous as China’s capital of punk rock.

But rock singer Lu said the sobering pandemic experience had given his band a kinder, more mellow sound.

“No matter for people in Wuhan, Chinese people, or people around the world, being kind-hearted is the starting point,” Lu added.