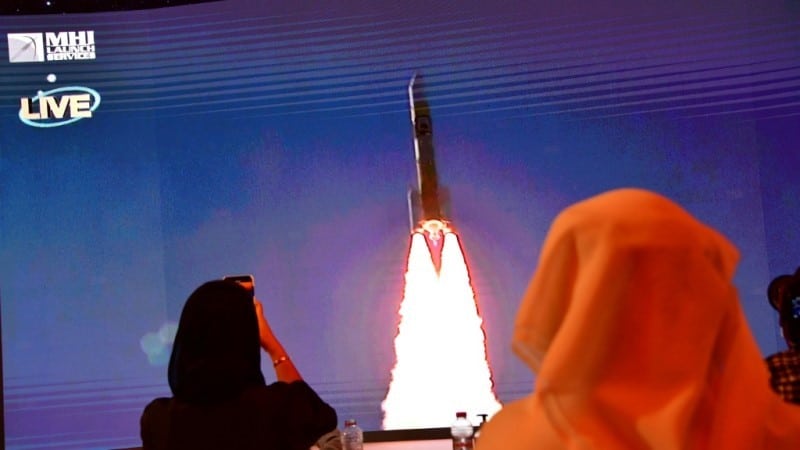 The first Arab space mission to Mars blasted off Monday aboard a rocket from Japan, with the probe dubbed “Hope” successfully separating about an hour after liftoff.

A live feed of the launch showed the rocket carrying the unmanned probe, known as “Al-Amal” in Arabic, lifting off from the Tanegashima Space Center in southern Japan at 6:58 am local time (2158 GMT).

Almost exactly one hour later, the feed showed people applauding in the Japanese control room as the probe successfully detached.

In Dubai, the launch was met with rapturous excitement, with the UAE Mars mission’s deputy project manager Sarah Al-Amiri declaring it “an indescribable feeling” to see the probe blasting off. 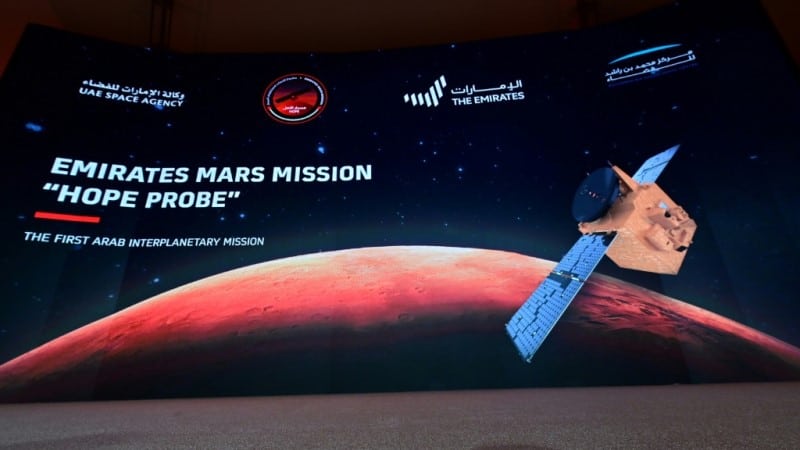 The “Hope” probe will not land on the Red Planet, but instead orbit it for a whole Martian year

“This is the future of the UAE,” Amiri, who is also minister of state for advanced sciences, told Dubai TV from the launch site.

The Emirati project is one of three racing to Mars, including Tianwen-1 from China and Mars 2020 from the United States, taking advantage of a period when the Earth and Mars are nearest.

In October, Mars will be a comparatively short 38.6 million miles (62.07 million kilometers) from Earth, according to NASA.

“Hope” is expected to reach Mars’s orbit by February 2021, marking the 50th anniversary of the unification of the UAE, an alliance of seven emirates. 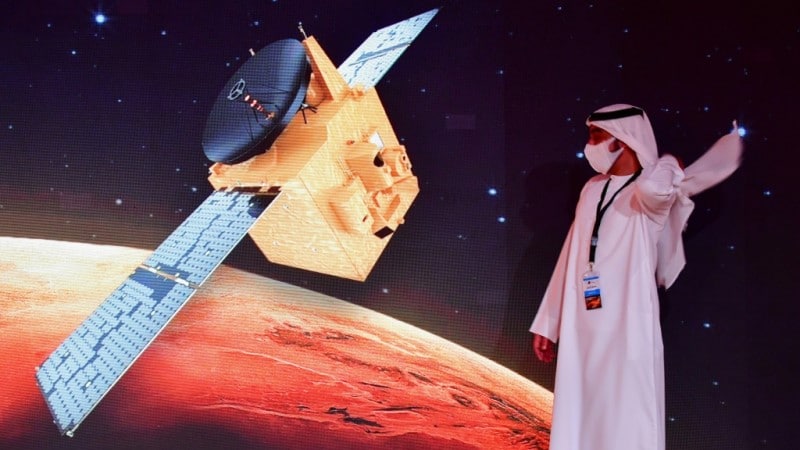 The unmanned Emirati probe, known as “Al-Amal” in Arabic, is one of three spacecraft racing to Mars, including Tianwen-1 from China and Mars 2020 from the United States

Unlike the two other Mars ventures scheduled for this year, it will not land on the Red Planet, but instead orbit it for a whole Martian year, or 687 days.

While the objective of the Mars mission is to provide a comprehensive image of the weather dynamics in the Red Planet’s atmosphere, the probe is a foundation for a much bigger goal — building a human settlement on Mars within the next 100 years.

The UAE also wants the project to serve as a source of inspiration for Arab youth, in a region too often wracked by sectarian conflicts and economic crises.

On Twitter, the UAE’s government declared the probe launch a “message of pride, hope and peace to the Arab region, in which we renew the golden age of Arab and Islamic discoveries.”

Dubai’s Burj Khalifa, the world’s tallest skyscraper, lit up hours before liftoff with a symbolic 10-second countdown in anticipation of the launch, which was twice delayed by bad weather.

Several dozen probes — most of them American — have set off for the Red Planet since the 1960s. Many never made it that far, or failed to land.

The drive to explore Mars flagged until the confirmation less than 10 years ago that water once flowed on its surface.

Omran Sharaf, the mission’s project manager, has said the “Hope” probe will offer a special perspective on the elusive planet.

“What is unique about this mission is that for the first time the scientific community around the world will have an holistic view of the Martian atmosphere at different times of the day at different seasons,” Sharaf told a pre-launch briefing. 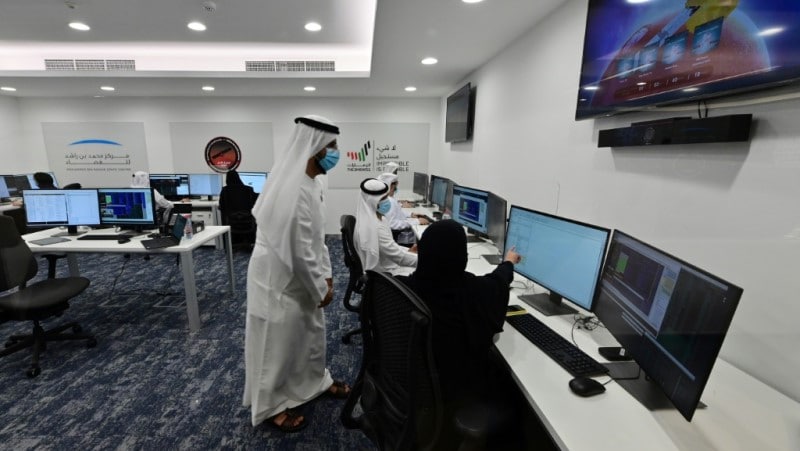 Omran Sharaf, the mission’s project manager at the Mohammed Bin Rashid Space Centre in Dubai, has said the “Hope” probe will offer a special perspective on the elusive “Red Planet”

“We have a strategy to contribute to the global effort in developing technologies and science work that will help one day if humanity decides to put a human on Mars.”

The UAE already has nine functioning satellites in orbit, with plans to launch another eight in coming years. And in September, it sent the first Emirati into space on a mission to the International Space Station.

But the UAE’s ambitions go well beyond that, with a goal of building a human settlement on Mars by 2117.

by Miwa Suzuki with Dana Moukhallati in Dubai