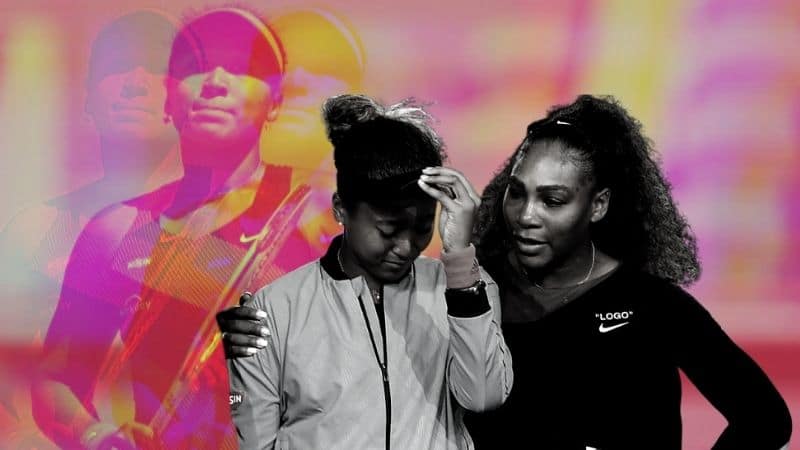 Four-time major champion Naomi Osaka has announced that she will be withdrawing from the French Open due to mental health issues. In the fallout, The French Tennis Federation mocked Osaka’s decision in a now-deleted tweet.

Japanese tennis superstar Naomi Osaka has pulled out of the French Open and called attention to mental health. The four-time Grand Slam winner refused to do interviews after her French Open matches, citing mental wellbeing concerns.

Following her major decision, the French Open tweeted a photo of Kei Nishikori, Aryna Sabalenka, Rafael Nadal, and Coco Gauff doing interviews with the caption “They understood the assignment.” The tweet has been deleted.

Despite being deleted, the tweet has been shared widely, and drew flak from tennis fans and mental health advocates for “humiliating” Osaka.

“I mean, these particular players are a great look for tennis but making a player feel guilty & humiliating her is NOT a good look for a tennis fed,” tweeted a fan.

“I understand your attempt at making a point but this isn’t a good look,” another twitter user said.

To respond to the controversy, Osaka has tweeted “Anger is a lack of understanding. Change makes people uncomfortable.”

Osaka has been fined $15,000 for skipping her interviews after her first-round win, and was even warned of expulsion from future Grand Slams if she continued not meeting her media commitments.

The tennis star has been a hot topic on Twitter since the event, but not all tennis fanatics understood the reasons behind her decision.

“What Osaka really means is that she doesn’t want to face the media if she hasn’t played well, because the beastly journalists might actually dare to criticize her performance, and she’s not going to ‘subject’ herself to ‘people that doubt me,” Morgan added in his lengthy column.

Osaka’s Battle with Her Mental Health

Osaka issued a statement on Twitter stating that she was withdrawing from the French Open and she will be taking some time away from the court. Osaka posted on social media that she never wanted to be a distraction and that she would never trivialize mental health.

“I am not a natural public speaker and get huge waves of anxiety before I speak to the world’s media. I get really nervous and find it stressful to always try to engage and give you the best answers I can. So here in Paris I was already feeling vulnerable and anxious so I thought it was better to exercise self-care and skip the press conferences.”

Osaka and the French Open

French Tennis Federation President Gilles Moretton has said that the FTF is sorry and sad for Osaka, and they are looking forward to having her in the tournament next year.

“As all the Grand Slams, the WTA, the ATP and the ITF, we remain very committed to all athletes’ wellbeing and to continually improving every aspect of players’ experience in our Tournament, including with the Media, like we have always strived to do,” said Moretton.

Stars of the tennis world have also rallied behind Osaka.

“Take care of yourself and see you back winning soon!” tweeted Venus Williams.