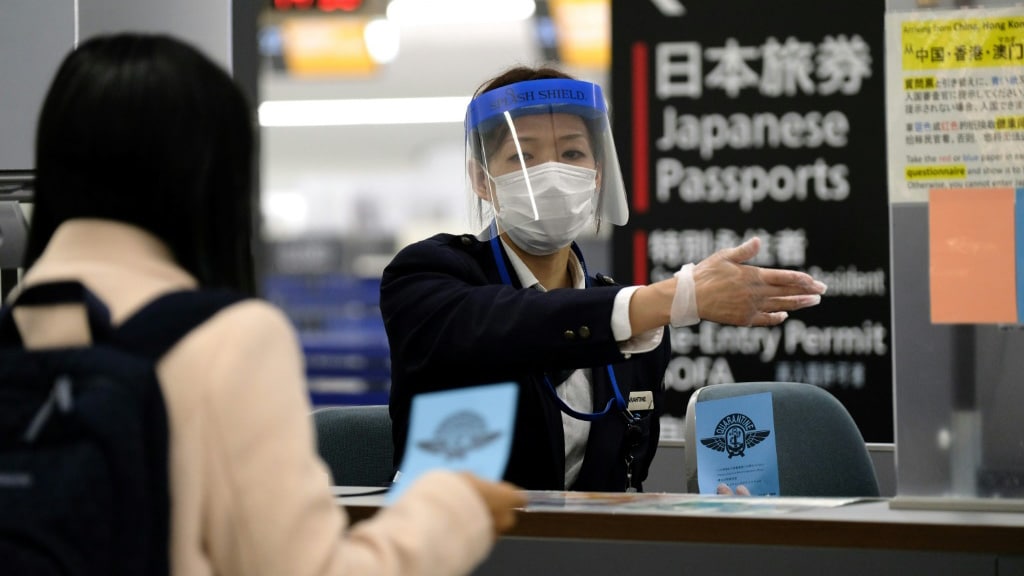 Masks have been in short supply in Japan, as elsewhere, with the spread of the new
coronavirus

A Japanese politician apologized Monday after he made $86,000 auctioning face masks online as the country deals with a shortage during the new coronavirus outbreak.

Hiroyuki Morota, a member of the Shizuoka prefecture assembly and owner of an import firm, defended his decision in a televised press conference but conceded that the move was ill-timed.

Morota said he auctioned packages of masks, some containing 2,000 pieces, via the internet dozens of times over a one-month period, netting 8.88 million yen ($86,000).

Morota said he bought the masks 10 years ago in China for 15 yen a piece, according to the Shizuoka Shimbun daily — or 30,000 yen for a packet containing two thousand masks.

“Those were inventory items that had been stored at my firm for years. It was not that I was earning unjust profits,” Morota said.

“But as a member of the prefecture assembly, I feel I have a moral responsibility.”

The apology came after he faced a storm of criticism for the sales and his claims that the auction prices were market value.

Internet users have long complained that there are not enough supplies of masks on the market, and speculated that some people have bought up available stock to resell them at higher prices.

Morota said he will step down as the head of the firm, giving the top management post to his wife, but will keep his public office.

Morota said he was in talks with the local government about donating the proceeds from his mask sales.