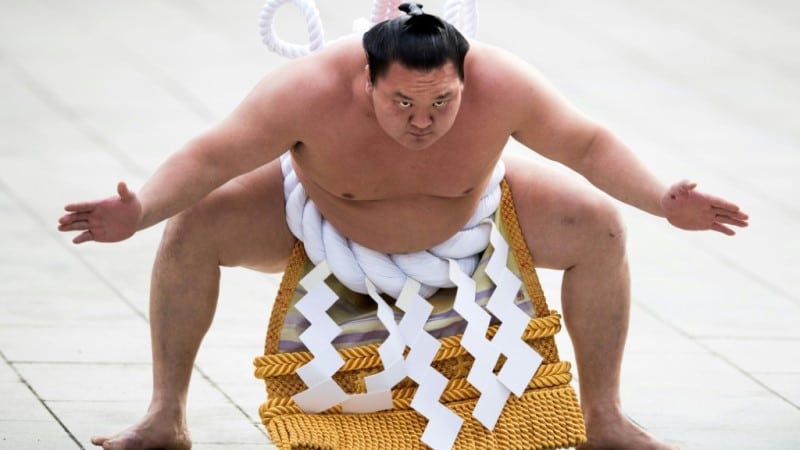 Hakuho is the highest-ranking sumo wrestler to contract coronavirus

The JSA said Hakuho was tested after noticing a loss of smell, and that other members of the Miyagino stable who are thought to have come into contact with him would be tested Tuesday.

The Mongolian-born 35-year-old, who has won a record 44 tournaments and holds sumo’s highest rank of yokozuna, had been preparing for the 15-day New Year Grand Sumo Tournament, which starts Sunday in Tokyo.

A JSA spokesperson said his participation in the basho, or tournament, was as yet undecided, but the competition was set to go ahead as scheduled.

A gyoji, or referee, from a different stable also tested positive on Monday after complaining of a fever and cough.

A 20-year-old sumo wrestler died in Japan last May after contracting the virus and suffering multiple organ failure.

But Hakuho is the first wrestler from the sport’s top ranks to test positive for the virus.

He has been dealing with a knee injury and has not completed a tournament since March, when he won the Spring Grand Sumo Tournament in Osaka.

He withdrew from three straight tournaments this year, and was given an official warning by the JSA along with fellow yokozuna Kakuryu in November for repeated absences.

The warning is the sport’s strongest rebuke, short of recommending retirement.

Hakuho, who was born Munkhbat Davaajargal, came to Japan at age 15 to enter the sumo world and acquired Japanese citizenship in September 2019.

Japan is currently battling a third wave of infections, with Prime Minister Yoshihide Suga saying Monday he was considering declaring a state of emergency in the greater Tokyo area.

Suga on Monday insisted that the government was still committed to holding the virus-postponed Tokyo Olympics this summer, saying the Games would be “proof that mankind overcame the virus.”