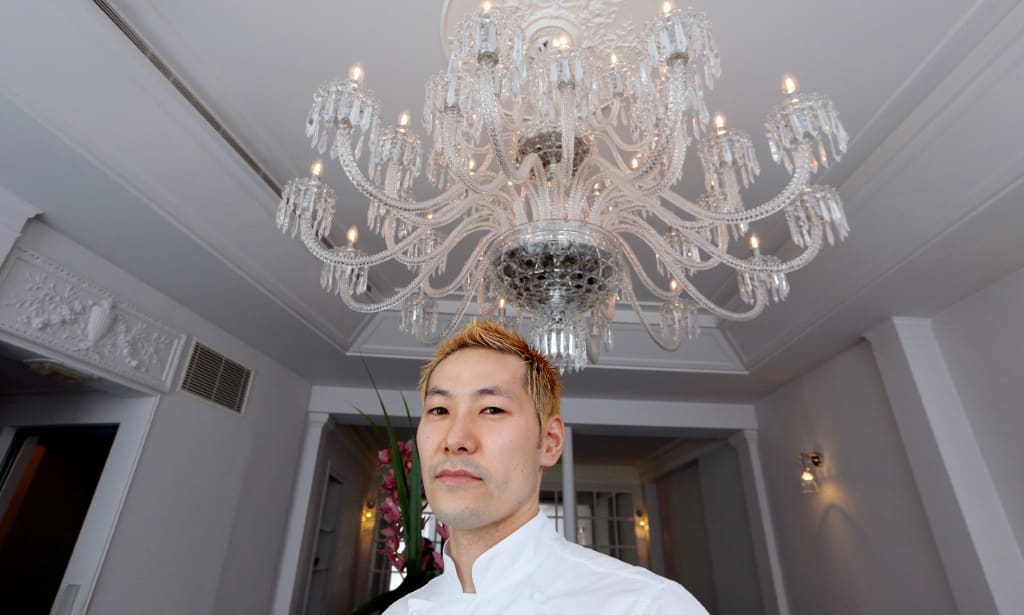 Chef Kei Kobayashi became the first Japanese chef ever to win the maximum three Michelin stars in France on Monday.
The flamboyant 42-year-old, who was born in Nagano, was the biggest winner on a night when Japanese cooks triumphed in the backyard of French haute cuisine.

Kazuyuki Tanaka won two stars for Racine, his restaurant in the northeastern city of Reims, as did Yasunari Okazaki for his sushi and crossover cuisine at L’Abysee au Pavillon Ledoyen in Paris.

Kobayashi — a striking figure with bleached blond hair — said Japanese cooks have earned their place at the top table of French cuisine.

“There are lots of Japanese chefs now in France and you have accepted us and given us a place,” he said as picked up the highest distinction in French cooking.

“Thank you, France,” he added.

Kobayashi admitted that his perfectionism can make him a “difficult person” to work with.

A dozen top Japanese cooks in France have shaken up the elite ranks of the Michelin in recent years, led by two-star chefs Takao Takano in Lyon and Masafumi Hamano at the Au 14 Fevrier near Macon in rural Burgundy.

Last year, Keigo Kimura at the Asperule in Dijon and Takafumi Kikuchi at La Sommeliere in Lyon won their first stars for helping to re-define and re-invent French cuisine.

Kobayashi opened his restaurant, Kei, in centre of the French capital nine years ago, and wowed diners with such dishes as sea bass cooked on its scales and smoked salmon with roquette mousse and a tomato vinaigrette with lemon emulsion.

Critics hailed the precision of his cooking and the way he made relatively simple dishes like gnocchi, truffle, bellota ham and parmesan cheese extraordinary.

He told AFP after his Michelin victory Monday that he didn’t like his cooking “categorized” as either French or Japanese, “just the best”.

The famous red guide described him as a “virtuoso of flavors” and his cooking as both “delicate and memorable”.

“It’s very simple. Every dish that Kei turns the rigor of his attention to is called on to become a signature one,” it added.

But not all French gastronomes were quite as convinced of his genius.

The influential culinary website Atabula said his cooking lacked “coherence and emotion”, adding that although his restaurant was “a good two-star table, it’s a thin three-star one”.

Kobayashi, however, is not one to be easily shaken.

With its sparse grey interior, the chef said he did not need to hang pictures on the walls of his 30-seat restaurant, which he runs with his wife Chikako.

“My cuisine provides the necessary touches of color,” he declared. 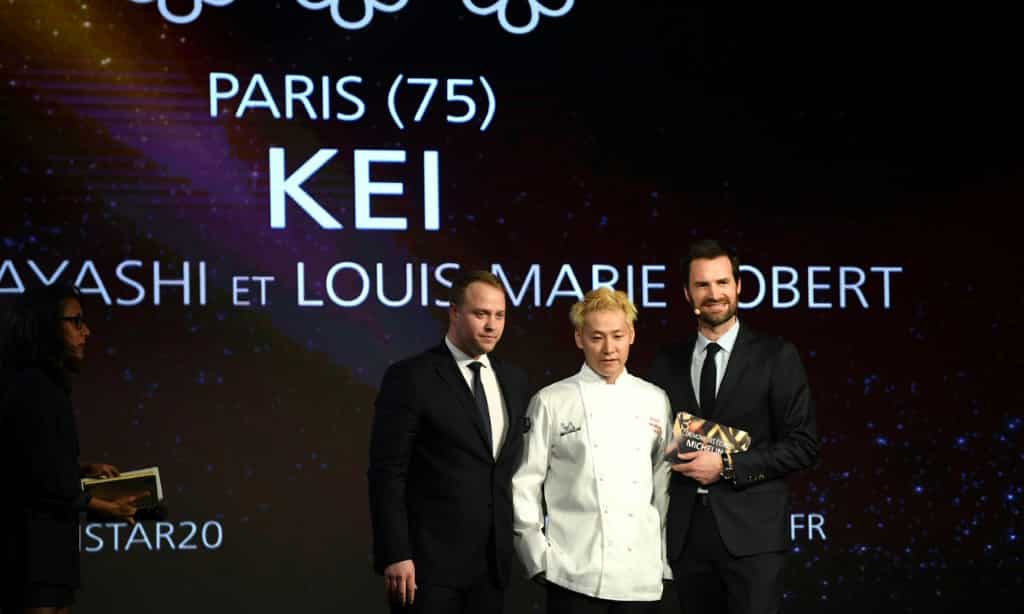 The son of a chef who worked in a traditional Japanese multi-course “kaiseki” restaurant, Kobayashi decided to dedicate himself to French cuisine after watching a television documentary about the nouvelle cuisine pioneer Alain Chapel, himself a three-star Michelin chef.

He moved to France in 1998 after training in French restaurants in Japan, working under the legendary chef Gilles Goujon at the Auberge du Vieux Puits on the Swiss border and Alain Ducasse at the Plaza Athenee in Paris before going out on his own.

Michelin’s rewarding of so many Japanese chefs again shows how French gastronomy — once regarded as the best in the world — has opened up to foreign cooks as its dominance has waned.

Last year, the Argentinian Mauro Colagreco became the first foreign chef working in France to get three Michelin stars for his restaurant Mirazur, overlooking the Mediterranean at Menton near the Italian border.

Two French chefs — Christopher Coutanceau from the western port city of La Rochelle and Glenn Viel, who cooks at the Oustau de Baumaniere hotel in Baux-de-Provence — joined Kobayashi this year in earning the maximum Michelin ranking.

Only some 130 restaurants worldwide hold the prestigious guide’s highest distinction. 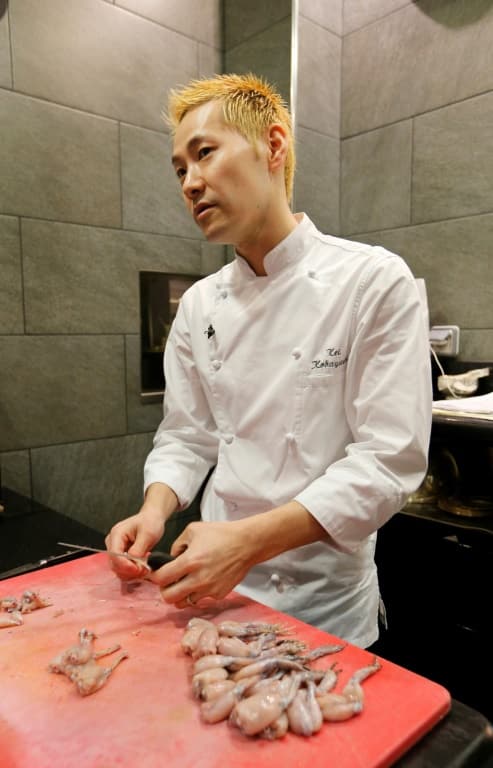