Japanese Karate Champion Testifies She Was Bullied by Official 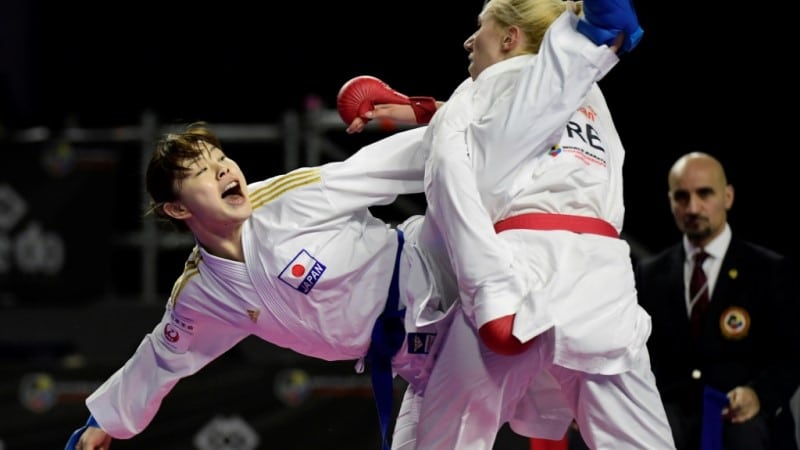 A Japanese karate champion who will compete at the Tokyo Olympics testified before an ethics commission Wednesday, alleging that a federation official hit her in the face with a bamboo sword.

Ayumi Uekusa, who will compete in the women’s over 61kg kumite category as karate makes its Olympic debut this summer, said she was the victim of a bullying campaign by Masao Kagawa, the technical director of the Japan Karatedo Federation.

It is the latest “power harassment” scandal to hit Japanese sport, with the country’s wrestling federation apologizing to four-time Olympic champion Kaori Icho in 2018 over bullying claims.

Uekusa, a world champion in 2016, claimed in a blog post on Sunday that Kagawa began using a bamboo sword as part of her training, with the aim of forcing her to dodge his swings and thrusts.

But Uekusa says she and other athletes suffered bruised eyes after Kagawa hit them in the face with the sword while training without protective headgear. Kagawa has denied the allegations.

She also claimed Kagawa frequently shouted at her and admonished her about her private life, damaging her self-esteem and leaving her unable to train because of stress.

“Meeting my instructor became so tough, bursting into floods of tears on my way to the dojo became part of my daily life,” she wrote on her blog.

“Training was such a stifling environment that I suffered mental stress, and there were times when I couldn’t go to training and just stayed at home.”

Japanese media reported that both Uekusa and Kagawa testified in front of the federation’s ethics committee in Tokyo on Wednesday, with Uekusa telling reporters she had “talked thoroughly” about what had happened.

The Mainichi Shimbun daily said Kagawa denied the charges on Sunday night, telling the paper “I would never do such a thing as jabbing an Olympic athlete in the face and injuring them”.