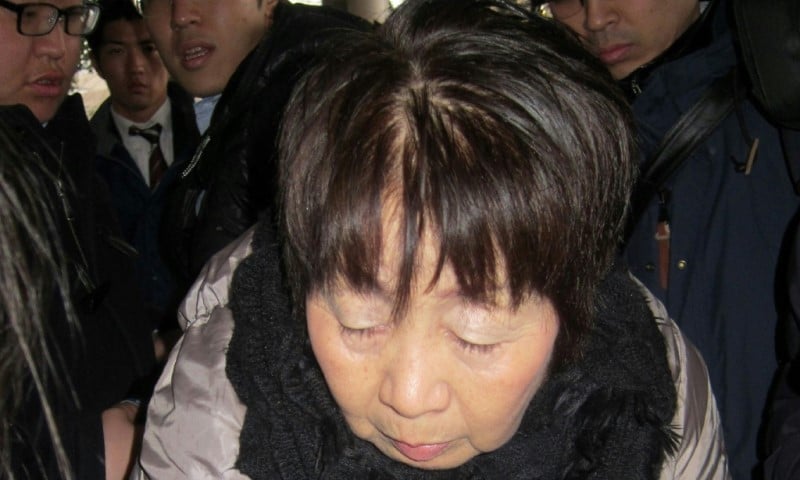 A Japanese woman dubbed the “Black Widow” who used cyanide to kill her elderly lovers had her final appeal against the death sentence rejected on Tuesday by the country’s top court, local media said.

Chisako Kakehi, 74, was sentenced to death by hanging in 2017 for the murder of three men — including a husband — and the attempted murder of another, in a case that gripped Japan.

Two years ago, a high court dismissed an appeal by the serial killer who pocketed millions in insurance payouts and inheritance, drawing comparisons in the media with the spider that poisons its mate after copulation.

“She used cyanide on the men after making them trust her as a life partner. It’s a calculated, cruel crime based on a strong intent of murder,” Miyazaki said.

When contacted by AFP, officials at the top court could not immediately confirm the reports.

The defense lawyers had claimed Kakehi was incapable of going through trials due to dementia, and she told Yomiuri TV before the ruling that she “did not want to die”.

Kakehi reportedly amassed one billion yen ($9 million) in payouts over 10 years, but subsequently lost most of the fortune through unsuccessful financial trading.

She had relationships primarily with elderly or ill men — meeting some through dating agencies, where she reportedly stipulated that prospective partners should be wealthy and childless.

Cyanide was found in the body of at least two of the men she was involved with and police reportedly found traces of the poison in the rubbish at her Kyoto home.