Japan’s ‘Father of Sudoku’ Dead at 69 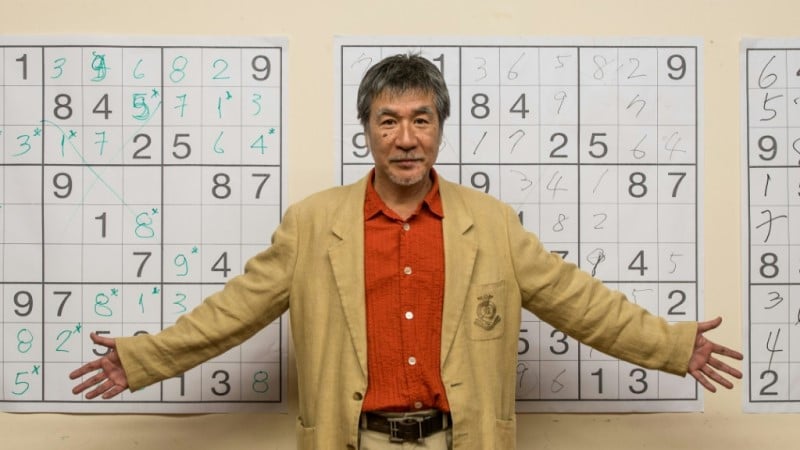 The man dubbed the “father of Sudoku” for his role in popularizing the numerical brainteaser loved by millions, has died of cancer at 69, his Japanese publisher has announced.

In a notice posted Monday, Nikoli said Maki Kaji died at home on August 10 after battling cancer, and a memorial service would be held at a later date.

“Mr Kaji was known as the father of Sudoku and was loved by puzzle fans all around the world,” the publisher said in a statement on its website.

Sudoku, a sort of numerical crossword, was invented by Swiss mathematician Leonhard Euler in the 18th century.

The modern version is sometimes said to have been formulated in the United States, but Kaji is credited with having popularised the puzzle.

He is also said to have come up with the name Sudoku, a contraction of a Japanese phrase meaning “each number must be single”.

Sudoku requires a player to put the numbers one to nine in a box made up of 81 squares, so that no number is repeated in any of the nine vertical or horizontal lines.

To complicate matters further, the grid is also sub-divided into nine blocks containing nine single squares, and each block must also contain the numbers one to nine.

Despite its Japanese name, the original concept of Latin Squares — a grid in which every number or symbol occurs once in each row — was dreamt up in the 18th century by Euler.

Nikoli spotted a version in an American magazine in the 1980s and brought it to Japan, where Sudoku was born.

It broke into Europe and the United States several decades later, with Britain’s BBC in 2005 writing about the puzzle that “began its gentle attack on the nation last year, and can now be found in four national newspapers”.

Kaji told the BBC in 2007 that creating a new puzzle was like “finding treasure”.

“It’s not about whether it will make money. It is purely the excitement of trying to solve it.”