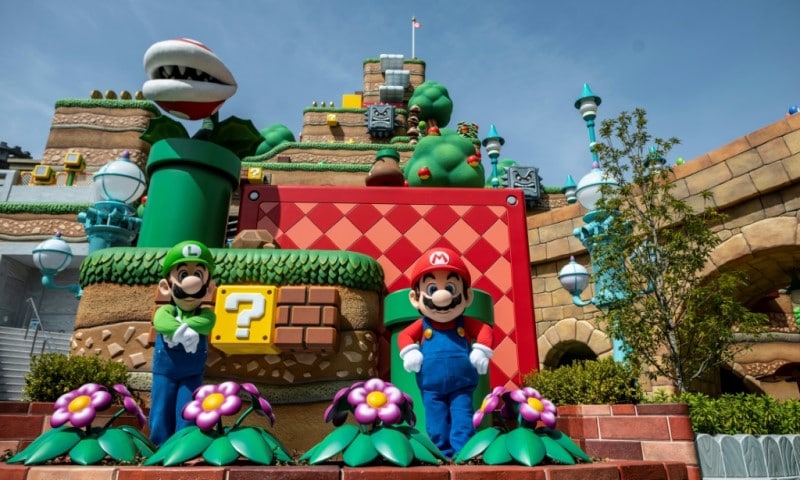 After opening its first theme park, Nintendo is planning a museum

After opening its first-ever theme park this March, Nintendo is giving fans something else to get excited about: a planned “Nintendo Gallery” museum set to open by spring 2024.

The Japanese gaming giant announced Wednesday it plans to repurpose an old factory site in Kyoto, where the firm is based, to exhibit its history and beloved gaming products.

“Nintendo has been discussing the possibility of building a gallery, as a way to share Nintendo’s product development history and philosophy with the public,” the company said in a statement.

The facility “where Nintendo‘s historical products will be showcased, and exhibits and experiences will be available” is expected to be completed by March 2024.

There was little detail yet on what fans of the company behind legends such as Super Mario and Donkey Kong can expect from the museum.

It will be built on the site of a plant located in Kyoto’s Uji city, which was built in 1969 and made Western-style playing cards as well as the Japanese playing cards called “hanafuda” that were Nintendo’s original bread and butter.

The plant also served as a video game console repair center, but operations were transferred elsewhere in 2016, and Nintendo said it had been brainstorming ways to use the plant ever since.

Nintendo began life in 1889 as a manufacturer of hanafuda cards and launched its first home video game machines, known as TV Game 15 and TV Game 6, in 1977.

The Super Mario Bros. games were launched in 1985, two years after the company began selling its Nintendo Entertainment System console.

Super Nintendo World, the company’s first theme park, opened in March after months of pandemic delays. It is part of the Universal Studios Japan complex in Osaka, and features a Mario Kart ride with a real-life Bowser’s Castle.