A Third Child? No, Thanks, Say Young Chinese 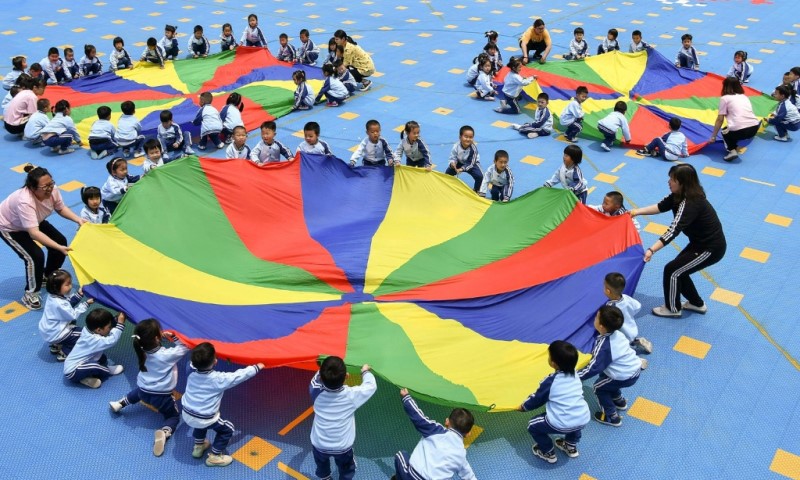 China wants its citizens to have more children, but with soaring costs of living, many do not want bigger families

China wants its women to have more children but for many young people, the government’s big promises of support mean little because of soaring living costs and changing mindsets about families.

“A lot of the women around me are quite repulsed by the idea of having children,” 22-year-old masters student Yan Jiaqi told AFP in Beijing. 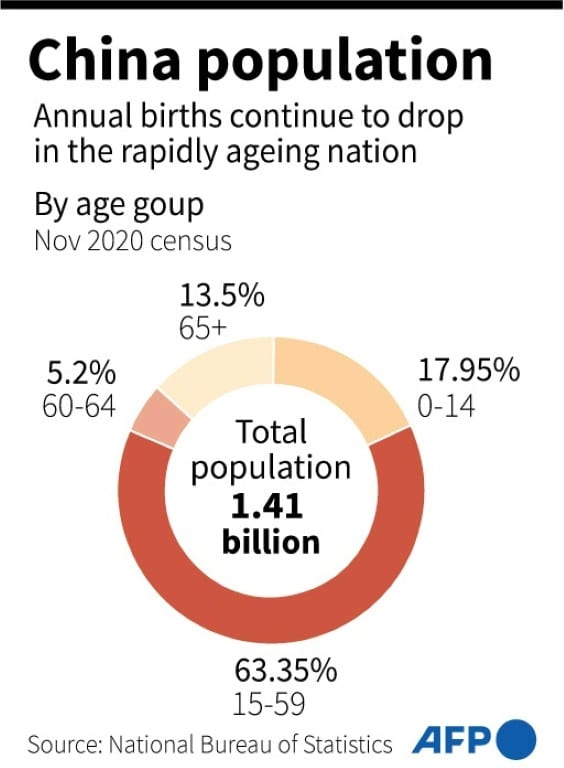 Age composition of the population in China, which will now allow couples to have three children.

“So don’t even talk about having three,” she said.

In 2016, China relaxed its “one-child policy” — one of the world’s strictest family planning regulations — allowing couples to have two children as concerns mounted over an aging workforce and economic stagnation.

The latest easing is part of an increasingly desperate effort to stir a demographic boom before China’s remarkable growth story is bogged down by the healthcare and pension bills for hundreds of millions of elderly.

For the country’s Communist leadership to be successful, it will have to persuade people like Yang Shengyi, a 29-year-old father of two, to have one more child.

As he visited a Beijing toy store with his family, Yang said two young sons were already more than enough in the competitive squeeze of China’s capital.

“We don’t have that much money and there’s not enough space at home, so I don’t think there’s any reason to have a third child,” he told AFP.

“When our second child was born, there was suddenly only half of everything, and where we could originally give each child 100 percent we can now only give 50 percent.” 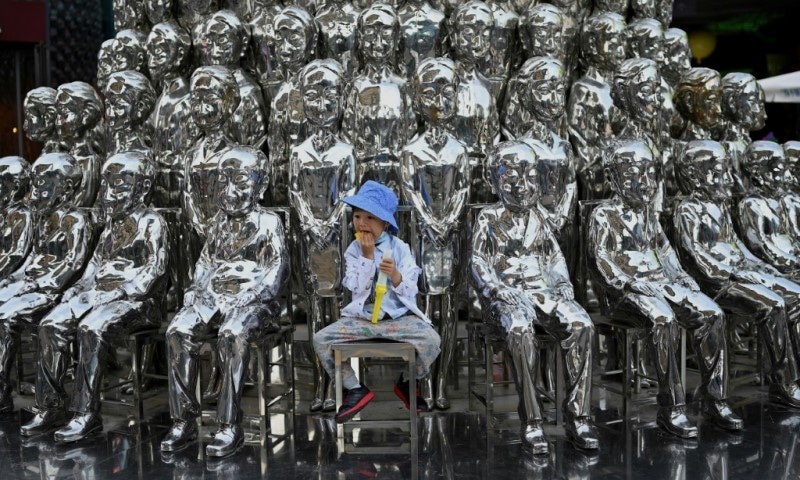 Paying for the Past

For others, the thought of having any children at all or even marriage is off the table, as urban life takes its toll — long working hours, expensive housing, and a punishing ladder into decent education.

Young people today “might not have any thoughts of carrying on the family name, and feel that their own quality of life is more important,” Yan Jiaqi said.

But the vague pledges to support couples — and women in particular — with work-life balance if they have more kids did not make fast friends on Chinese social media.

Instead, the new policy prompted derision among young Chinese already struggling with intense workplace competition and the pressure of supporting elderly parents without siblings to share the costs, thanks to the “one-child” edict.

Social media users circulated memes making light of the idea of having children — including an image of a discount-price triple-decker bunk bed — and celebrating the relative financial freedom of childlessness.

Others made raunchy jokes about boosting population growth.

Too late and too little

Experts say changing socio-economic conditions — including the intense educational investments families make in their children and women wanting more say in their careers and family lives — mean the government will need to do more than simply easing the rules.

“Having just one child or no children has become the social norm in China,” Yi Fuxian, a scientist at the University of Wisconsin-Madison, told AFP.

China’s fertility rate stands at 1.3 — below the level needed to maintain a stable population, according to the National Bureau of Statistics.

Other countries in East Asia have also struggled to boost birth rates, with families shrinking in South Korea, Japan and Singapore despite government incentives.

Yi said the relaxed birth policy was “too late and too little”, and that China’s best hope was to model its policies after Japan, “for example, providing free childcare, free education, housing subsidies for young couples”.

“Young people are under a lot of pressure,” a woman visiting the Bund in Shanghai with her only child, who did not give her name, told AFP.