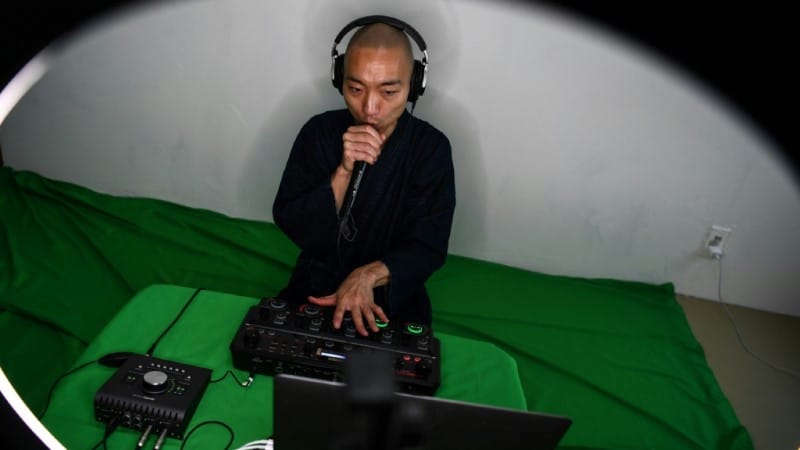 Yogetse Akasaka, a Buddhist monk and beatbox musician, presents a live stream performance at his home in Tokyo

The music grows gradually: first a snare drum-like beat, then a throaty drone layered on top, followed by high-pitched humming. And then the monk begins to chant the heart sutra.

The unique musical experience is the work of Yogetsu Akasaka, a Japanese musician and formally trained Buddhist monk who has become a viral phenomenon with tracks marrying religious chanting with beatboxing.

His Heart Sutra Looping Remix, featuring the 37-year-old dressed in the formal robes worn by Buddhist monks at funerals, has been viewed on YouTube more than half a million times since it was posted in May.

The seven-minute video was filmed in a studio, and shows Akasaka layering sounds via a beatbox device called a Loopstation and then chanting the religious text on top. 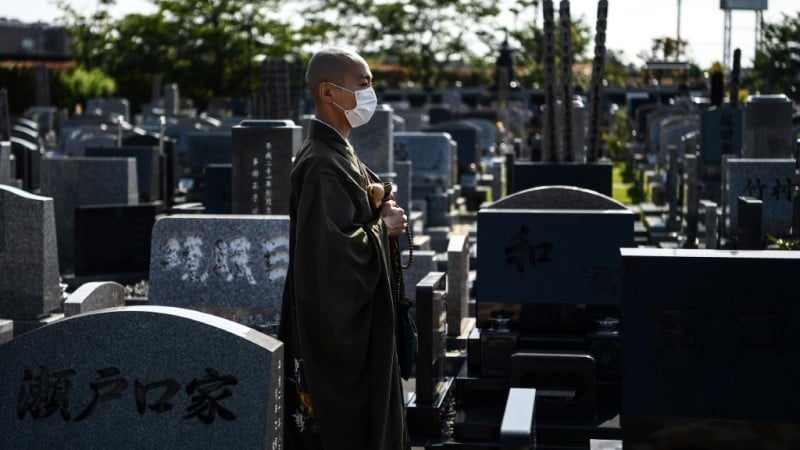 The idea came to him during the state of emergency imposed in Japan over the coronavirus pandemic, when both his work as a musician and a monk overseeing funeral and memorial services dried up.

“It was all canceled. So I had no job, I had no income. And to me, it was really a pain, but at the same time, I thought it was a really good opportunity to think about myself or to think about the future of Buddhism,” he told AFP.

“I was trying to find my own way to deliver Buddhist teachings to people not only in Japan but also all over the world.”

Akasaka has long been interested both in music and religion.

He began beatboxing around 15 years ago, buying a looping machine in 2009 to help him build layered sounds, and during years spent in the United States and Australia he occasionally busked to make money.

He came to religion a little later, initially rejecting suggestions from his father — who became a Buddhist monk in his 50s, when Akasaka was in high school.

“In Japan, it’s very common that the son of a priest succeeds their father… And so my father sometimes asked me if I wanted to become a monk and succeed him. And I would say no, I was not interested in it,” he said.

But after he turned 30, Akasaka began to reconsider as he thought more about the meaning of life and death, and he eventually spent a little over two years training to be a monk. 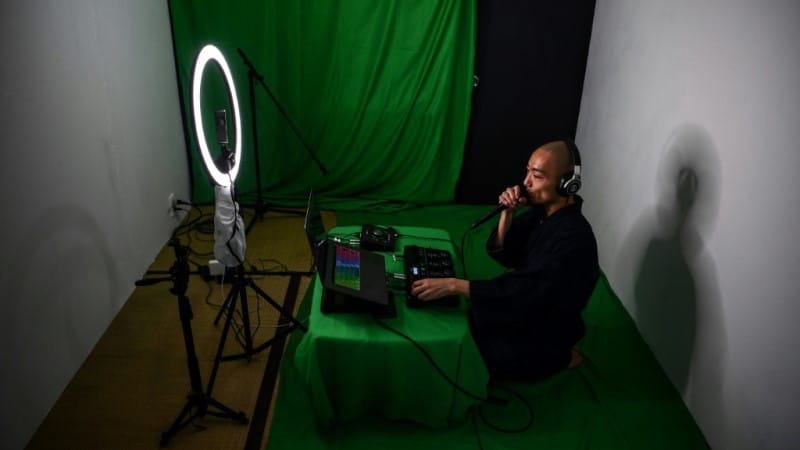 In Japan, it is not uncommon for monks to fulfil religious duties and maintain a non-religious career, like Akasaka’s work as a musician.

Recently he has organized livestreaming sessions of his music, soliciting donations to help see him through the pandemic.

But he also hopes that by combining his two passions, he can offer a fresh perspective on Buddhism to younger people, particularly in Japan, where he says the religion is largely associated with death and funeral rites.

“Most of them believe Buddhism is something for a person who died already. But it’s actually not,” he said.

“So maybe, if my music attracts younger people, it will be a good opportunity for them to know about Buddhism.”