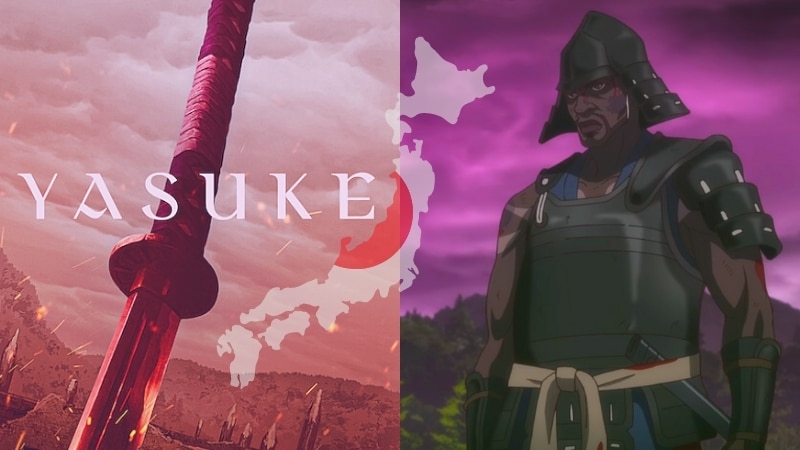 Created by LeSean Thomas, Netflix’s Yasuke is brimming with action, entertainment, and history. The story of this new Netflix series started a decade ago when Thomas read a Japanese children’s book named “Kuro-Suke,” or Black Samurai, about a strong African who defended feudal lord Oda Nobunaga before he committed seppuku.

While this story may seem nothing out of the ordinary today, it gets more controversial the more you think about it – feudal Japan is notorious for being homogenous, and while there are Hollywood films in Japan portraying Westerners, the story of the Black Samurai is still unknown to many.

Yasuke first arrived in Japan with an Italian Jesuit in 1597 since priests were not allowed to have guards or soldiers. He stands over six feet tall.

In the series, Academy Award Nominee Lakeith Stanfield lends his voice to the character. This is his latest role after his breakout performance in Atlanta’s first two seasons. Aside from Yasuke, he also voiced Guy in Bojack Horseman and appeared in films including Judas and the Black Messiah, and Knives Out.

Its character designs were done by Takeshi Koike of Lupin the Third, and the animation was the brainchild of Mappa, a Japanese studio that also worked on Attack on Titan: The Final Season.

Despite being based on real-life events, the new Netflix series contains tons of fantasy elements.

“Animation is always the medium where you can do things that real people can’t do,” Thomas said in a statement. The show features otherworldly fight scenes, magical beasts, and even robots. However, the real-life element of the show was still maintained.

One of the most notable scenes in the series shows the first meeting of Yasuke and Nobunaga. After Nobunaga witnesses Yasuke’s victory in a street fight, he asks him to be cleaned, believing he was only covered in dirt, to which Yasuke replies “I was born with Black skin.” The same interaction with other characters is mirrored throughout the show.

After the momentous encounter, Nobunaga celebrated Yasuke’s membership in his court with a party, and he started serving the feudal lord immediately.

Hopes for a Second Season

Despite being a huge hit with fans and critics, Netflix still hasn’t announced plans for Yasuke’s second season. However, viewers are still hopeful considering the show made it into the top ten of almost 50 different countries, including the USA.

In an interview with Comicbook.com, Thomas dropped a hint about the future of the show.

“I can’t say too much, but the response has been really great and it would be great to become more than what it is,” he shared, adding that he’s very excited for the fans digging into the show.

But even though Netflix gives the second season a green light, fans would be waiting until late 2022.

While Stanfield would surely be back as the voice behind the lead, the fate of the other voice actors would entirely depend on the second season’s plot. The anime series is expected to grow since Yasuke is considered the first foreigner in Japan to be given warrior status.