Eight Years After the Meltdown

Tokyo Electric Power Company Holdings (TEPCO) owns the Fukushima Daiichi Nuclear Power Plant, and has been under fire for almost a decade now because of the magnitude of the nuclear disaster. Today, TEPCO has a dedicated page on its website that states that it is doing everything it can with regard to decommissioning work. It states that it will take 30-40 years to fully decommission the reactors, and it has released 100,000 pieces of radiation data annually.

Well and good, but TEPCO’s activities definitely cast a shadow on what should be decommissioning work aimed at keeping everyone safe from radiation, not just the Japanese people. TEPCO has been cooling down the melted reactors with treated seawater all these years, and that radioactive water, so far, has been languishing in sealed vats stored around TEPCO’s property.

Currently, TEPCO is holding in its possession well over one million tons of radioactive water that contain tritium, a radioactive isotope from hydrogen. The current state of the science is unable to remove this isotope from water, making the water dangerous if released. In addition to tritium, TEPCO admits that there are also other radioactive compounds in the water as well.

The Japanese government has taken no action on the suggestion of releasing the radioactive water to the ocean, which so far has enraged Japanese fishermen and has also garnered the scrutiny of nuclear organizations and heads of state around Japan. The Japanese government is being pressured to make a decision long before the upcoming Tokyo Olympics and Paralympics.

In September 19, a Tokyo district court acquitted three former TEPCO executives from criminal prosecution arising from the nuclear accident. This comes after the initial judicial review carried out in 2015 by ordinary citizens that TEPCO executives should be put on trial for what happened.

The judicial review forced Japanese prosecutors to proceed with the litigation of the executives. Two years after, a court ordered the company to pay 38.6 million yen, or $493,000 to affected residents who fled their homes that happened to be around the widened evacuation zone, which grew to 20 kilometers within the accident year.

The TEPCO executives pleaded not guilty to the charge of professional negligence resulting in death and injury. One year later, another ruling ordered TEPCO to pay $10 million in fresh damages to the plaintiffs of the criminal case, which was far higher than what the plaintiff had initially offered to the victims. 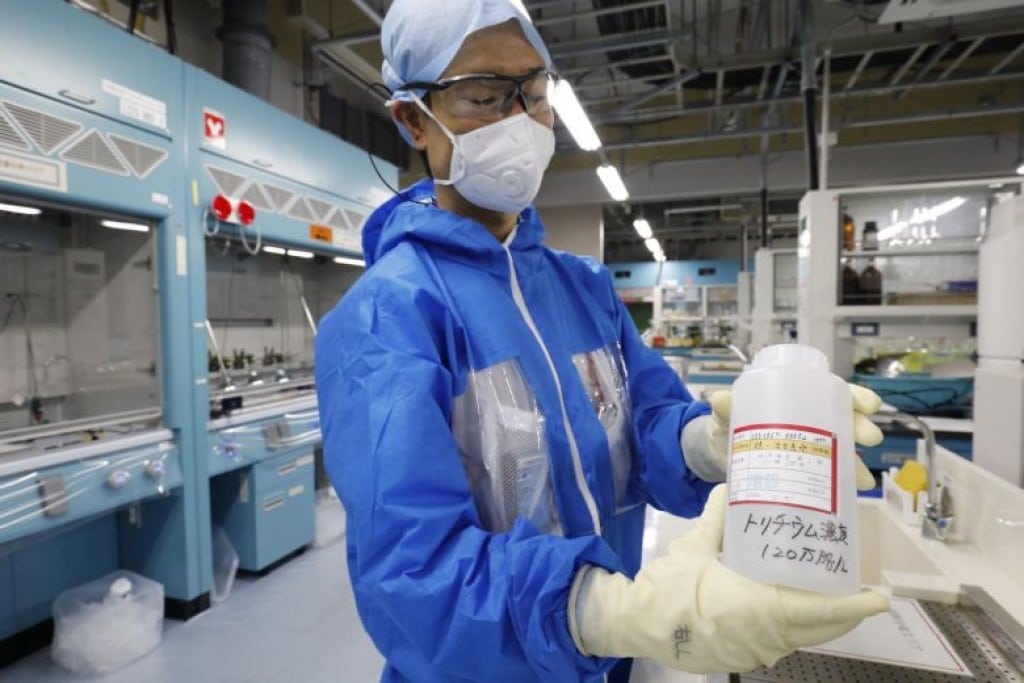 Radiation Levels and Their Effects

In the SI system, the unit mSv refers to the average accumulated background radiation exposure of one person for one year. 1 mSv is the result of exposure to 1 milligray (mG) of radiation.

On September 9, 2019, the International Atomic Energy Agency (IAEA) received a copy of Japan’s report on the discharge record and seawater monitoring results. Purified groundwater pumped from the subdrain and groundwater drain systems still contained radionuclides, including Cs-134, Cs-137, Gross α, Gross β, and Sr-90. TEPCO has been clear for years that it wasn’t capable of completely removing nuclear material from the water used to cool the cores that were damaged eight years ago.

TEPCO’s stance, which hasn’t changed for years, brings into question just how safe the world is from the radioactive water. Furthermore, TEPCO stated that it is also running out of space to contain the waste water. The easy way out would be to begin dumping this water into the ocean. However, Japan is proximate to Korea, Malaysia, and many other states who want nothing to do with the consequences of the nuclear accident. People’s lives are also at risk, as the medical community continues to be uncertain as to how radioactive foodstuffs can affect the human body over a period of generations. The idea of exposing people to radionuclides that can increase the risk of different kinds of cancer is unacceptable. Japan’s Nuclear Regulation Authority seems to be thinking along the same lines, as it has decided to reboot the probe as to why the plant’s cooling system failed, which resulted in the catastrophic meltdown of three reactor cores.

The initial probe was suspended by the NRA because the affected structures had been deemed too dangerous to enter, save for the committed employees of the TEPCO itself. The World Health Organization’s analysis of radiation exposure of the Japanese within the affected zones in Japan stated that the Japanese were exposed only to “very low” levels of radiation. Even those who were exposed to 50 mSv/yr were still deemed safe, as per the international SI system for accumulated background radiation exposure.

A related report by the World Health Organization stated that the Japanese government did report the presence of radioactive iodine and caesium in concentrations that were above the regulatory limit in some food commodities in the country. However, this was during the early period of the incident.

Japan’s Ministry of Health, Labour and Welfare currently publishes a comprehensive archive of radionuclide test results for food in the country. In a July 2019 report, several food items tested positive for radioactivity levels exceeding limits in each prefecture.

(All other prefectures tested negative)

As we can see from the report, it appears that radionuclides released into the air and into the land (as well as groundwater sources) are still contaminating some food items and agricultural products in Japan – eight years on.

If landlocked food items like ferns can become radioactive and exceed regulatory levels for radiation, what happens to seafood from Japan’s seas and neighboring countries if TEPCO’s water waste is released gradually into the ocean? While the Japanese government is quick to dispel any anxieties about this possible move, it remains that long-term studies on radioactive food contamination have yet to be released by the scientific community.

We don’t know how these radionuclides will affect the human body over a period of years. What kind of genetic damage are we looking at? What kinds of health risks are we exposed to because of the continuous release of tainted water from TEPCO’s plant? If Japan’s tainted seawater have reached North America and Canada, what happens to the rest of us around Japan?